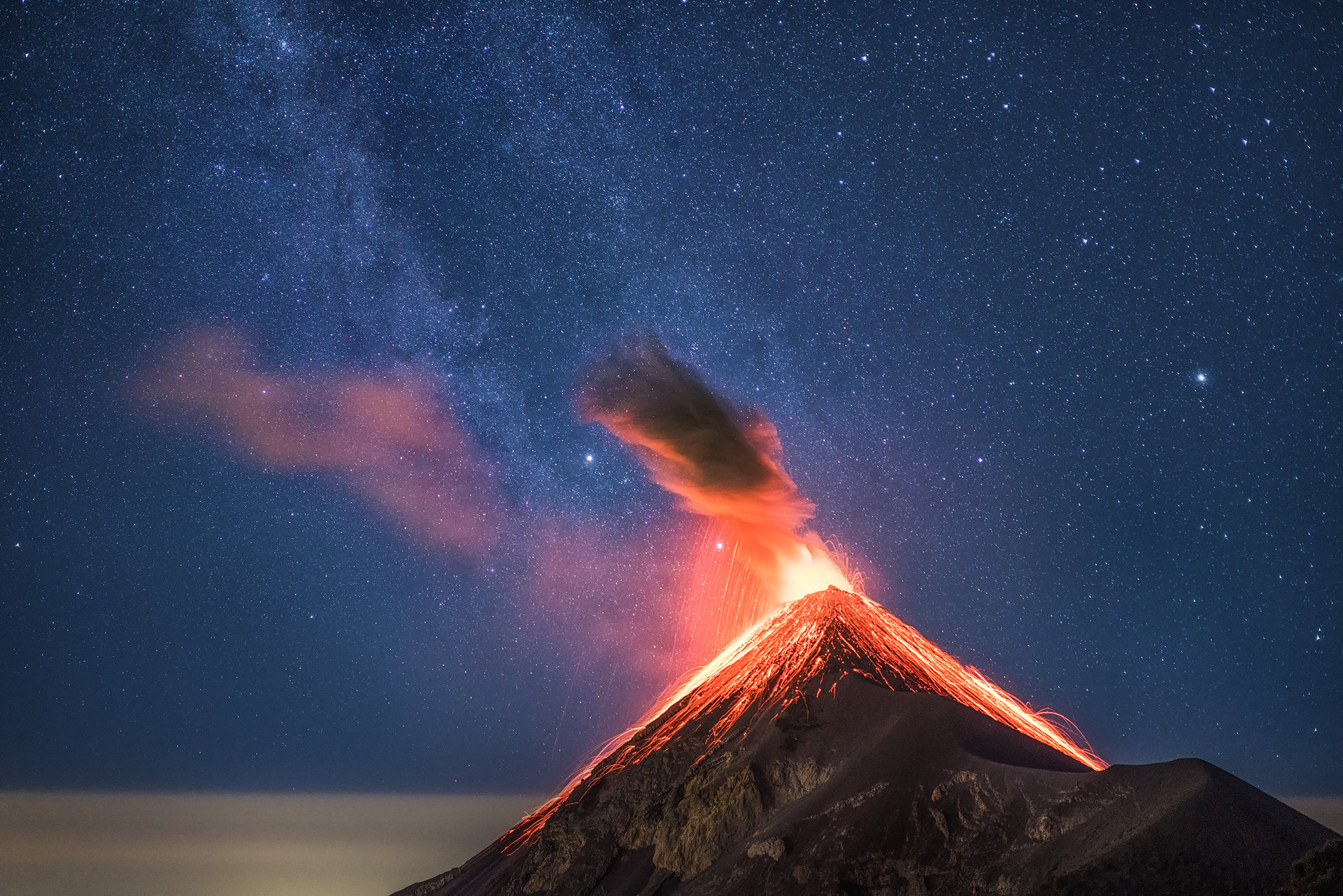 A few weeks ago I went to Guatemala to try and shoot the eruption of Fuego, an active volcano on the edge of a little town called Antigua Guatemala. But I didn’t just want to shoot the erupting volcano, I wanted to align the eruption with the Milky Way to create something unique.

I planned everything carefully using all the tools that I had at my disposal. First of all, I used PhotoPills to plan the position of the Milky Way. Then I used the tools I found at Volcano Discovery, which allowed me to monitor the volcano’s activity live using seismographs and webcams. And lastly, I called the local weather station in Guatemala multiple times to get a recommendation about the weather above 3000m.

When clear skies were predicted, in combination with lots of activity, I made my move. 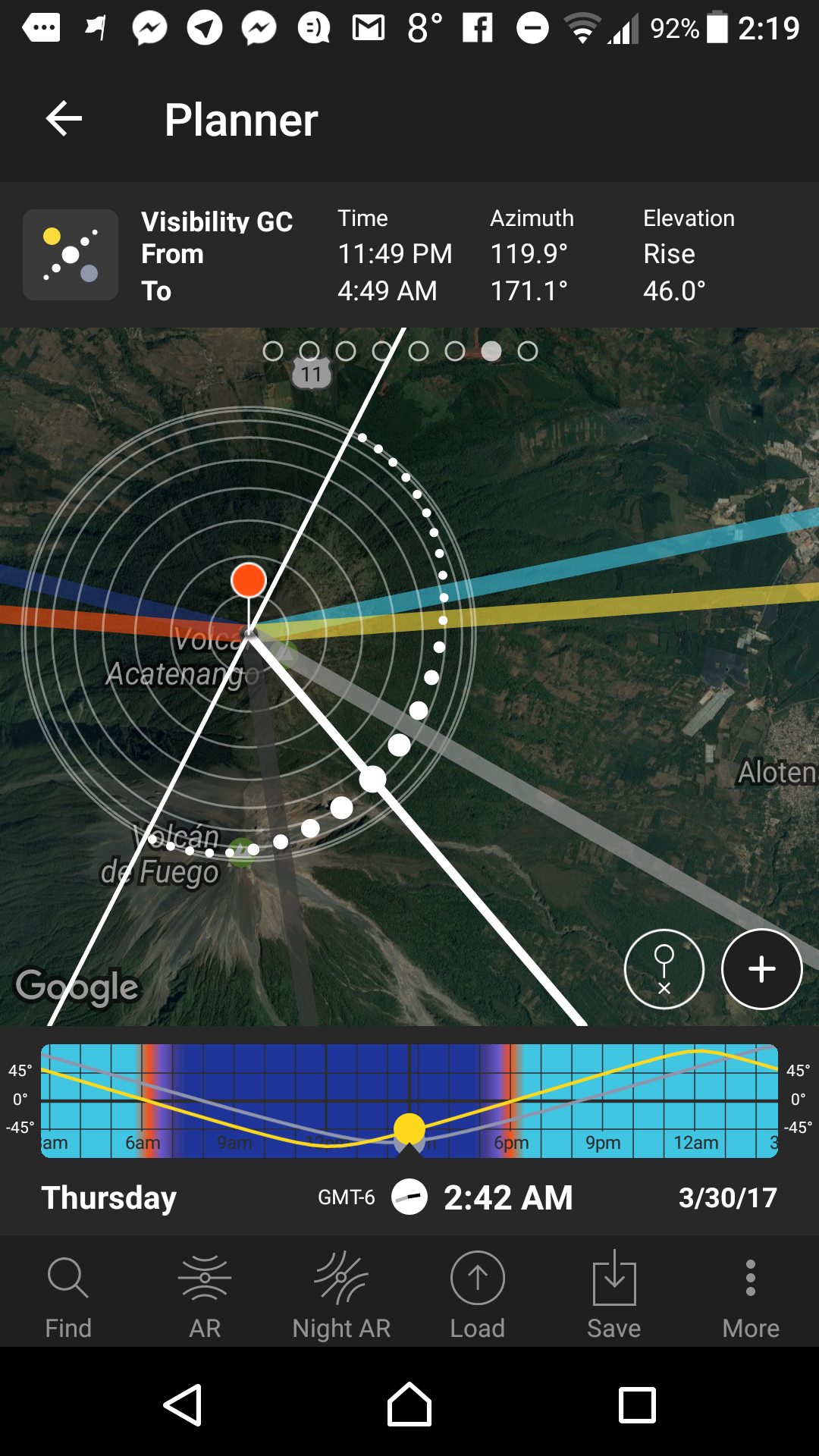 I made this plan a few weeks before going to Guatemala—this was the plan for March 30th, 2017, although the plan wouldn’t differ too much for the days around this date.

As you can see from the screenshot above, the Milky Way would spread over the panoramic view on the right of the Fuego volcano at around 3AM as seen from the Acatenango volcano where I would be standing. By planning and visualizing this in my head, I could see how the optimal shot would unfold.

Finally, after a very difficult and steep hike, I found myself on the Acatenango volcano the next day, arriving before sunset. It was very cloudy and I couldn’t even see the Fuego next to it; however, clouds were moving fast and I knew it was probably going to clear up. It did.

When I saw the volcano erupting up close, combined with the powerful sound it made, I was just paralyzed. This was amazing. It was literally one of the most impressive natural phenomenon I had ever seen.

My research paid off, and all the elements I needed to create the shot I wanted slowly started to line up—it’s a great feeling when things go as planned. When it began to get dark, the real show started. As Fuego kept erupting, the glowing lava now became visible.

It looked like something you would normally only see in the movies.

This is an example of the huge contrast between the bright lava and the night sky. It’s extremely difficult to shoot in a single exposure.

The lava is overexposed here while the rest is very dark. For good, close-up shots with the Milky Way, I had to wait for the beginning of morning blue hour and hope for a good eruption. During that time, part of the Milky Way would line up with the volcano as well.

All of the images you see here still don’t do justice to the reality. Seeing the volcano erupt at night is one of the most beautiful things I have ever seen.

Here are a few phone shots I took with my Sony Xperia XZ: 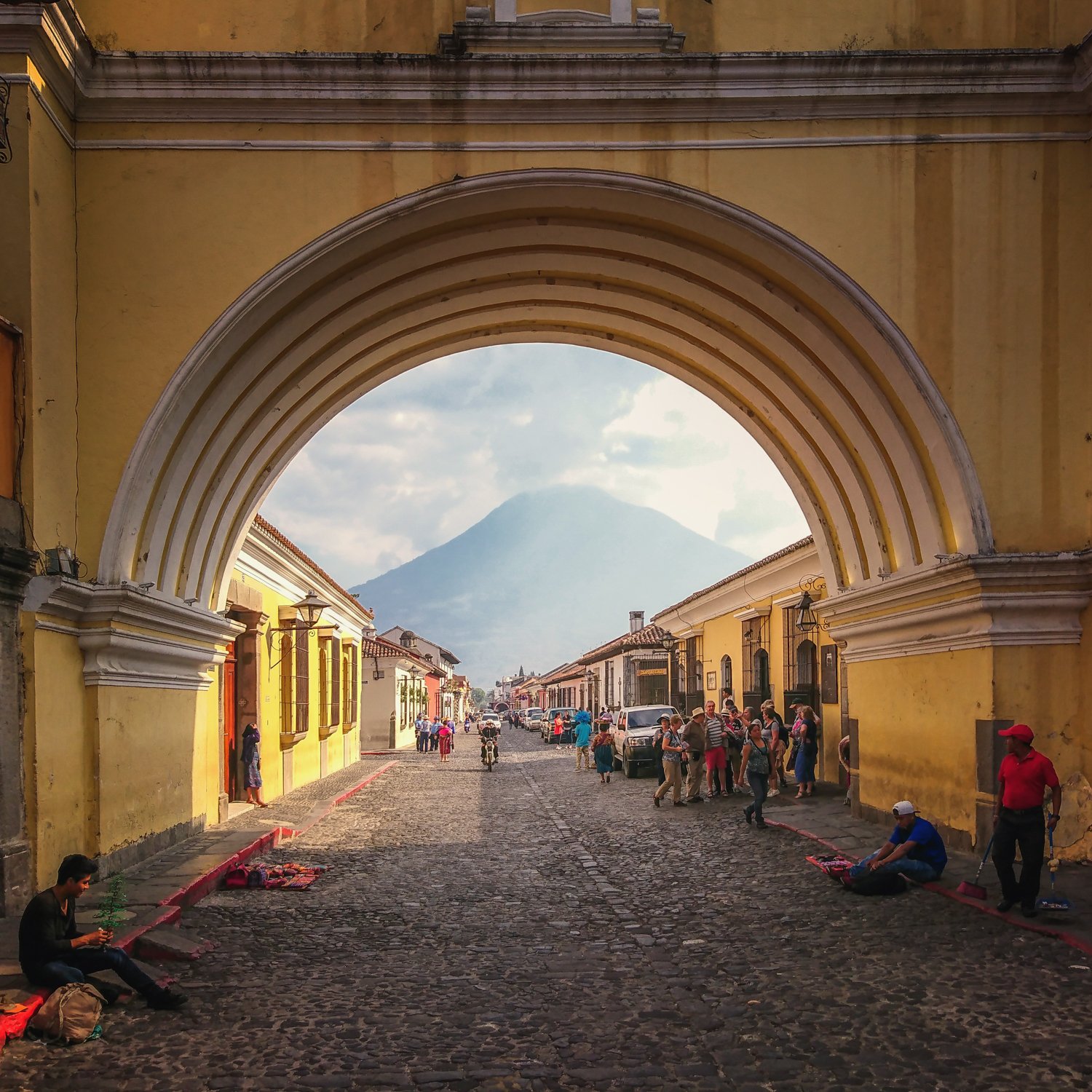 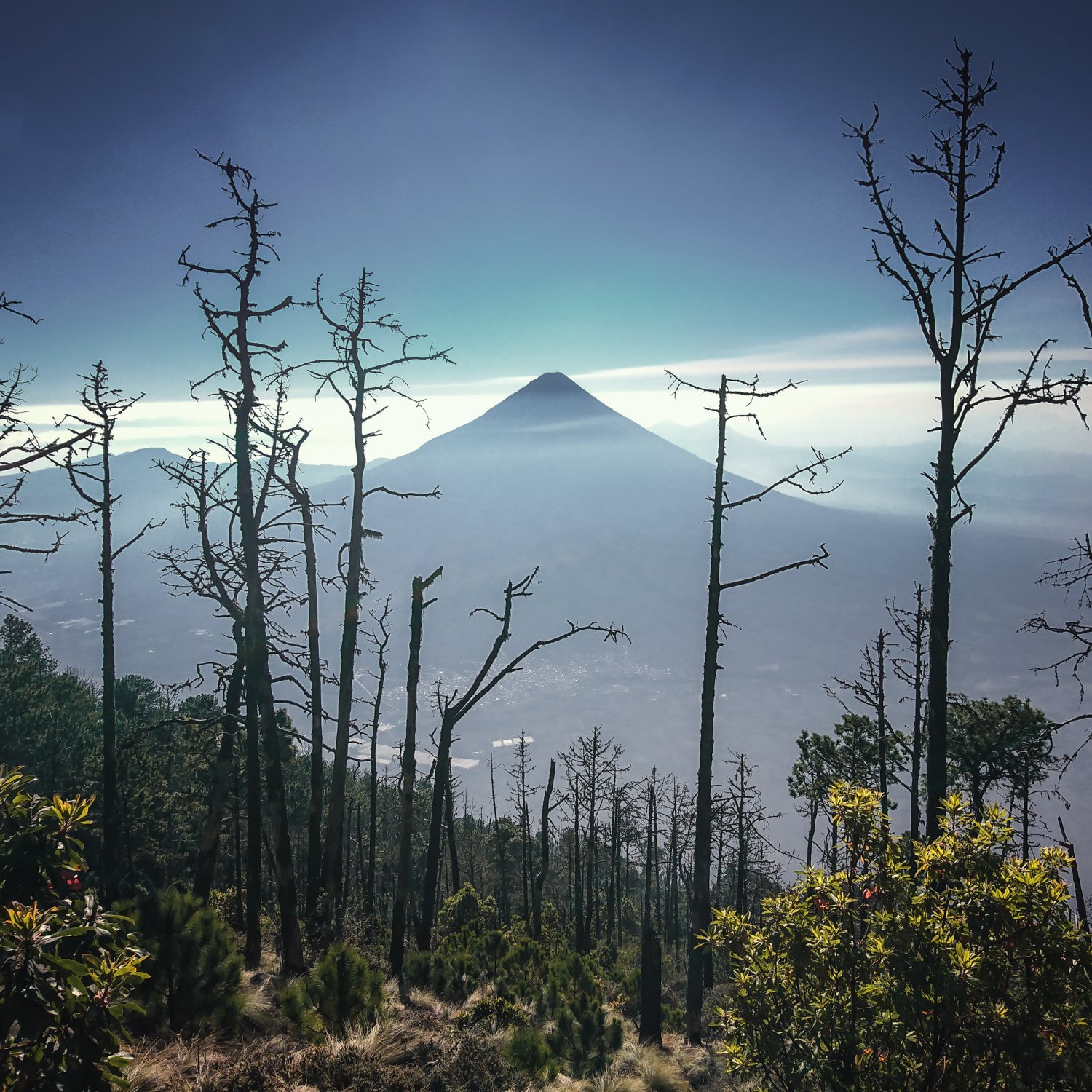 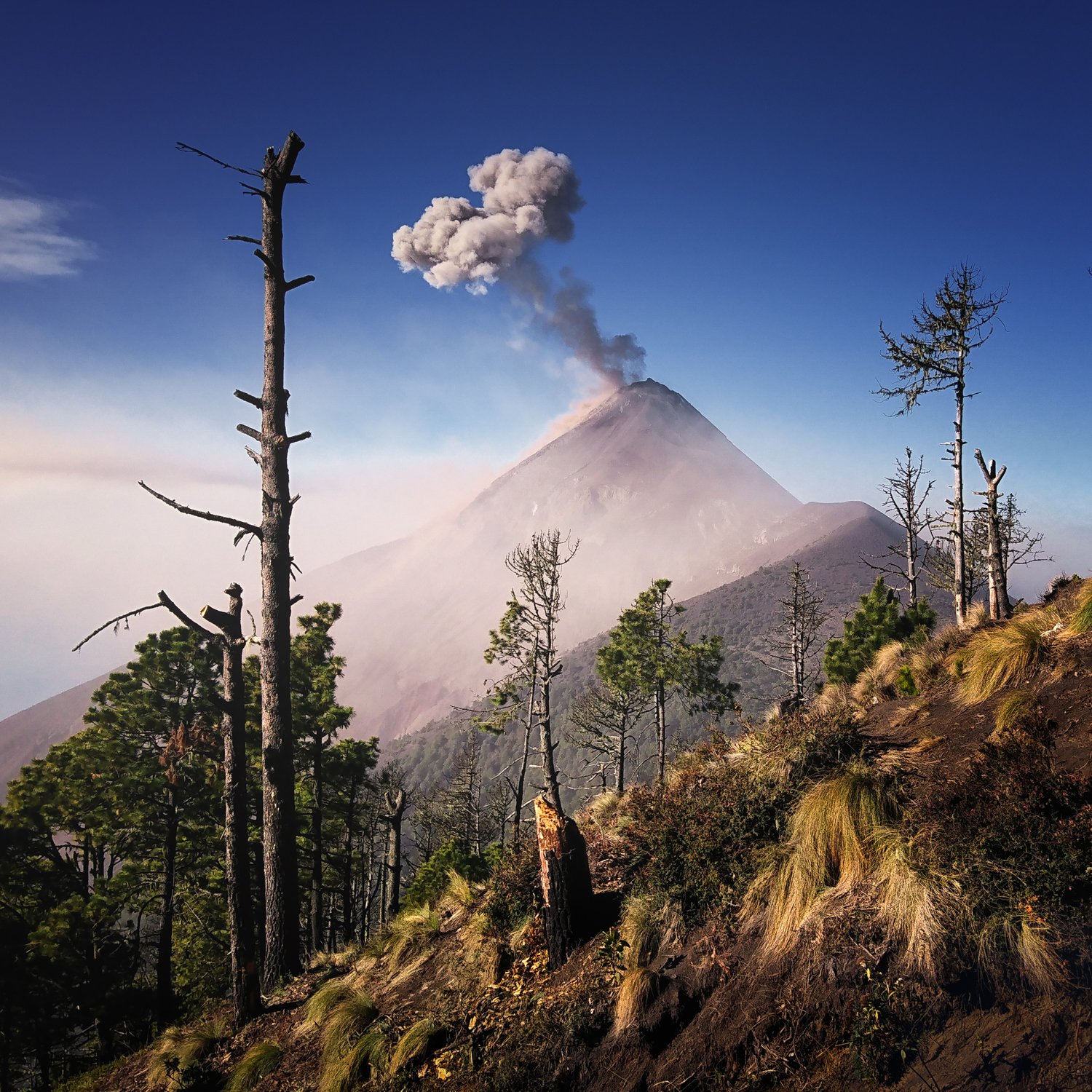 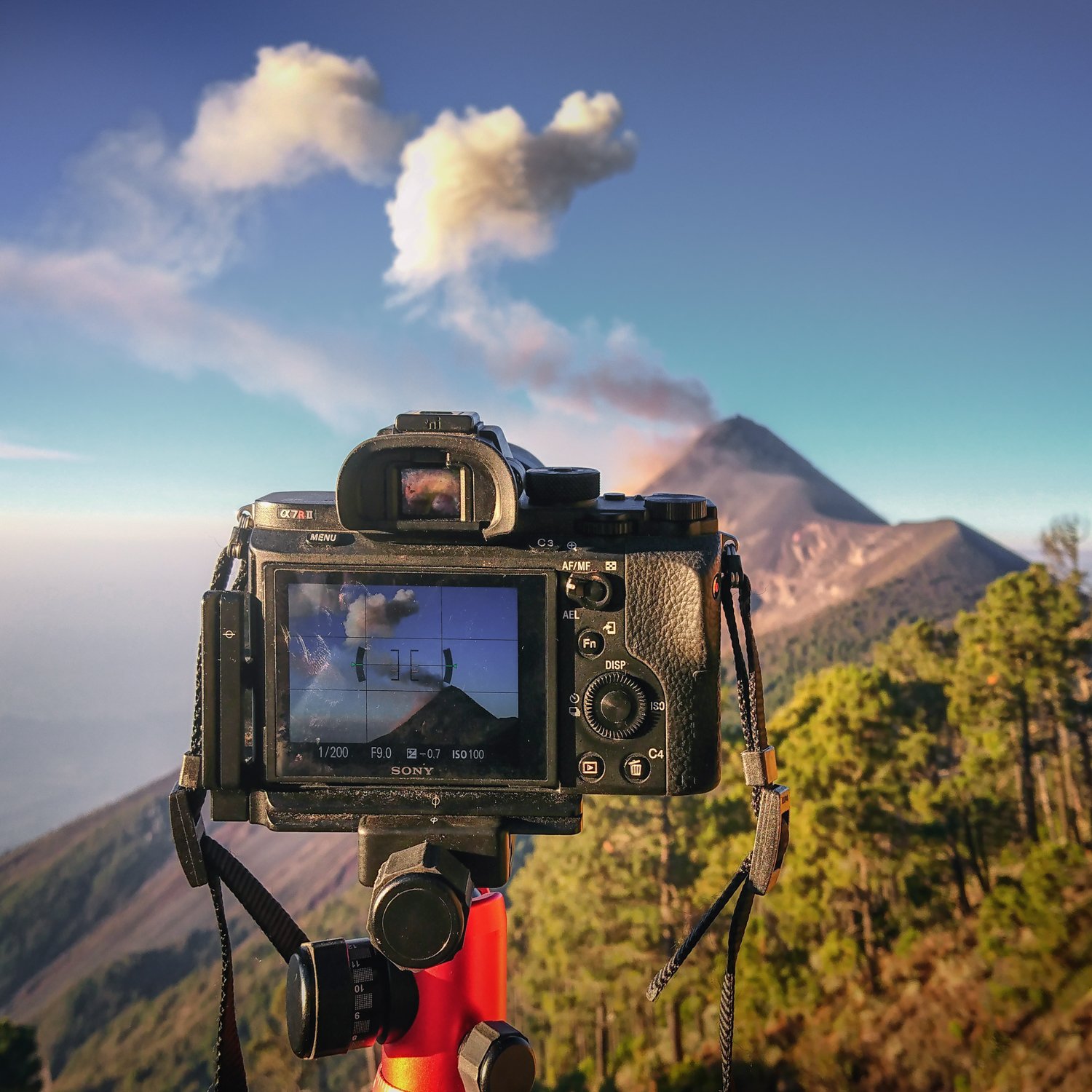 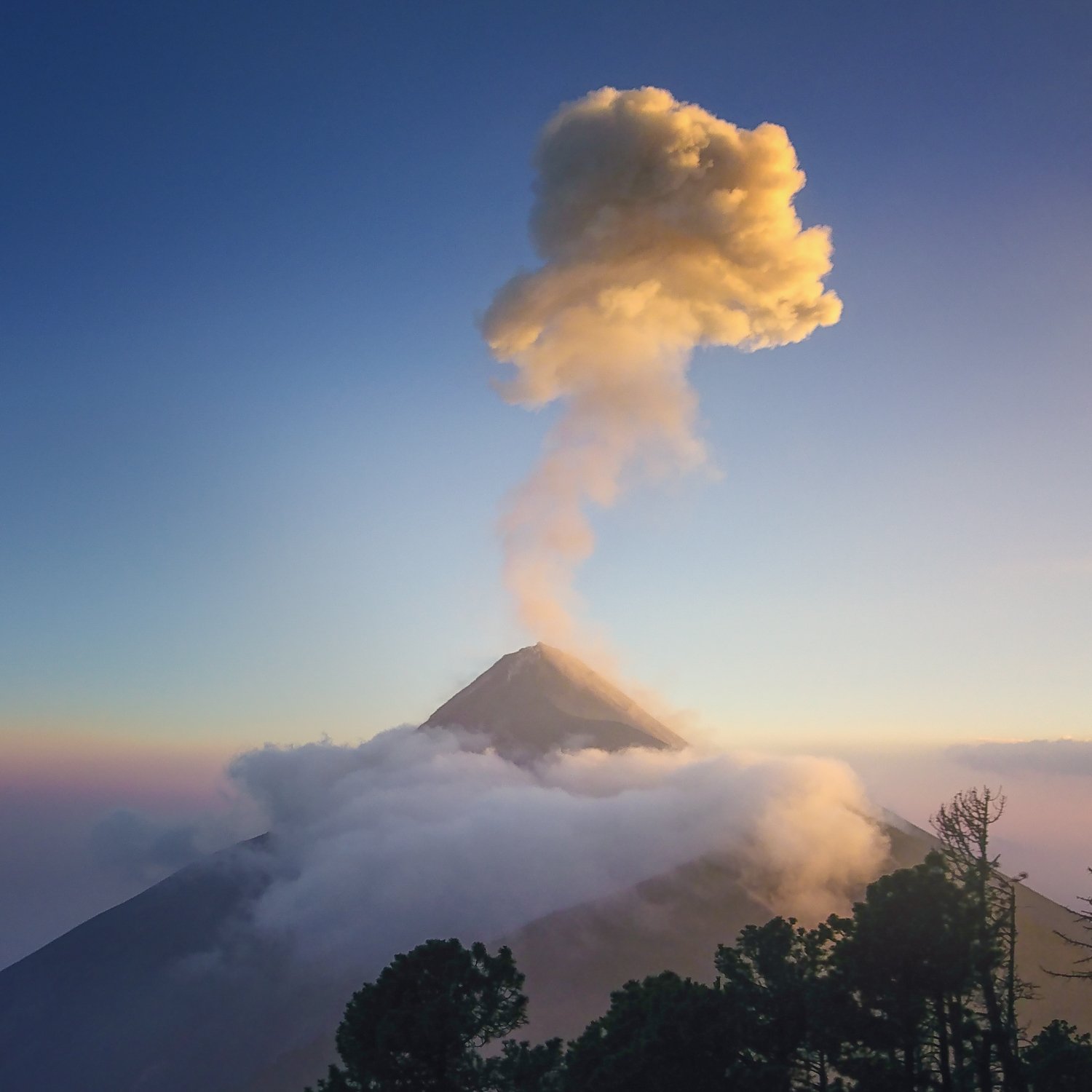 About the author: Albert Dros is a 31-year-old award-winning Dutch photographer. His work has been published by some of the world’s biggest media channels, including TIME, The Huffington Post, The Daily Mail, and National Geographic. You can find more of his work on his website, or by following him on Facebook and Instagram. This post was also published here.