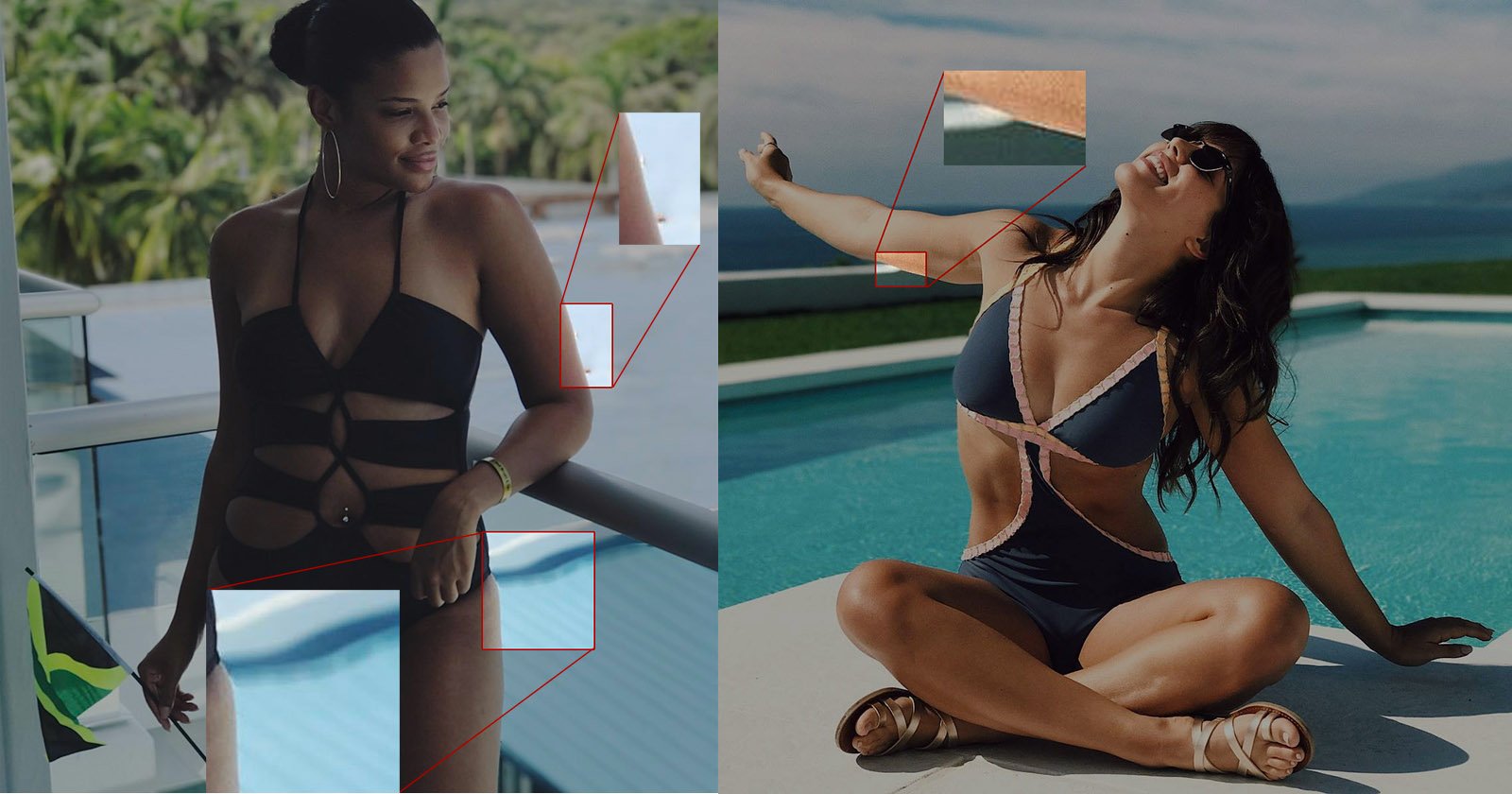 Oops. A few days ago, we reported that Target had launched a new, Photoshop-free social media campaign for their new swimsuits. The company has been praised for the move, but some of their ambassadors might not be playing along. A couple of the photos show signs of being ‘shopped.

Alex Cooke over at Fstoppers first noticed the issues earlier today in one of dancer Megan Batoon’s photos, and more obviously in one of TV host and model Kamie Crawford’s sponsored Instagram posts, complete with the tag #unretouched.

The first, Batoon’s photo, is minor… not much done there, to the point where we’re not even sure this is anything: 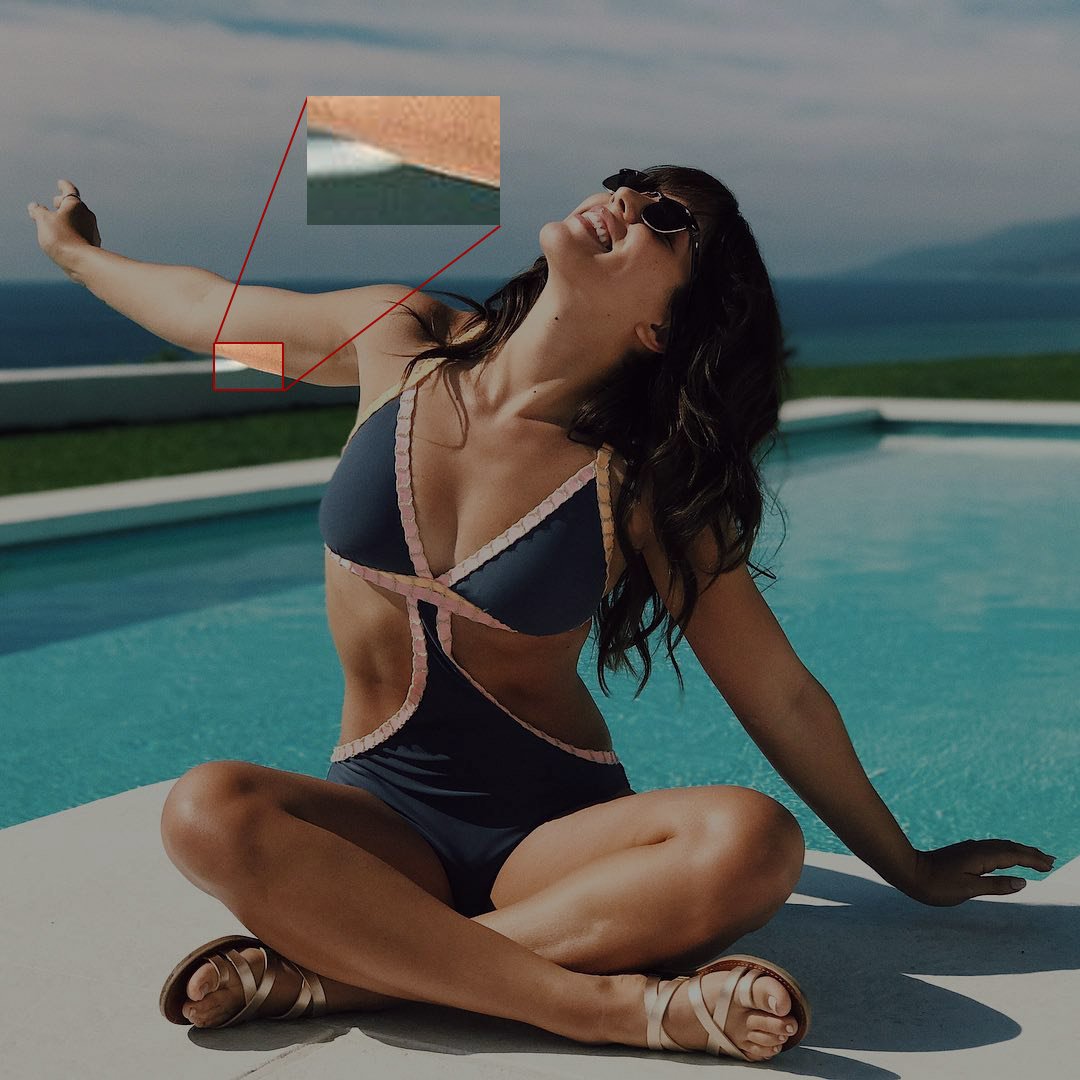 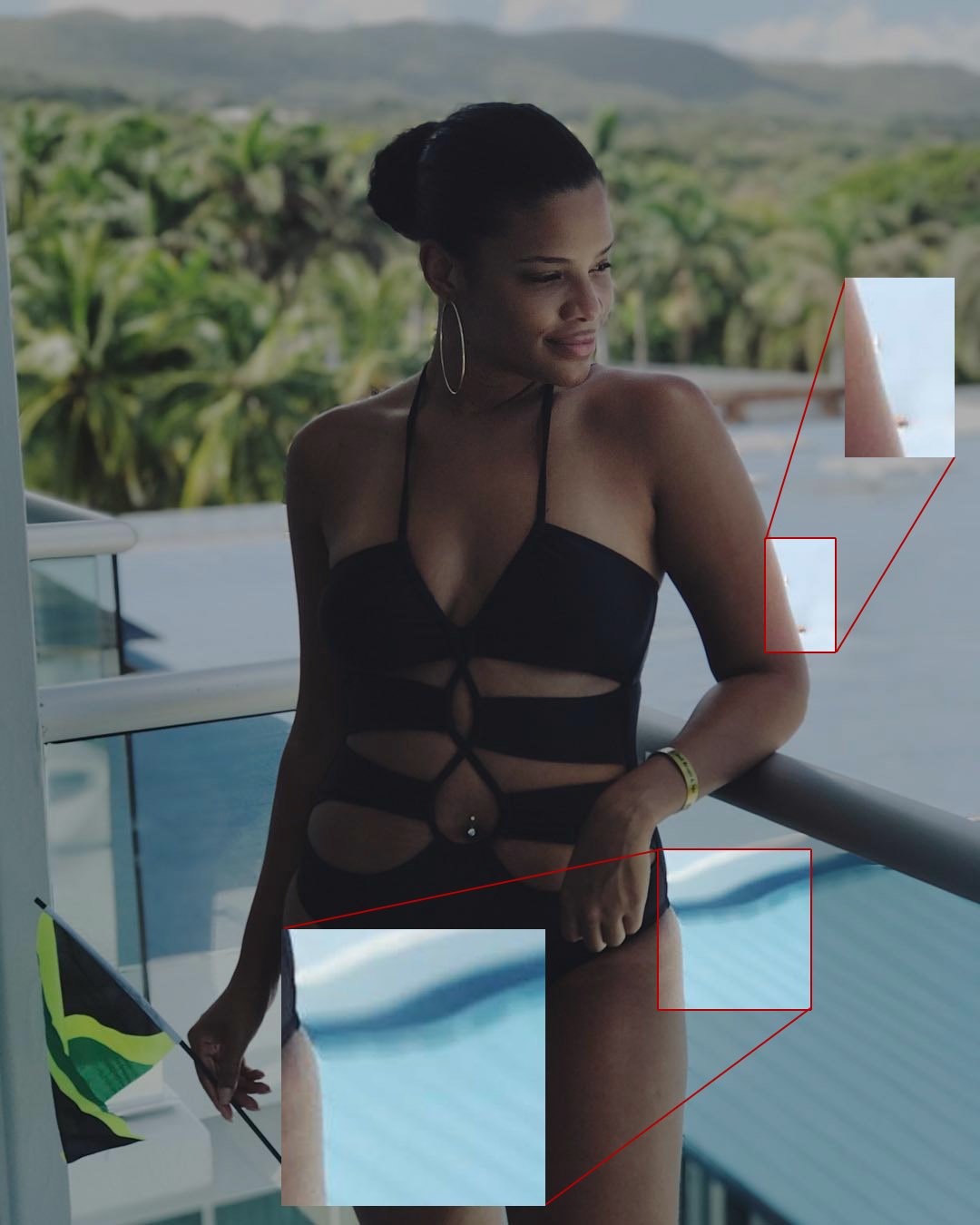 To be honest, we’re not 100% sure either of these photos have been liquified. Although the placement of the “warps” is suspect, the first is so small as to be negligible, and the second may be due to Crawford’s hip, which is being pressed against the glass on the balcony. The smudge on her upper arm… that’s a bit harder to explain.

Of course, even if these are retouched, it’s hardly Target’s fault if their ambassadors go rogue; however, since this campaign is all about “showing off their authentic selves” and “true beauty without filters,” we wonder if retouched photos constitute a contract violation.

We’ve reached out to Target PR for comment, and will update this post if and when we hear back. In the meantime, let us know what you think. Are these botched photo edits on images that are supposed to be #unretouched, or anomalies that can be explained away?

I Built a Panoramic Photo Rig Made of 6 Nikon DSLRs, and It’s Awesome

Quick Tip: Three Composition ‘Rules’ and How to Break Them