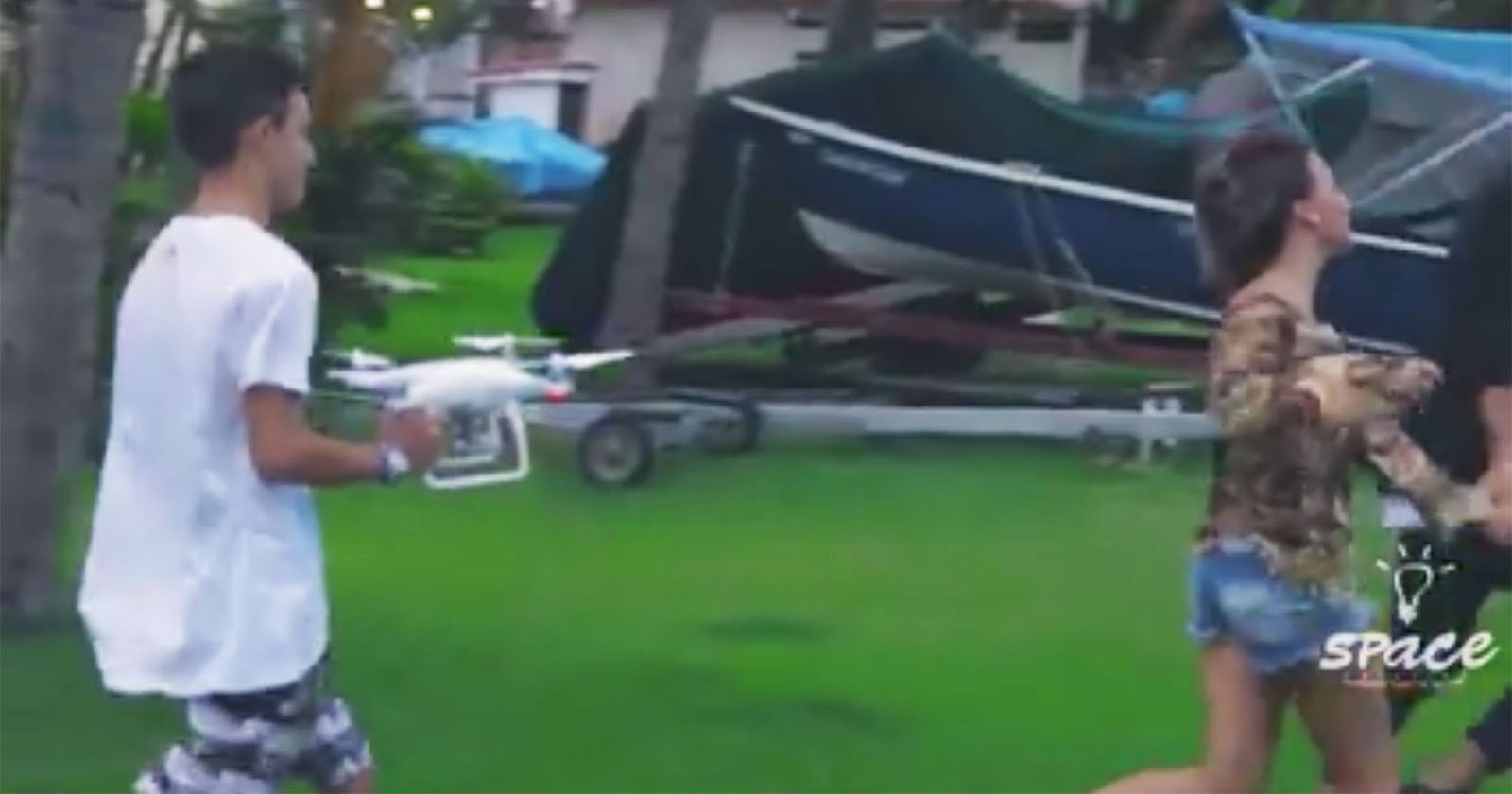 Credit where credit is due: this is a creative workaround. If you need a way to stabilize your footage, but you don’t have any kind of gimbal or steadicam to work with, why not just shoot the thing by hand-holding your drone?

That must have been the thinking behind this video by a small Brazil-based production house called Space Criative. They show how a whole ‘cinematic’ couples video was filmed by using a drone that never actually took off. Instead, one of the Space Criative guys used it as a hand-held camera and followed the couple around; and you have to admit: from candid shots to running footage, the little DJI Phantom did a pretty good job keeping the footage stable!

This kind of “outside the box thinking” is exactly what the little production house says it’s all about. “Space is different,” says the company description. “We think outside the box. A producer who gives the real meaning of the word ‘creativity.'”

It looks like GoPro messed up with the Karma Grip. I mean, who says a drone’s gimbal has to be removable? Nobody, that’s who.

Powerful Portraits of Refugees and the Smartphone Photos They Cherish Most