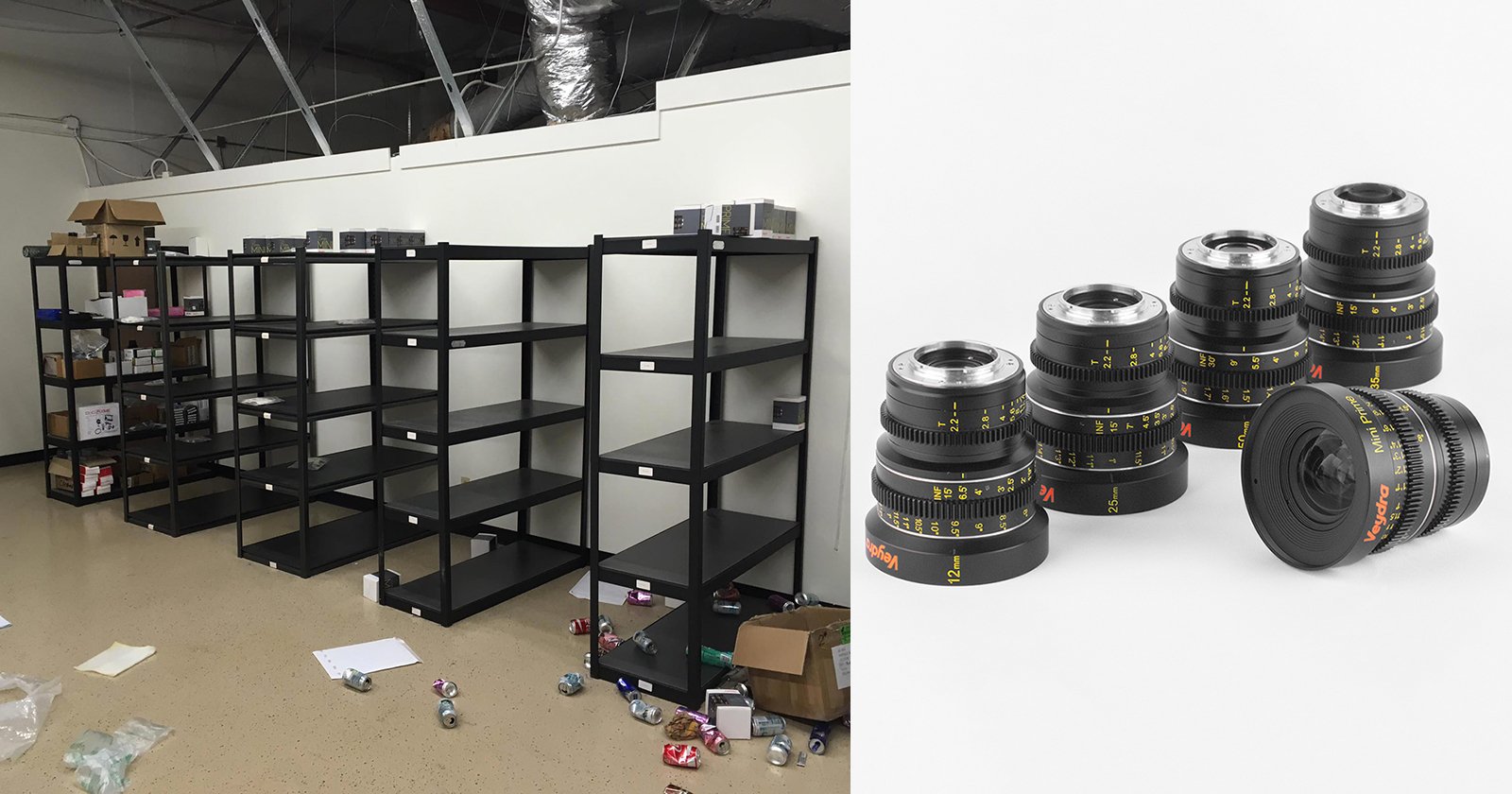 Veydra Optics—the California-based lens manufacturer who made their name by releasing the first series of Micro Four Thirds cinema primes—fell victim to a huge theft this weekend. 200 of their “Mini Primes,” a large chunk of their total inventory, were stolen this weekend.

The thieves apparently broke into Veydra HQ in California sometime between Sunday night and Monday morning, making away with over 200 of their popular Mini Prime cinema lenses. Each of these lenses sells for about $1,000, amounting to a retail-value loss of over $200,000 for the company.

The theft was announced last night in a Facebook post, accompanied by this tragic photo of the freshly-cleared shelves at Veydra HQ:

“We are offering a reward for any information leading to return of Veydra Mini Prime lenses from our inventory,” writes the company. “Please share and tell your friends. Veydra lenses will be available again but it may take some time to fill orders so we appreciate everyone’s help and patience while we recover from this significant loss. Thanks for your help in keeping our dream alive.”

If you have any information that might lead to the thieves, or if you see any crazy deals on Veydra lenses online, reach out to the company over email at [email protected].

This latest instance of company theft is incredibly unfortunate, and we hope Veydra recovers quickly, but it’s definitely not the worst we’ve seen. In 2015 LensProToGo, had over $500,000 of gear stolen; and before that, in 2014, Blackmagic Design and two other companies were ‘relieved’ of nearly $2 million in goods.

Sadly, the photo industry with its expensive equipment and deal-hungry buyers makes a tempting target for thieves.

Who Shot It Better? Emma Watson by Tim Walker vs Kerry Hallihan

Retouching Interiors in Lightroom and Photoshop: A Crash Course