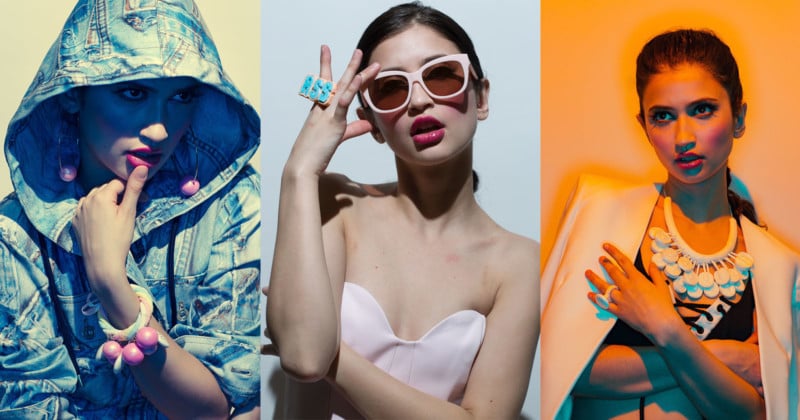 I recently collaborated with food typographer Danielle Evans. She approached me with the idea of doing a beauty shoot except the jewelry would be made out of candy that she crafted. I was intrigued and immediately began planning.

I knew that when it came to lighting I wanted something bright and colorful to match the playfulness of the jewelry, but I didn’t put much more thought into it than that (I tend to wing it).

When it comes to lighting, I find that I move through phases. Last year, for example, I was really into hard light. While I still use hard light quite a bit, my focus has shifted to mixing light qualities, be they hard/soft or gelled/un-gelled, the latter being how I lit this shoot. 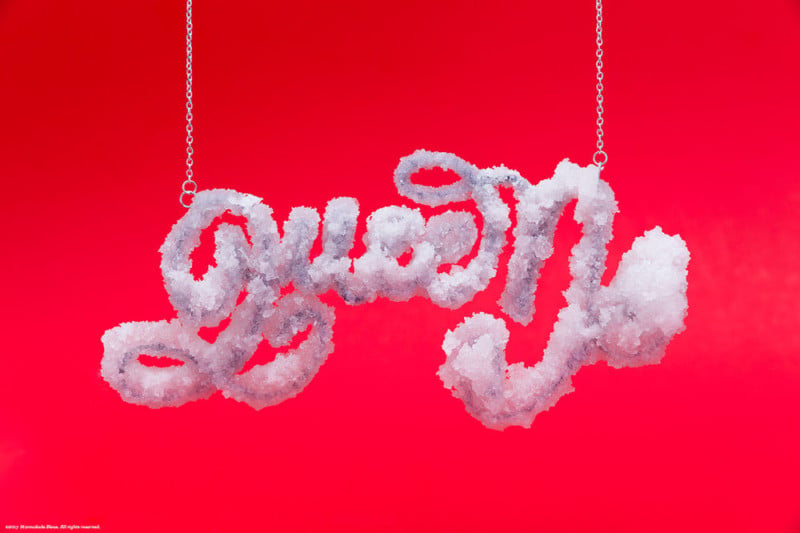 As you can see above, when it came to constructing the jewelry, Danielle knocked it out of the park. She literally grew rock candy around the wire lettering to make this necklace. While Whitney brought many great styling options to the shoot, I wanted to make sure and edit to ensure that the jewelry was the king—er, queen. 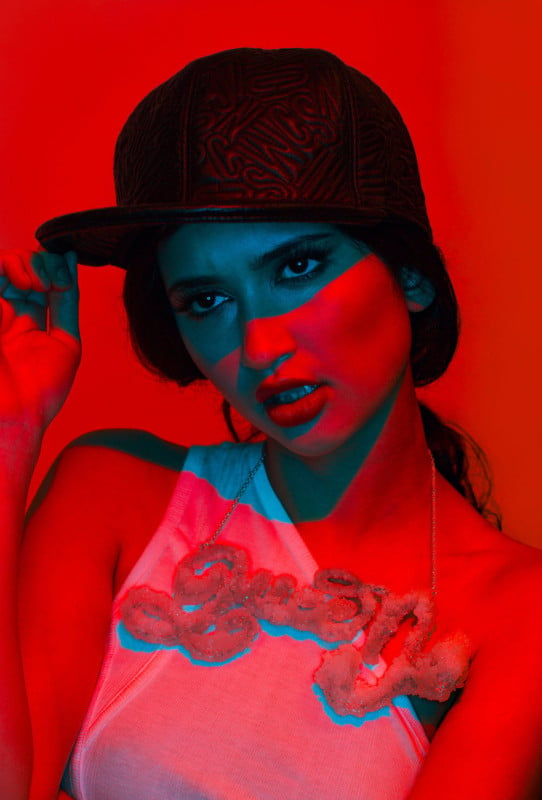 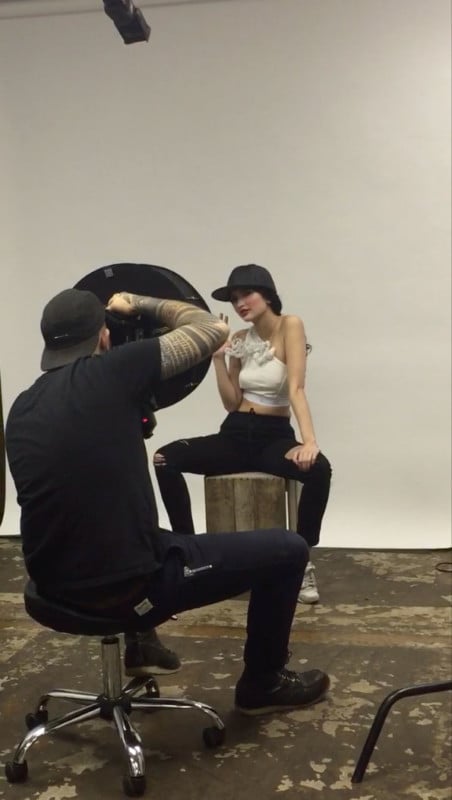 To achieve this look I used two flashes (I use the Cactus RF60 system). My main light was gelled red and boomed over my head in order to create a large shadow from the hat brim over the model’s eyes. My fill light was gelled cyan and fired through a ring light modifier made by Neewer. This light needed to be powered considerably higher (set to 1/4 power) than the main light since it was heavily diffused and my main light was not (set to 1/32 power). As you can see, the cyan light filled in my shadows, making a fun, duotone image. 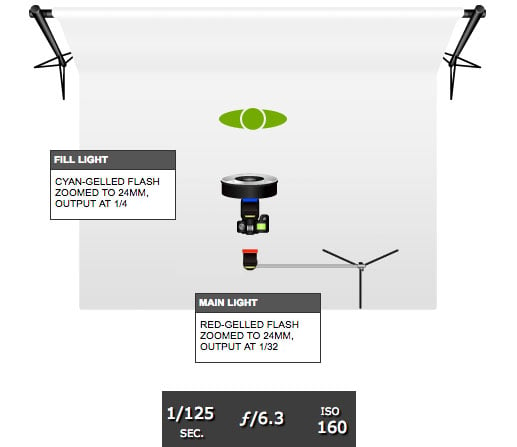 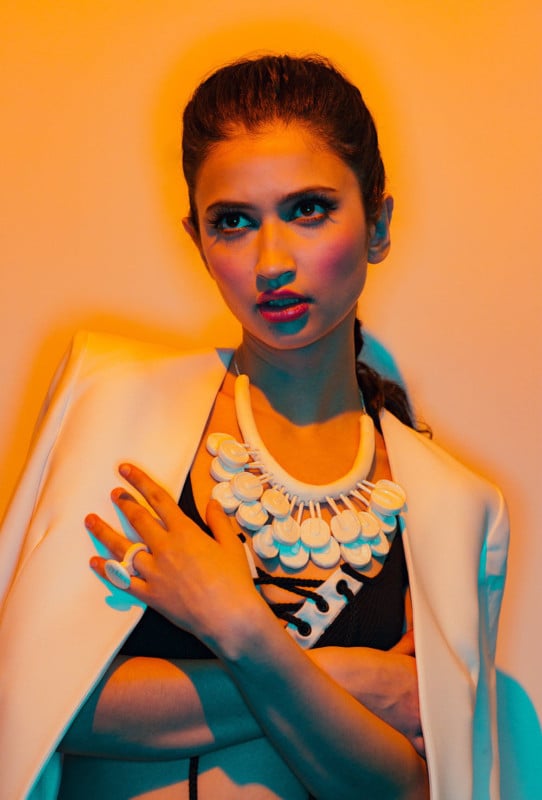 For this next setup, I just used one, unmodified flash to really let the shadows from the sunglasses stand out. 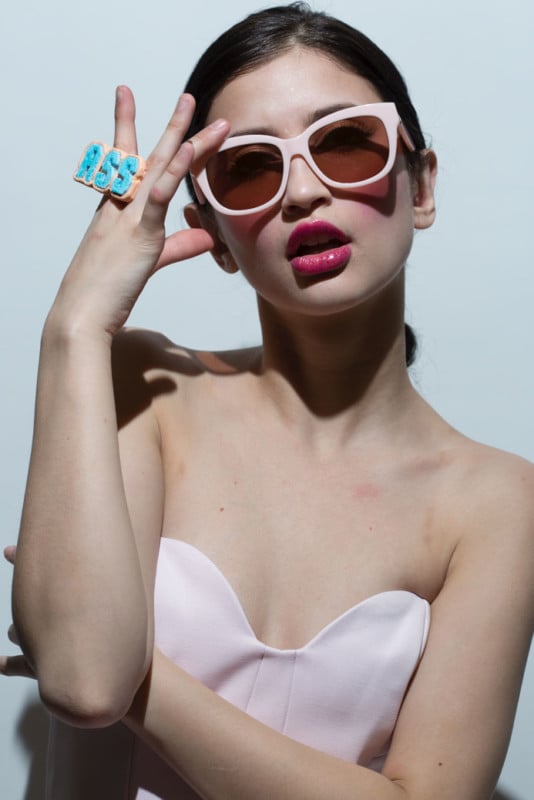 The tinted lenses of the sunglasses made this cool colorcast on her face and I didn’t want to diminish that. When it came time to color grade the image, I played with colors in Lightroom’s Camera Calibration panel, which not only brought out a nice saturation in the image but also gave the overall file a cyan color, which matched the vibe of the previous scenarios. 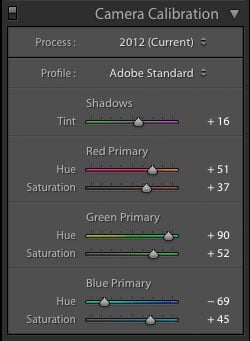 P.P.S. To learn more about experimenting with hard light and color, check out my book, Studio Anywhere 2: A Photographer’s Guide to Shaping Hard Light. Also, if you prefer a more hands-on approach to learning, come check out one of my Studio Anywhere workshops.

8 Ways the New Canon 77D is Different from the 80D