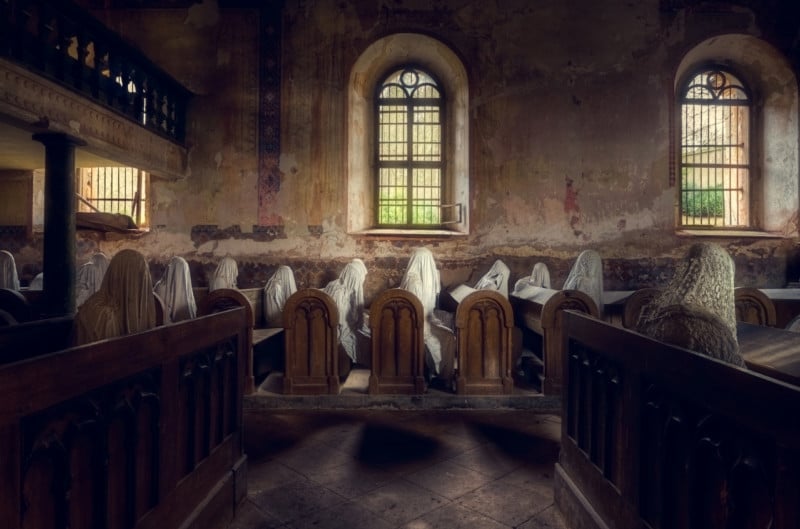 In this blog I would like to show you one of the scariest churches I have ever visited, back in March 2015. The church is located in a small town in the Czech Republic, and it was originally built in the 14th century.

The church has been abandoned from the 1960s until a few months ago. When the ceiling collapsed during a funeral service, locals became afraid and boarded up the building. Since then, services were held outside.

The ghostly figures inside are actually from an art project and represent the ghosts of Sudeten Germans which played a role in the history of the town the church is located in. The ghosts were placed hoping to attract ‘tourists’ so that they could raise money for renovation works (thus this visit was with permission). 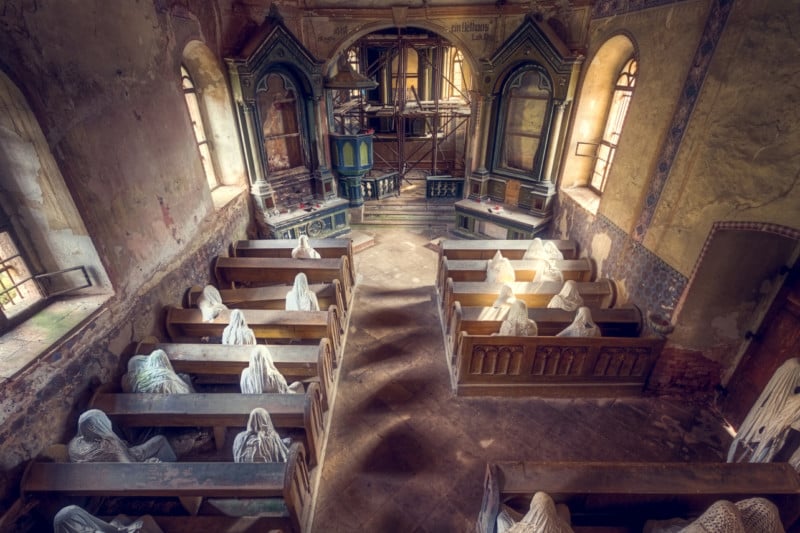 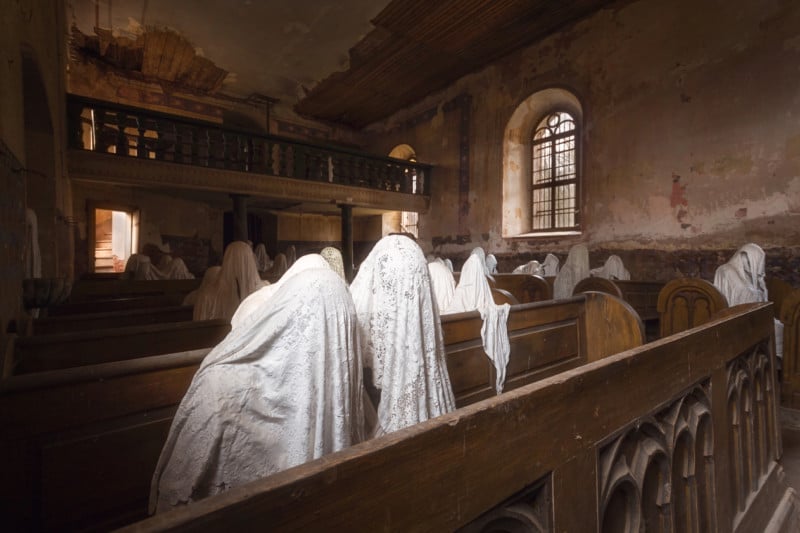 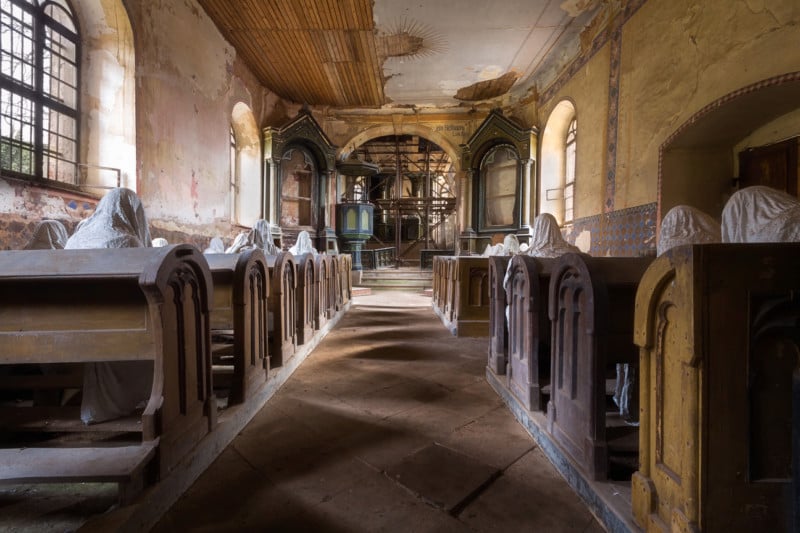 That work has been taking place in the last couple of months and will continue to go on. The altar area, where you see scaffolding in my photos, has already been renovated successfully.

I was surprised by how small the church was. It first started with 9 ghostly figures, but there are a lot more of them inside now. One was placed right behind the door, so as I entered I was greeted by this ghostly figure… I have to admit it scared me for a second.

The figures look real and have been created very professionally. 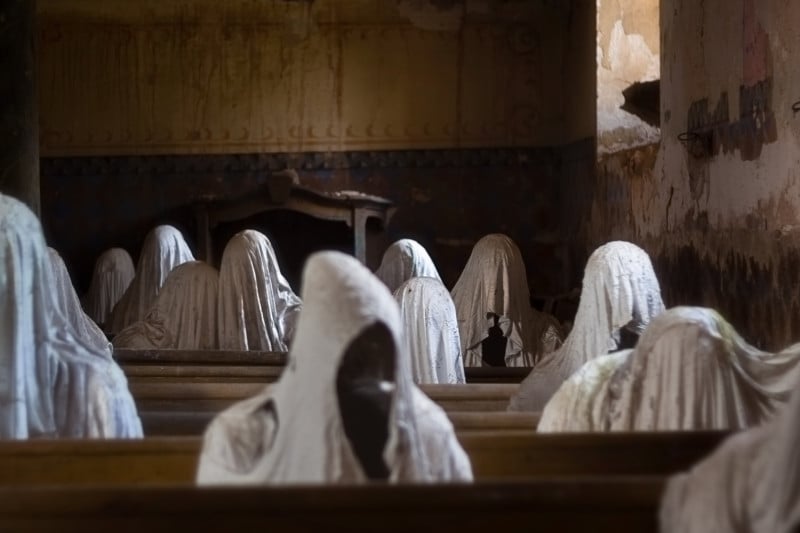 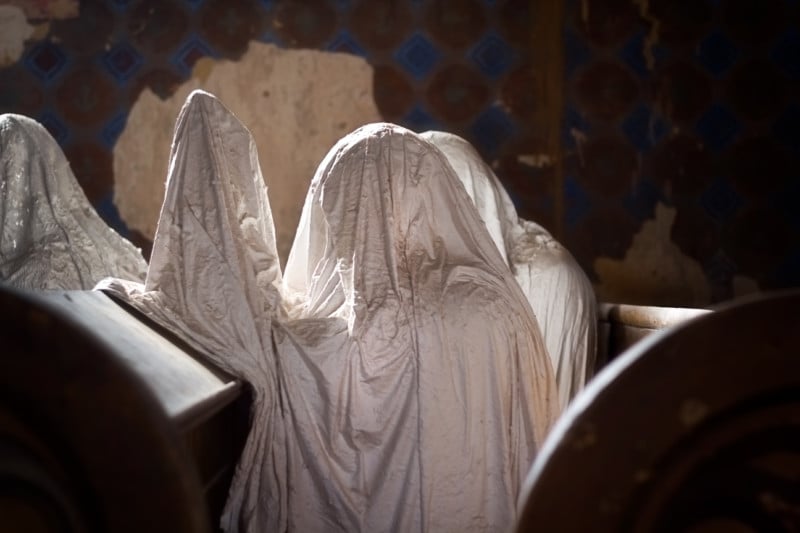 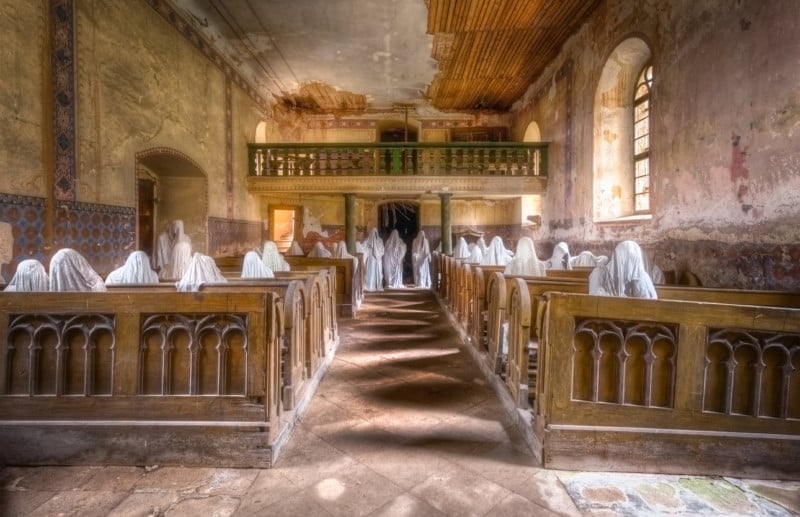 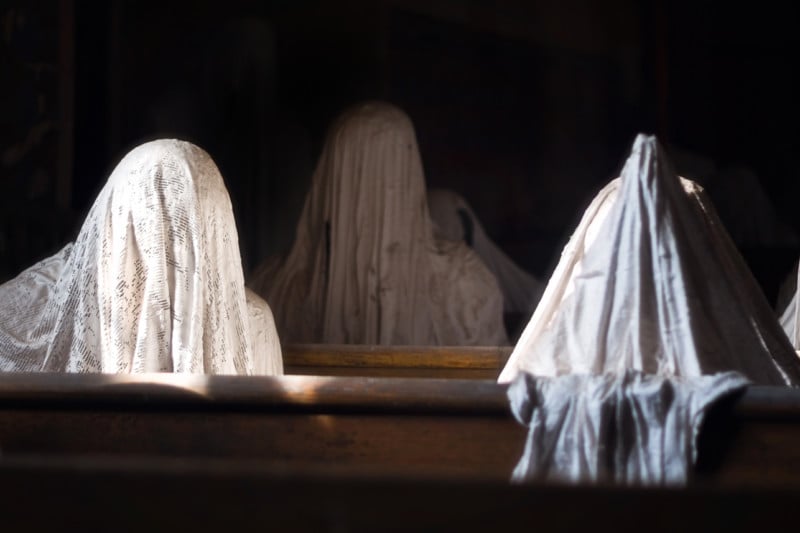 Some photos have been processed ‘darker’ than others in this same set. I tried to strike a balance between capturing this beautiful old structure and shooting emotional close-ups of the ‘ghosts’ for a totally different atmosphere.

For this shoot, I used the Canon EOS 650D (T4i) with a Sigma 10-20mm lens. When shooting abandoned buildings, I mostly use my wide-angle to try and capture as much of the room as possible; close-ups were shot using the same camera, but with a Canon 50mm lens.

The Photographer’s DIET: The 4 Key Elements that Make a Great Photo