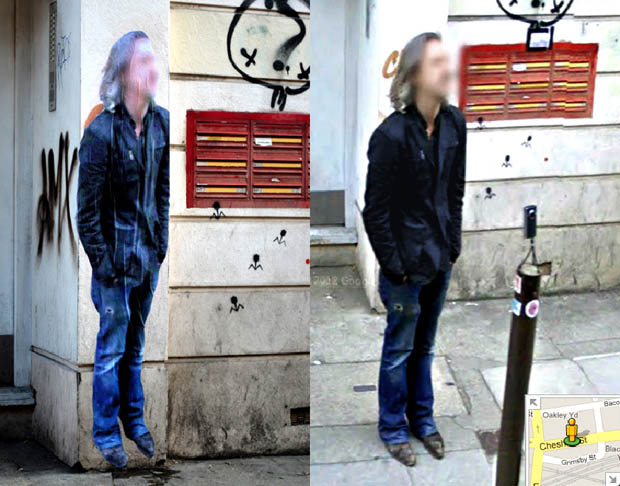 Google’s Street View imagery features plenty of photographs of people, but they’re often distorted and almost always feature blurred faces. Street Ghosts is a project by artist Paolo Cirio that reintroduces these distinctive portraits back into the real world. After choosing a particular photo containing a person in Street View, Cirio prints it out as a life-sized print on thin paper, cuts out the person, and then uses wheat-paste to affix the giant person photo onto the exact location where the photo appeared in the virtual world.

For each of the photographs shown here, the image on the left shows what the real life location looks like with Cirio’s pasted photo, while the image on the right shows the Google Street View image that was used.

Cirio has put up these images in New York City, Berlin, and London. You can follow the project on the official website, which includes a map showing where these “ghosts” can be found. 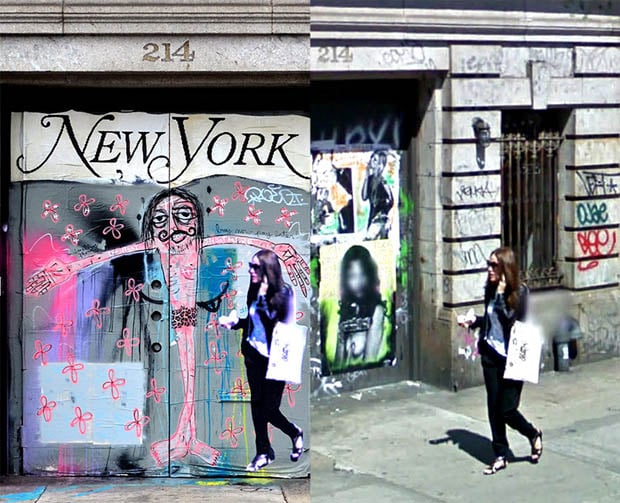 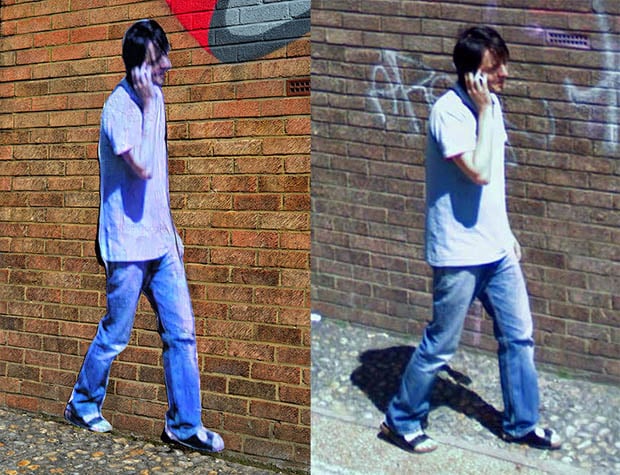 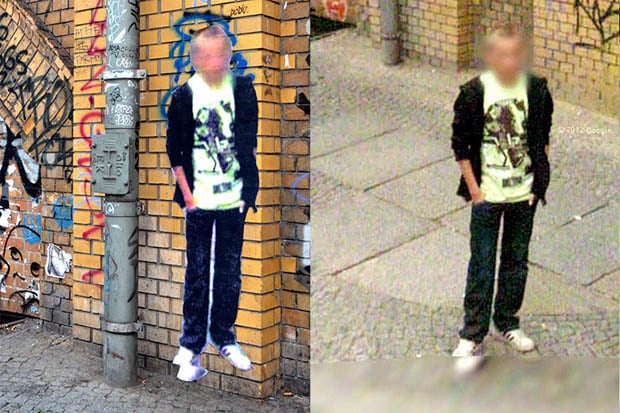 In his artist statement for the project, Cirio writes,

In this project, I exposed the specters of Google’s eternal realm of private, misappropriated data: the bodies of people captured by Google’s Street View cameras, whose ghostly, virtual presence I marked in Street Art fashion at the precise spot in the real world where they were photographed.

Street Ghosts hit some of the most important international Street Art “halls of fame” with low-resolution, human scale posters of people taken from Google Street View. These images do not offer details, but the blurred colors and lines on the posters give a gauzy, spectral aspect to the human figures, unveiling their presence like a digital shadow haunting the real world.

This ready-made artwork simply takes the information amassed by Google as material to be used for art, despite its copyrighted status and private source. As the publicly accessible pictures are of individuals taken without their permission, I reversed the act: I took the pictures of individuals without Google’s permission and posted them on public walls. In doing so, I highlight the viability of this sort of medium as an artistic material ready to comment and shake our society.

What would your reaction be if, while walking on the sidewalk, you suddenly noticed a giant ghost-like version of yourself plastered on a wall?