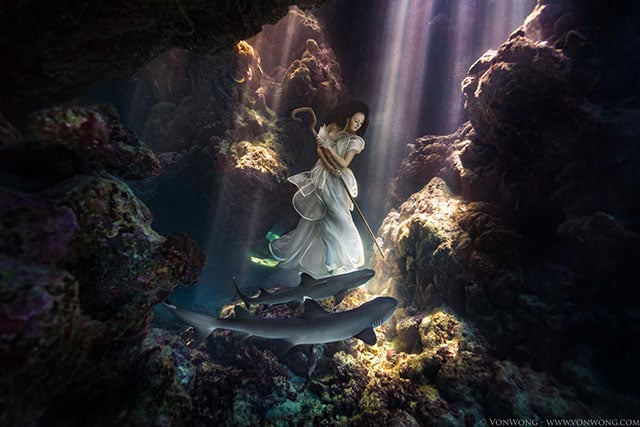 Upon first glance, photographer Benjamin Von Wong‘s latest work looks like a Photoshop composite that shows a model swimming with sharks below the sea. But what you see is the real deal: Von Wong did actually tie down a model underwater with sharks swimming around, all for a series of surreal (but very real) portraits.

The shoot was done in Fiji, the South Pacific island nation known for its world-class shark dives. Everything had to be done within a 2-hour window between 11 AM and 1 PM, during which sharks would be active and light rays would be piercing the water.

Over the course of 3 days, the team patiently waited underwater for 6 cumulative hours as the model, champion freediver Amber Bourke, waited for sharks to swim into picture-perfect positions. The team sat motionless in the cave, lest their movements scare off the timid sharks as they approached. 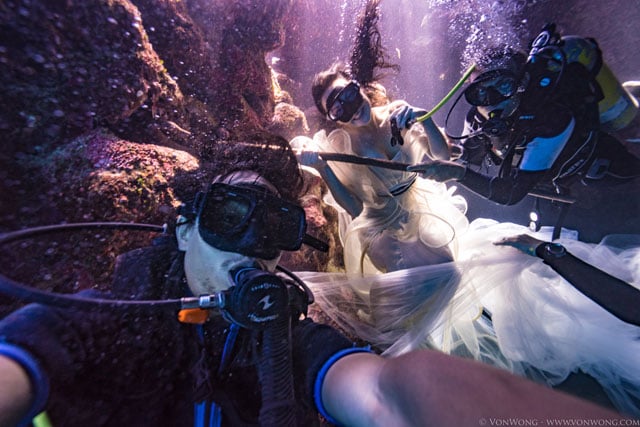 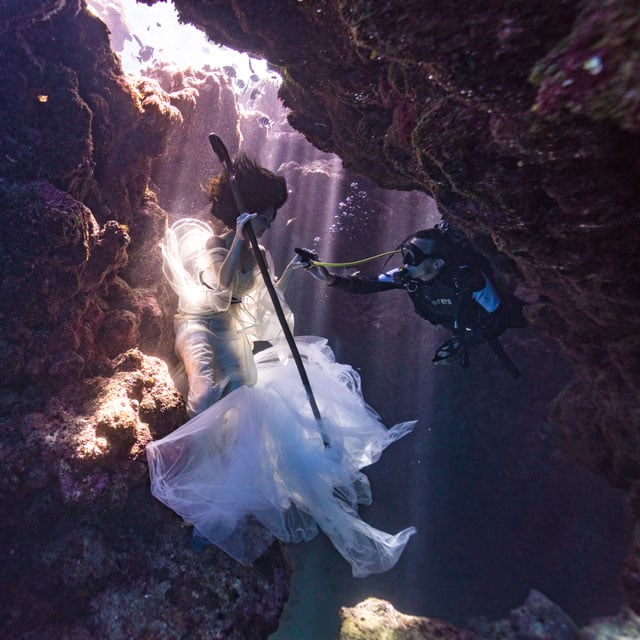 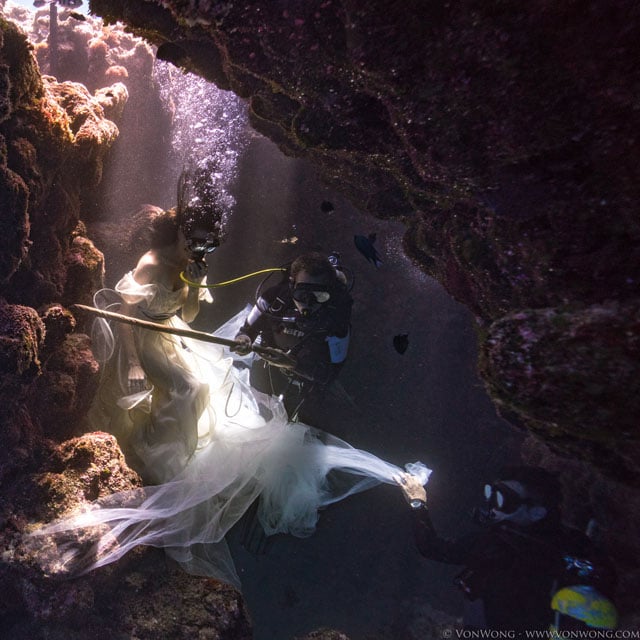 “Once one of them got deep enough into the cave and we thought there was a good chance of us capturing a shot, Amber would take a deep breath, rip off her mask and strike a couple of poses for as long as she could,” Von Wong writes.

Here are some of the amazing portraits that resulted: 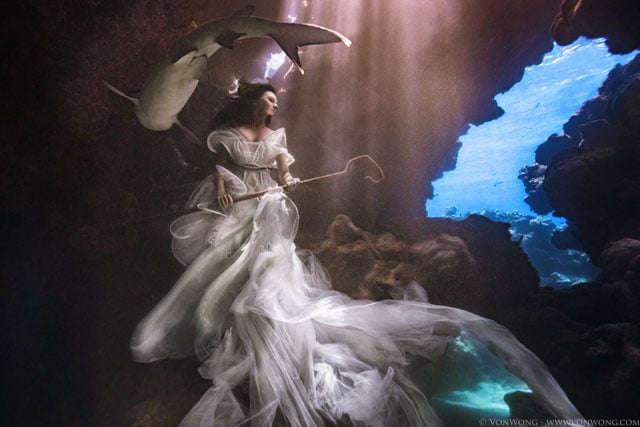 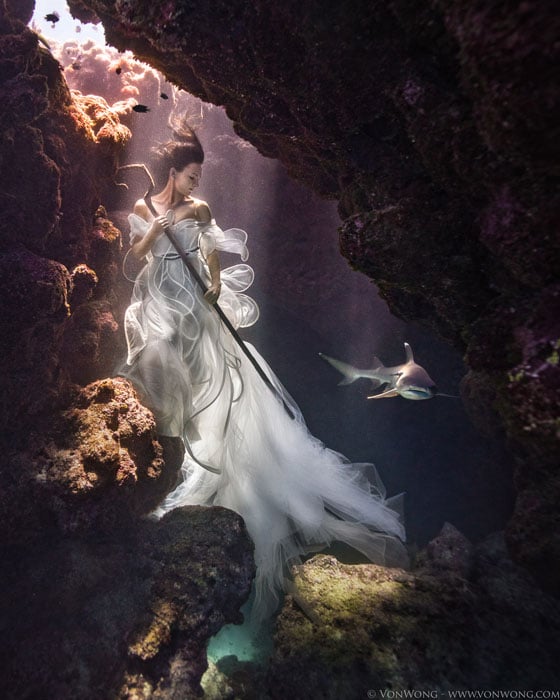 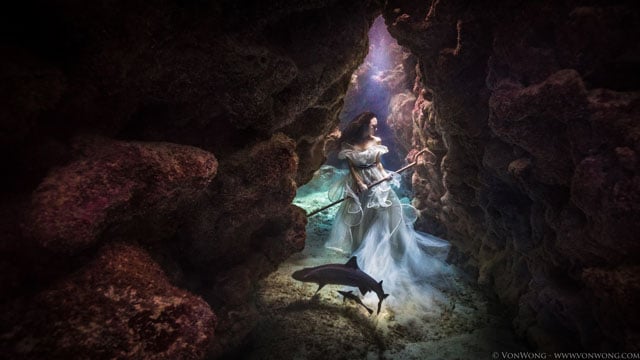 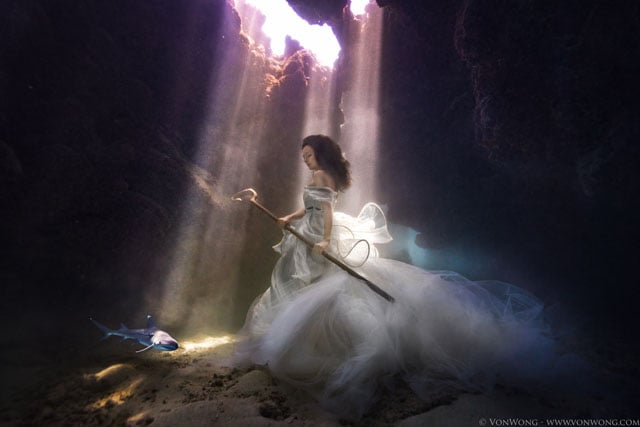 This 2-minute video offers a behind-the-scenes look at how the shoot was done:

The whole project was for a good cause: Von Wong is raising awareness for the plight of sharks, and he’s helping to petition for a no kill policy and the creation of a new shark sanctuary.

“As a photographer looking to create meaningful work, this was the perfect opportunity for me to create a series of images that would promote [the shark’s] beauty while advocating for their protection,” Von Wong says.

Build an Olympus Mirrorless Camera Out of Paper

The Yin and Yang of Photography: The Artist and the Geek