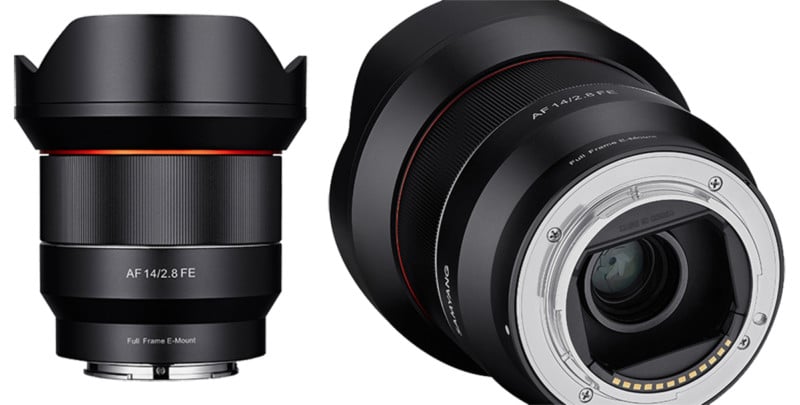 The news that Samyang was finally making autofocus lenses was a big deal, but for some reason the company decided to launch the first two lenses in only Sony FE mount. That, it seems, will soon change.

In an interview with Focus-numerique, Jeong Min Shin, the head of product planning at Samyang, revealed that Canon and Nikon mount AF lenses are already in the works.

“We started the implementation of an autofocus optical FE frame and we are adapting to other mounts, like Canon and Nikon,” says Shin, implying the work is already in progress. “We also believe in Fujifilm and Micro 4/3, but these markets are not very important.”

So far, Samyang has released two AF lenses: an 50mm f/1.4 and 14mm f/2.8, both of which could potentially be adapted to Canon and Nikon mount. As for Fuji and Micro Four Thirds, it looks like both of these markets are still not big enough for Samyang to prioritize.

(via Photo Rumors via Nikon Rumors)

Photos: Dazzling Auroras Light Up the Sky Over Iceland