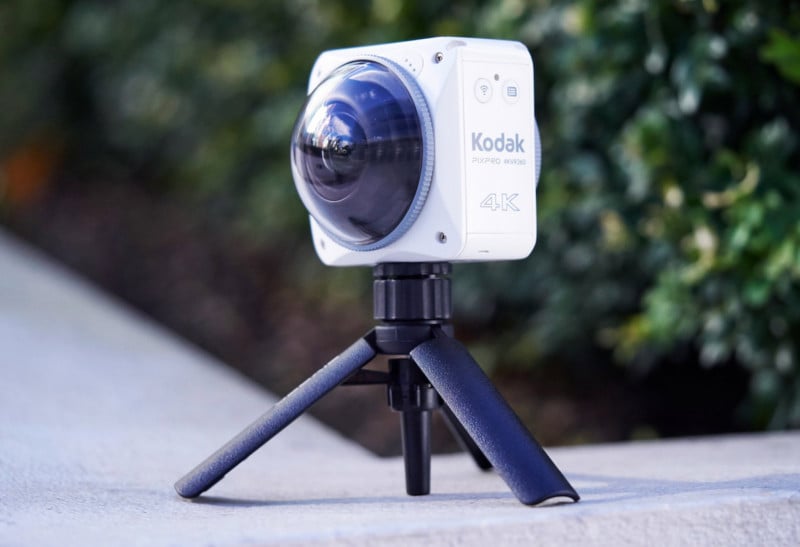 Kodak has released the third generation of its Pixpro SP360 action camera, and if you’ve been following Photokina news, it’ll look very familiar. That’s because it’s basically just a pared down version of Nikon’s KeyMission 360.

The Kodak Pixpro 4KVR360—which is actually made by JK Imaging, the company that owns the Kodak camera brand—sports two 20MP sensors, one on each side of a cube-like camera.

Each camera views the world through an f/2.4 aperture lens, although they’re not identical; one lens captures a 155° field of view, the other 235°. That way, the 155 lens can be used to capture normal (ish) 16:9 4K footage, but can still create VR-ready spherical 360° video or photos when the other lens joins in. 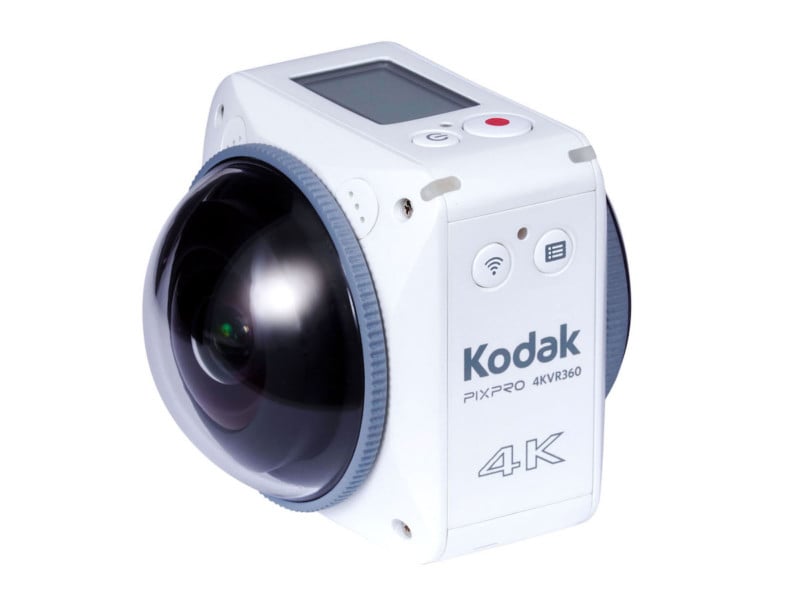 The camera can capture 4K 360° footage and 27MP spherical photos, is electronically stabilized, uses up to a 128GB microSD card for storage, and features built-in WiFi, NFC, and Bluetooth so you can communicate with the dedicated iOS or Android app. Oh, and just in case you want to use the camera from a distance, a compatible selfie stick and remote control are included in the box.

Full res stitching of the final photos/footage has to be done with an external editor, which is a bummer. However, the Pixpro does offer low-res stitching in-camera. It’s a tough time to be a 360° 4K camera, with serious competition coming from all angles; it’s even worse when you’re not quite ready to launch yet. No price has been announced for the Pixpro 4KVR360, and expected release isn’t until January of 2017.