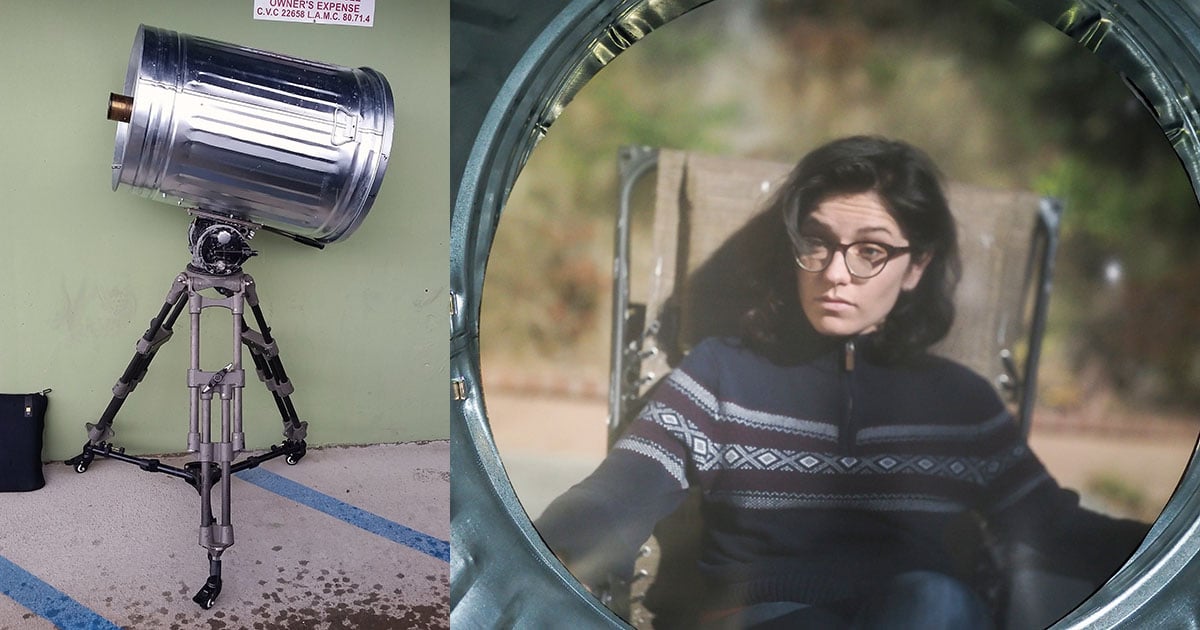 My friend Andy Romanoff and I have been on a quest to work with large format lenses in a digital media.

The Trash Cam’s theory of operation is simple. An image formed by the large format lens illuminates an image plane. This plane is made of Gatorboard and retroreflective spray paint. A Sony a7S II, located just under the large format lens and looking into the body of the trash can captures the image formed on the retroreflective plane.

Focus is achieved by moving the image plane and refocusing the Sony a7S II. A series of ropes, pulleys, bungee cords and drawer slides allows the image plane to move by rotating the lid of the trash can. The large format lens is ancient, unmarked, has separating elements (with cracking balsam) and of course, no AR coatings. Repeated heating and oil soaking have not let the threads yield, so I have not yet been able to service the iris, so I leave it wide open, so I don’t buckle the blades. Use of the Trash Cam can tend towards cumbersome, but the ethereal look of the ancient lens is worth it. Digital parallax correction fixes the keystoning from the tilt of the a7S II. 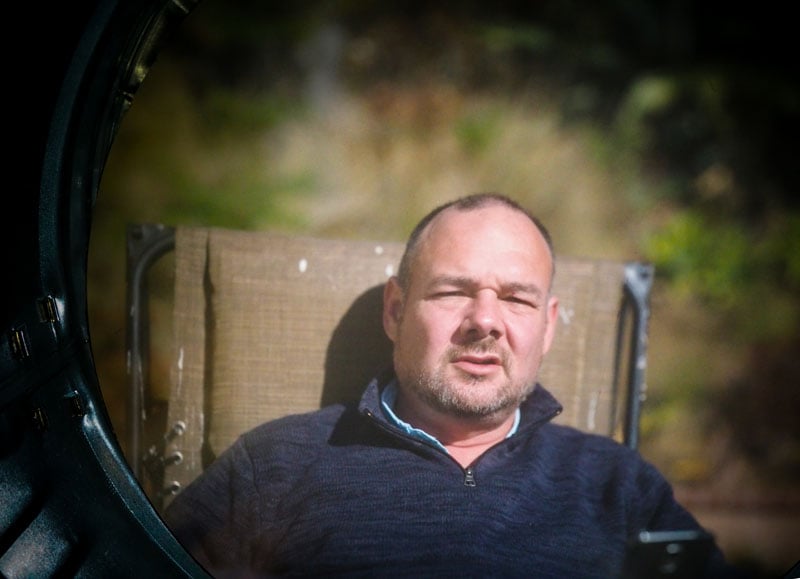 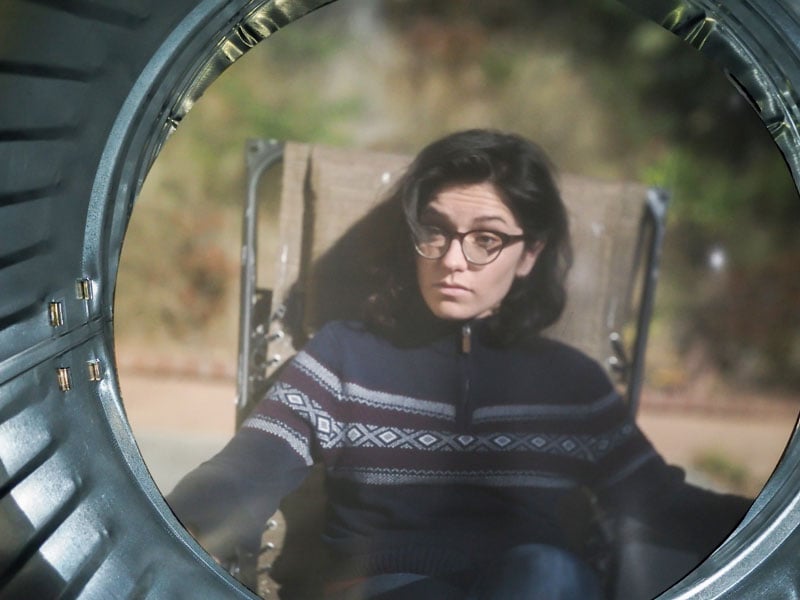 About the author: Mike Keesling is an Emmy- and Academy Award-winning designer of optical and motion control equipment.
You can find more of his work and writing on his blog and Flickr. This article was also published here.

How to Create a Window Reflection Effect in Photoshop