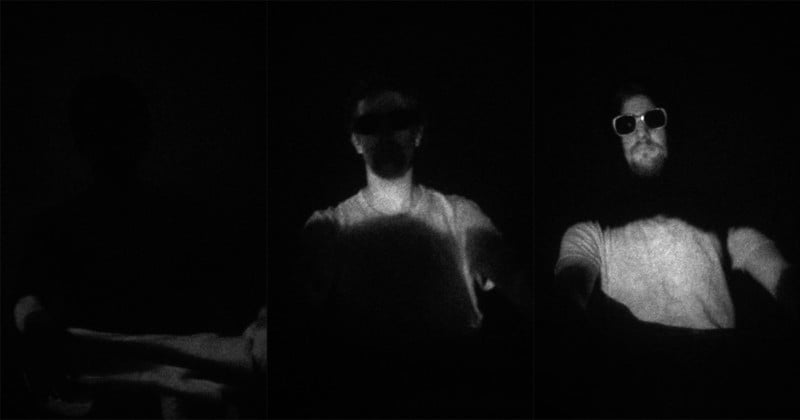 The human eye can’t possibly see how light washes over a portrait subject when you fire your strobe—the speed of light is simply too fast. But someone actually managed to capture the whole process on camera… nanosecond by nanosecond.

Rather than trying to capture the movement of light nano-frame by nano-frame with some insanely fast camera that doesn’t exist, this team developed the SEEC technique (named because it lets you “see” “c”, the commonly used variable that represents the speed of light). Here’s how it works.

While the subject sits very still, they use a pulsed laser to fire extremely short bursts of light at them—much shorter than a strobe used in photography can handle. Then they sync a gated camera to that laser, and have it capture multiple images at a shutter speed of just 100 picoseconds (or .1 nanoseconds) at specific intervals. In this way, they only capture light reflected at a specific point.

The whole process takes a couple of minutes, but it lets them capture these slices of light washing over their subject. When they’re all combined (kind of like a timelapse), this is the final product:

A nanosecond is a billionth of a second, and light travels about one foot for every nanosecond. These timelapse/slowmotion hybrid videos let you watch that process happen; sure, it’s not real time, but it’s as close as you’re going to get for now.

To learn more about how these images were captured and the technology behind them, head over to the SEEC Photography website by clicking here.