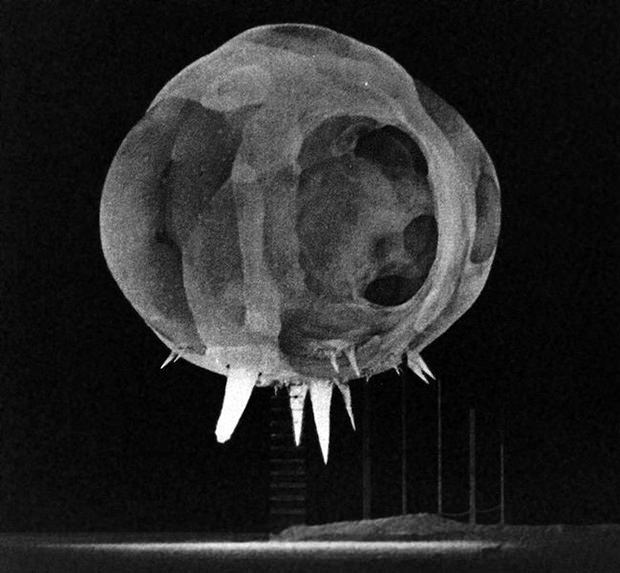 This might look like some kind of microscopic organism, but it’s actually a high-speed photograph of a nuclear explosion. It was captured less than 1 millisecond after the detonation using a rapatronic camera, which is capable of exposure times as brief as 10 nanoseconds (one nanosecond is one billionth of a second). The photograph was shot from roughly 7 miles away during the Tumbler-Snapper tests in Nevada (1952). The fireball is roughly 20 meters in diameter, and three times hotter than the surface of the sun.

(via Wikipedia via Damn Interesting)