Sony’s sgnl YouTube channel published this 5-minute teardown video that offers a look at the guts of the company’s high-end 24-70mm f/2.8 G Master lens, which retails for $2,200.

The G Master line of Sony lenses was announced back in February 2016 to serve as the company’s flagship set of professional lenses. The 24-70mm was one of three lenses announced, with the other two being the 70-200mm f/2.8 and the 85mm f/1.4.

“We know you wouldn’t dare take apart your precious glass, so we had one brave engineer do it for you,” says sgnl. “And if you do feel any desire to take apart your own lenses, definitely just watch this video multiple times instead, so you can see all 93 pieces in their total glory.” 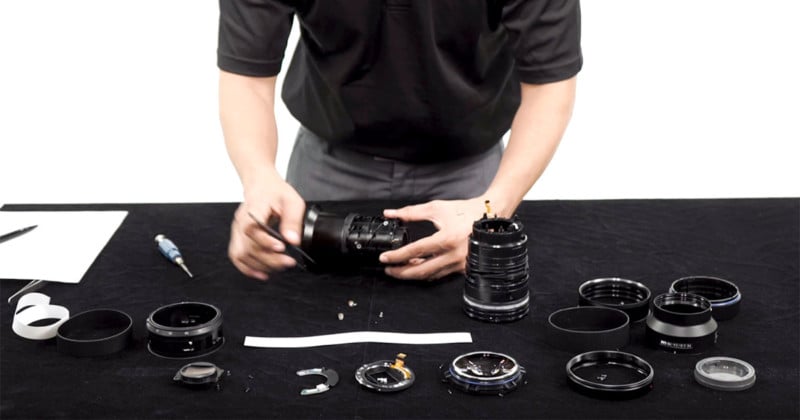 (via sgnl via DigitalRev)

Why I Give Most of My Photos Away for Free, Even for Commercial Use