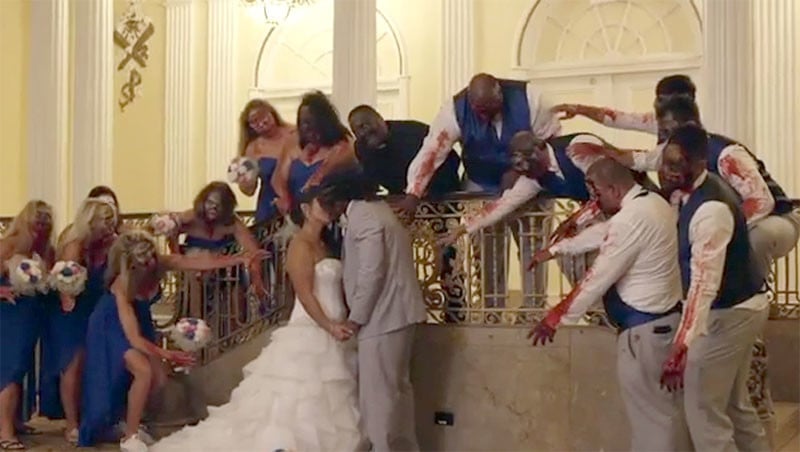 NFL football star DeAngelo Williams is a huge fan of the TV show “The Walking Dead.” Just how big? Well, he and his bride recently decided to do an elaborate zombie-themed wedding photo shoot that involved professional makeup and the entire wedding party.

ESPN was invited to the photo shoot, where it produced this 3-minute behind-the-scenes video showing what went down:

“[DeAngelo] really had to convince the bridesmaids,” says his wife Risalyn Williams. “But then they said they had to do it because they’re bridesmaids.” 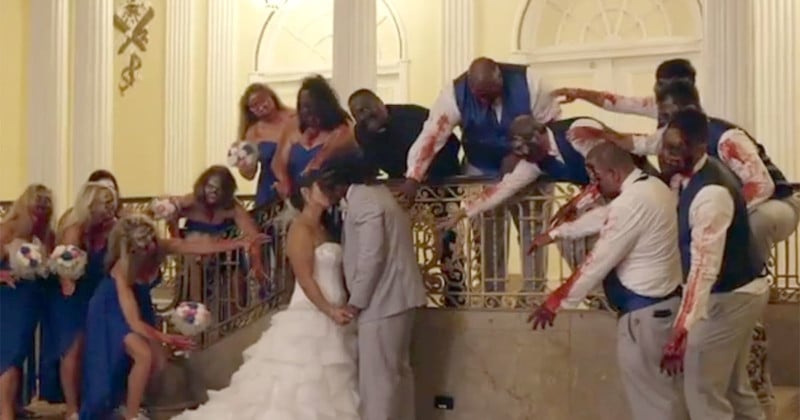 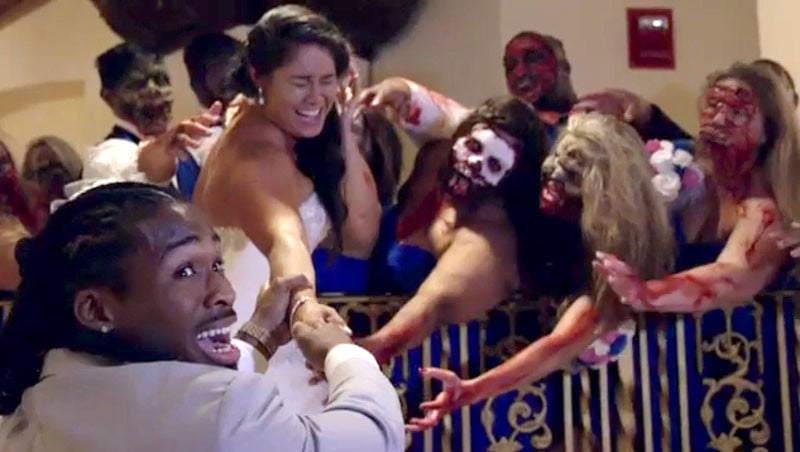 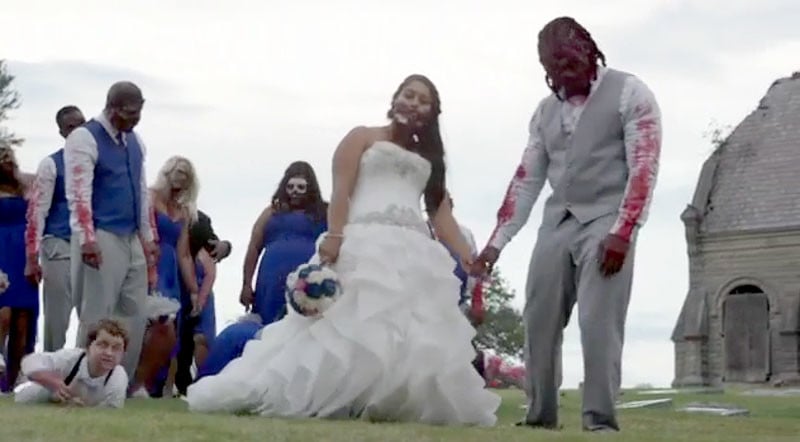 “You’ll enjoy this even if you’re not a fan of @TheWalkingDead,” DeAngelo tweeted after the shoot. “…And hey, maybe they’ll have me on the show now…”

(via DeAngelo Williams via Mashable)

Why I Give Most of My Photos Away for Free, Even for Commercial Use