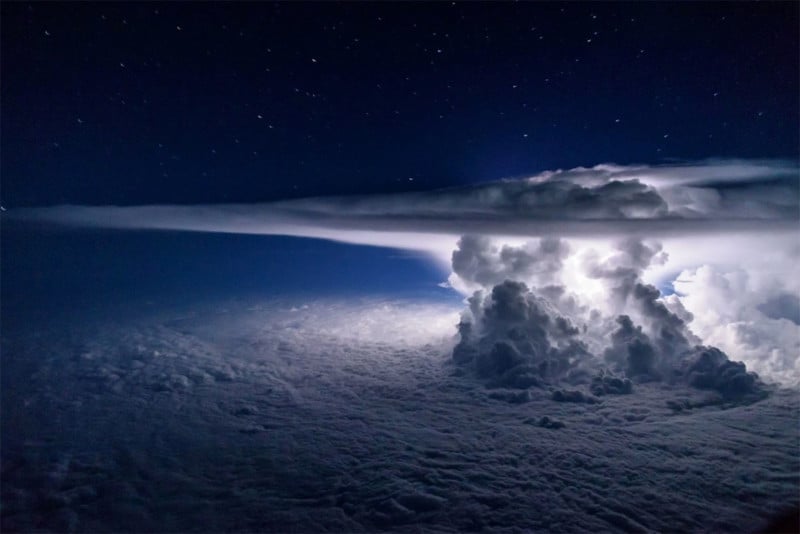 If you’re less-than-impressed with lightning captured at 240fps by an iPhone 6 Plus, then let this photo act as our apology. Captured from 37,000 feet above the Pacific ocean, it is, without a doubt, one of the most spectacular aerial storm images we have ever seen.

The photo was captured by photographer and airline pilot Santiago Borja, who shared the story behind it with The Washington Post yesterday. The photo, captured while circling around the storm on his way to South America, was shot with a Nikon D750, and it was more difficult to capture than you might think.

“Storms are tricky because the lightning is so fast, there is no tripod, and there is a lot of reflection from inside light,” he told the Post. Still, somehow, the seasoned pilot who calls flying and photography his “two greatest passions” managed to get the shot.

To see more of Borja’s photos—some captured from the ground, others from 37,000 feet—be sure to pay his website a visit or give him a follow on Instagram.

Image credits: Photo by Santiago Borja and used with permission.

Instagram Can Now Automatically Block Offensive Comments for You