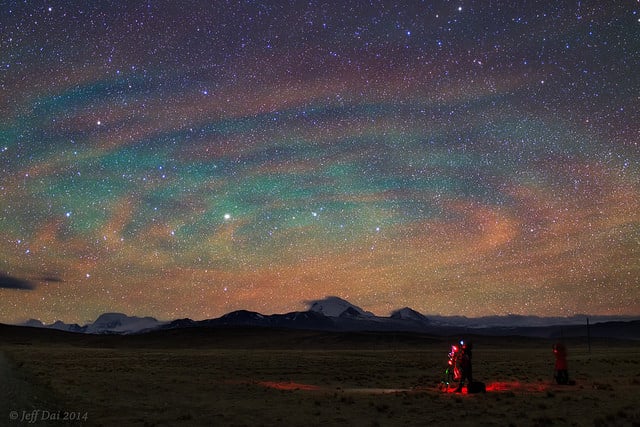 When you think of colorful ripples of ‘stuff’ in the sky, the first thing that probably comes to mind is the Aurora Borealis, or Northern Lights. But while we’ll never get sick of seeing those polar spirits dance, the phenomenon above gives Aurora photography a run for its money.

Captured by photographer Jeff Dai, that bullseye in the sky is very much real and visible with the naked eye. It’s the result of Airglow — weak emission of light by our planet’s atmosphere — being affected by atmospheric gravity waves.

What you get when you mix the two are these giant ripples of glowing air. 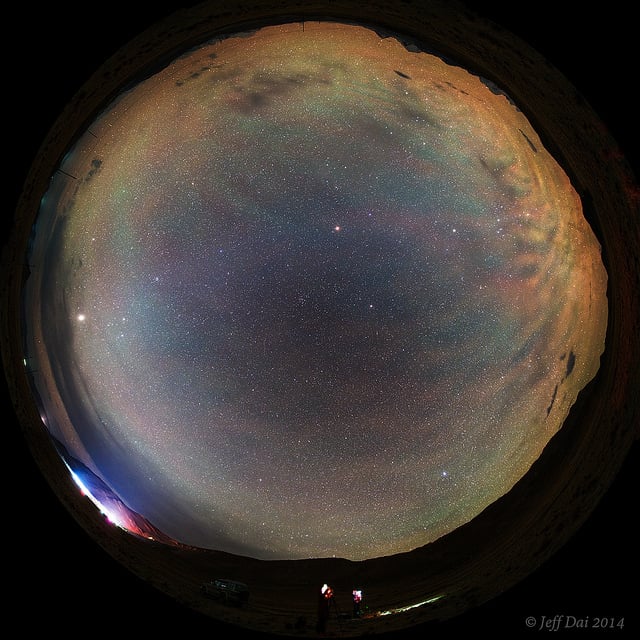 Both photographs were captured on the Tibet Plateau of China, about 4450 meters (14,600 feet) above sea level, after a violent thunderstorm over Bangladesh.

As the folks over at NASA’s Astronomy Photo of the Day explain it, that storm caused “atmospheric gravity waves, waves of alternating air pressure that can grow with height as the air thins.” And those waves created this beautiful bullseye pattern in the sky.

Typically, airglow happens closer to the horizon. You can also capture airglow from space, as seen in this beautiful 3-second exposure from the ISS.

Image credits: Photograph by Jeff Dai and used with permission

Comprehensive Guide Tells You Everything You Need to Know About Codecs

Couple Scammed by Fauxtographer Passing Off Stolen Images as His Own