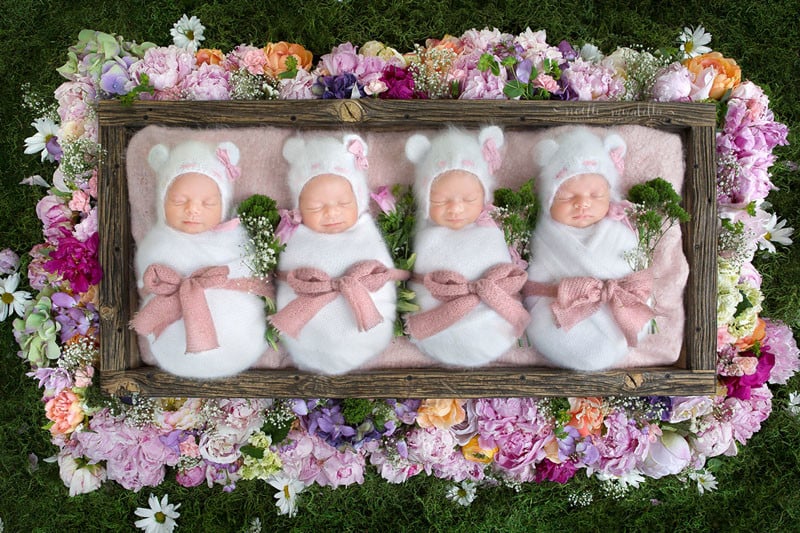 Here’s a set of newborn photos you don’t see every day: baby photographer Cassandra Jones of Northern Alberta was recently asked to shoot portraits of ultra rare identical quadruplets. It’s estimated that there are only about 70 sets of identical quadruplets among the 7.4 billion people on Earth.

Jones, who runs Noelle Mirabella Photography, tells us that the quadruplets were naturally conceived to first-time parents Tim and Bethani Webb of Hythe, a small town in Alberta.

To tell the girls apart from each other, the Webbs have painted the toenails of the babies different colors. 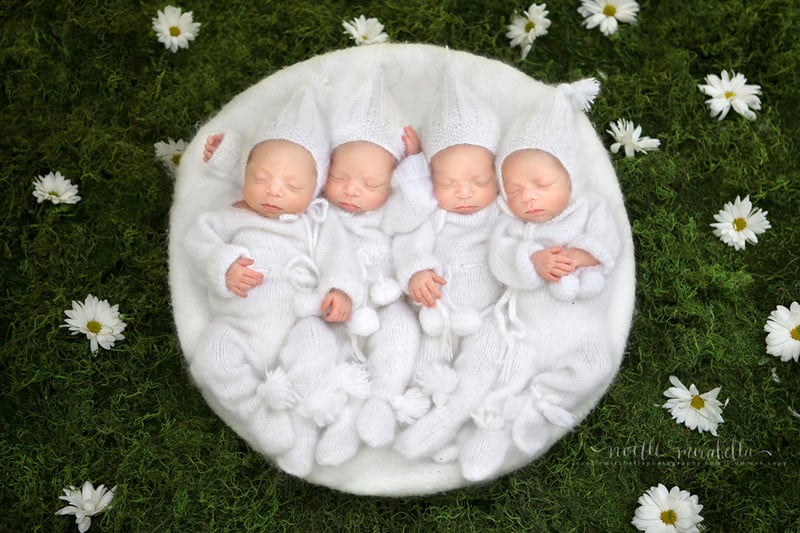 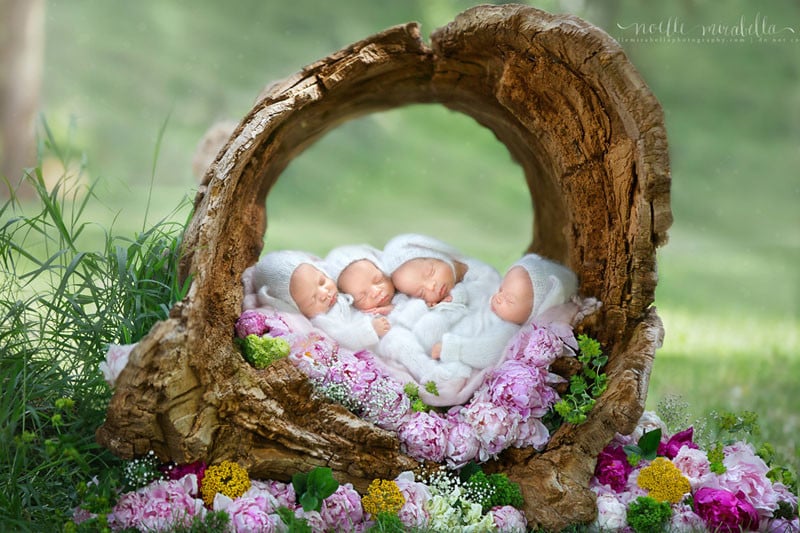 “With the exception of the teeniest girl (Abigail), my assistants and I could not tell them apart with their outfits on,” Jones tells PetaPixel. 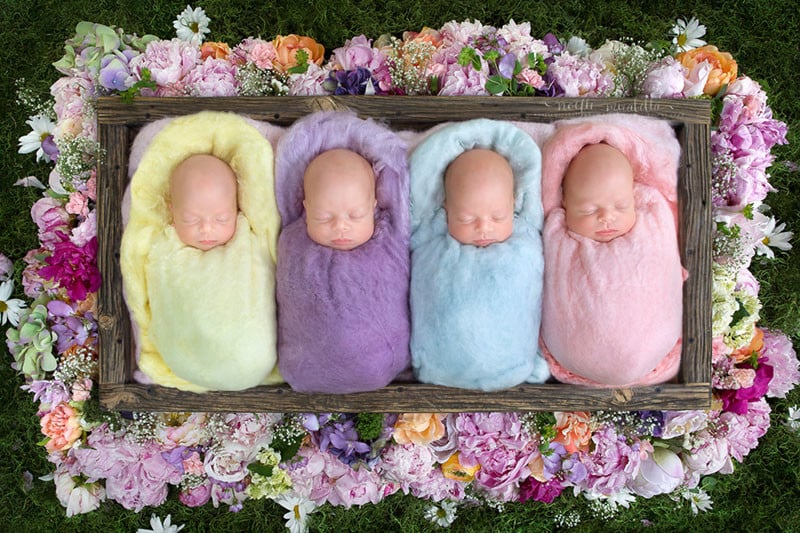 5 helpers assisted with the photo shoot — one assistant for each of the babies and a fifth that helped arrange the flowers, props, and sets. The team ended up shooting 5 different setups and individual portraits over the span of 3 hours. 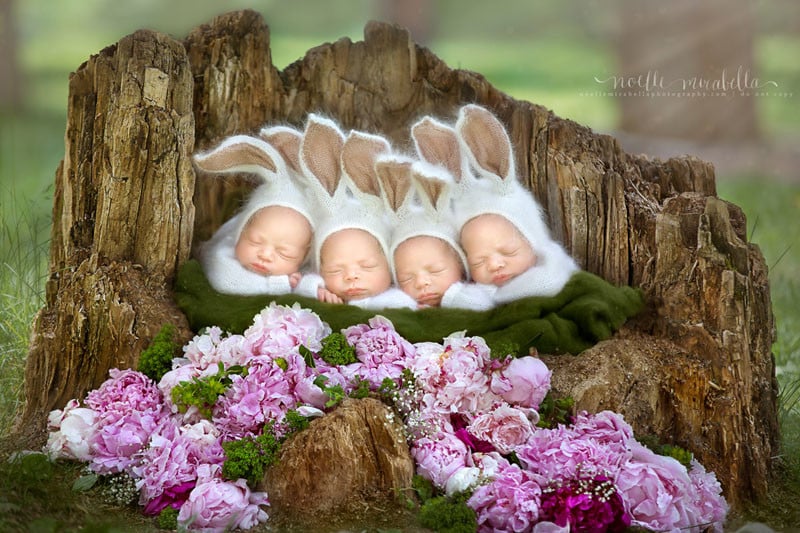 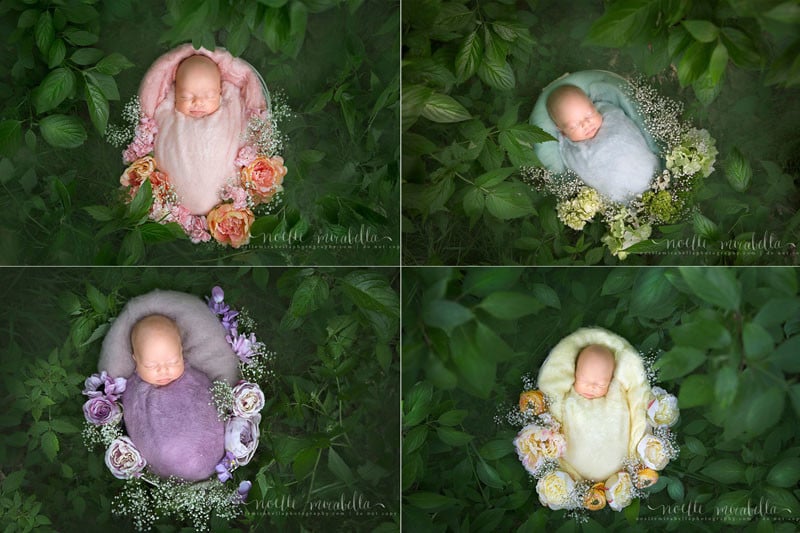 You can find more of Jones’ work over on her website. We also recently featured a newborn photo shoot with naturally conceived quintuplets, which is more common (1 in 55 million).

Image credits: Photographs by Cassandra Jones and used with permission

Wildlife Photos with a Bridge Camera: A Tiger Safari and a Sony RX10 III