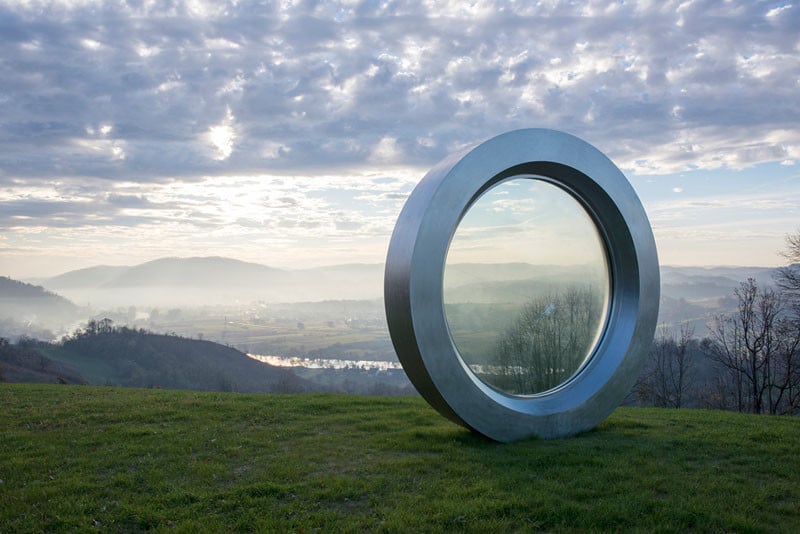 In Banovina, Croatia, on top of Čukur hill, there sits a giant camera lens sculpture. Featuring shattered glass around a single bullet hole, the lens is a memorial dedicated to Croatian photographer Gordan Lederer. 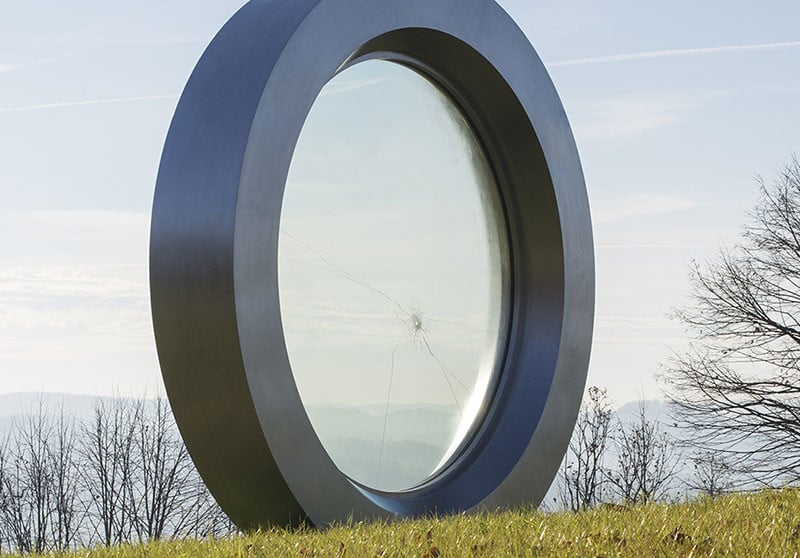 Lederer was documenting the Croatian War of Independence with his camera when he was shot and killed by a sniper in 1991 while standing on Čukur hill.

The new stainless steel memorial was designed by sculptor Petar Barišic and the Croatian architecture firm NFO, and was unveiled in August 2015 on the 24th anniversary of Lederer’s passing. 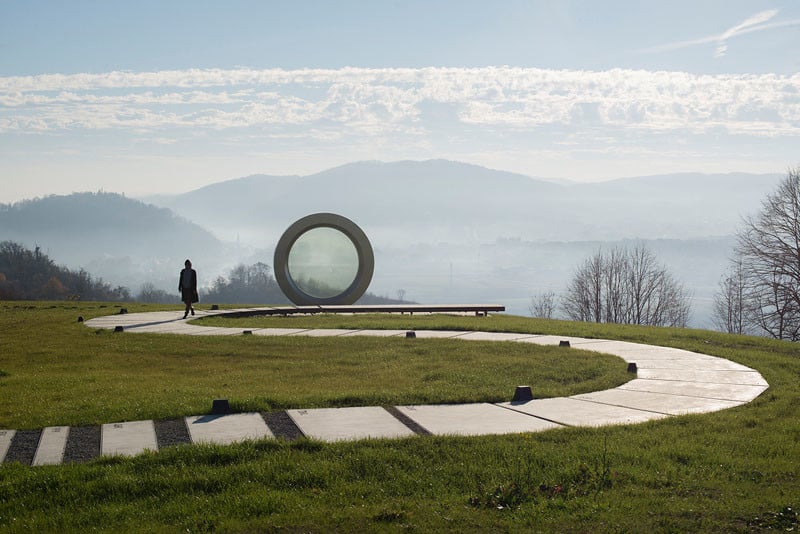 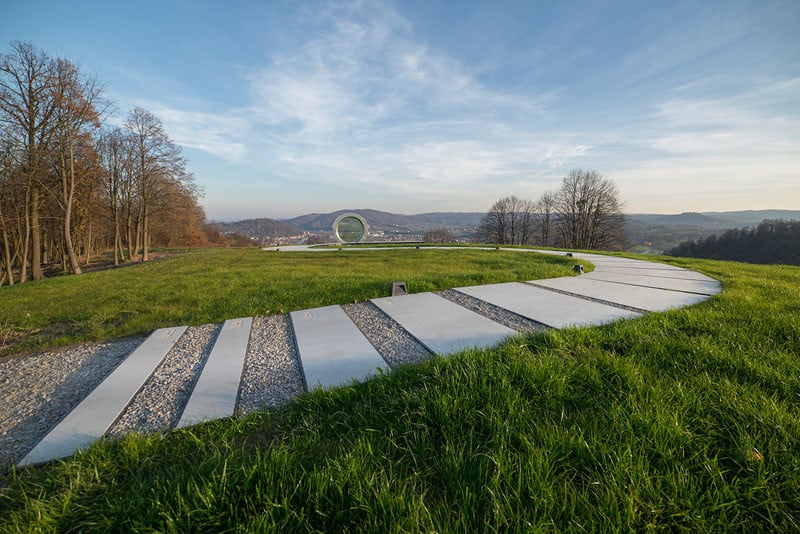 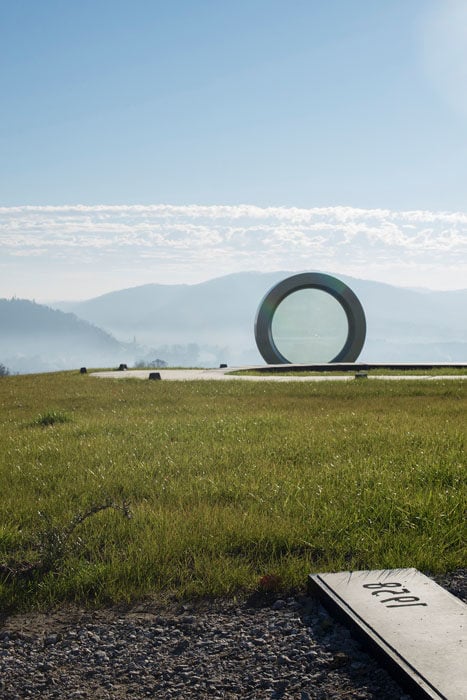 The memorial also commemorates other Croatian photographers and cameramen who were killed during the war. 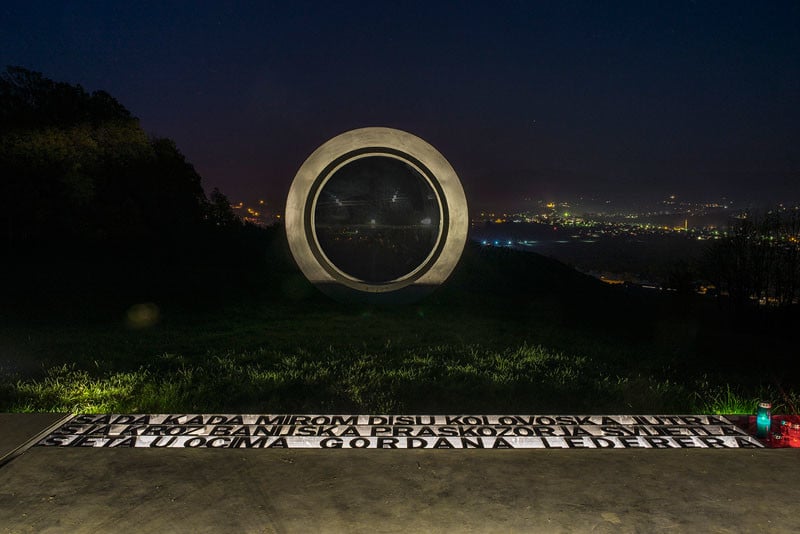 By looking through the lens, visitors to the memorial are able to look into the Una River Valley with the same framed view that Lederer had when he was shooting his last shots. 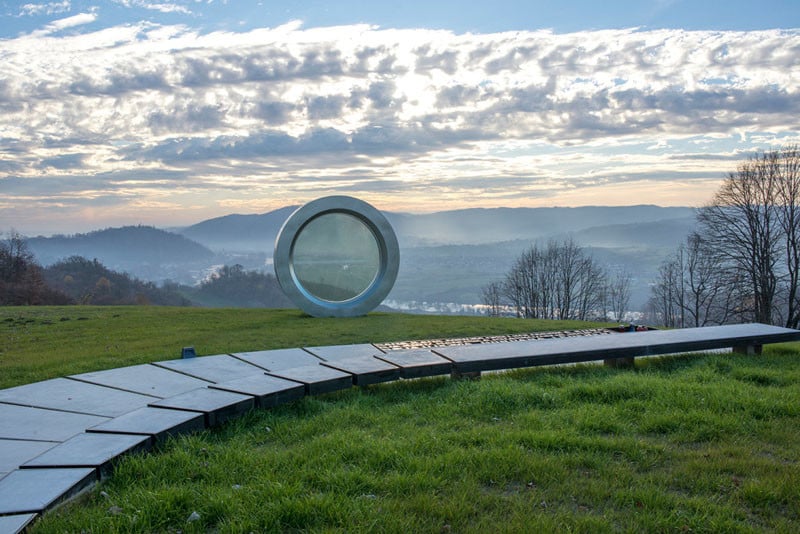 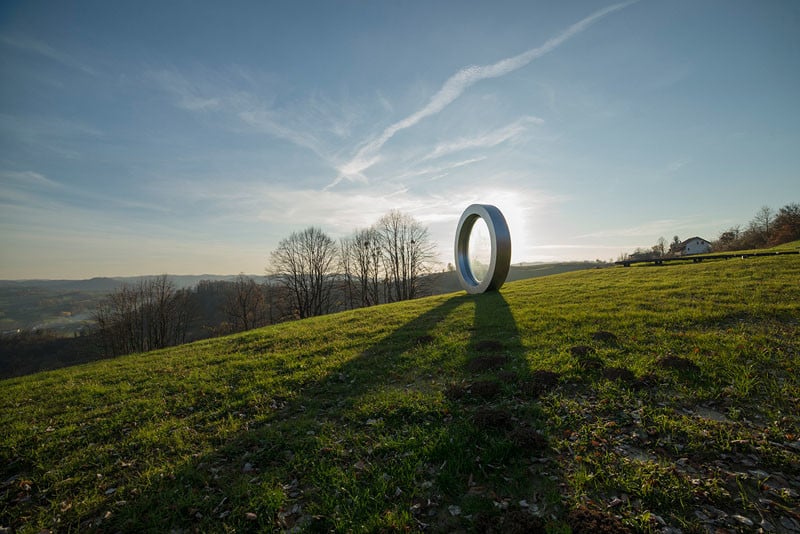 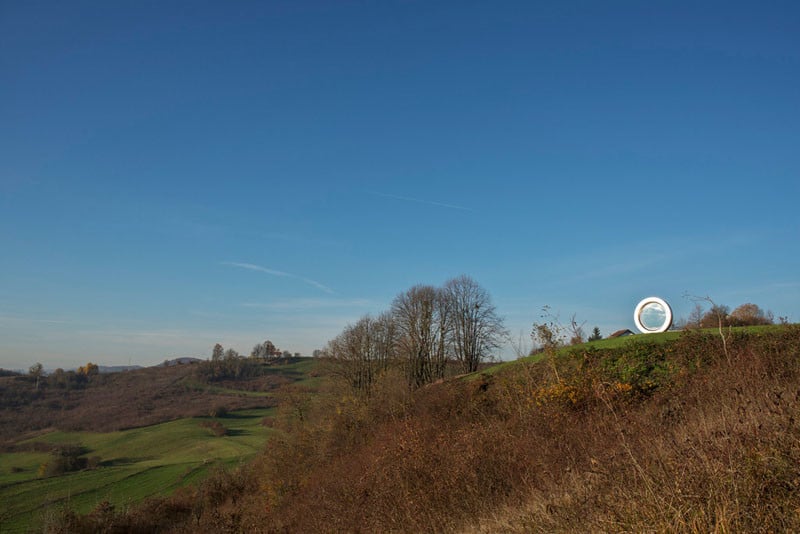 (via Viz Kultura via Dezeen)

This Photojournalist Spends His Nights Shooting Crimes and Accidents