Google Maps and Google Earth just got a whole lot sharper thanks to NASA and its Landsat 8 satellite. Using beautiful high-res imagery captured by the new satellite, Google has built a better high-res cloud-free mosaic of the world based on some 700 trillion pixels of data.

The previous version was updated back in 2013 using data from the old Landsat 7, and the difference between the past and present iterations is striking. Just check out this before-and-after image of New York City: 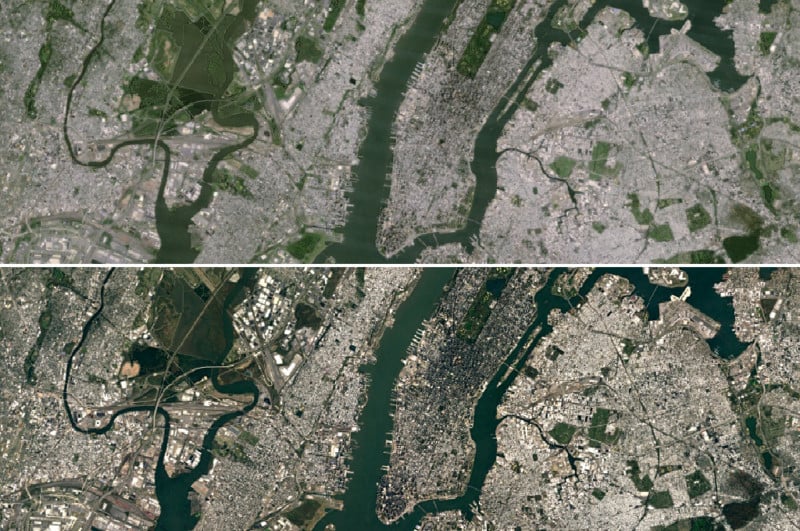 The Landsat 8 satellite captures greater detail, truer colors, and twice as many images per pass as its predecessor. In all, Google went digging through nearly a petabyte of Landsat image data, a total of 700 trillion pixels, in search of the best cloud-free pixels it could combine into the final mosaic.

Thanks to that work, the views of Earth from Google’s vantage point have never been sharper, more colorful, or more beautiful:

To see it all for yourself, open up Google Earth or tap the satellite view on Google Maps. And if you’re interested in more details on the making-of, head over to Google’s Maps blog by clicking here.