Making food look appealing on camera is no easy task. For still photos, food photographers use all kinds of tricks and non-food products to make food look beautiful and tasty. Similar hacks exist for capturing food on video. In its new ad above, Carl’s Jr. decided to go the easy route instead of using those techniques.


The “Welcome to Cali” commercial features NFL football player Todd Gurley being introduced to the California Classic Double Cheeseburger. But instead of holding an actual burger for the close-up and “first bite” shots, the brilliant minds behind the video decided to simply insert a studio photo of the burger.

Here are a couple of still frames: 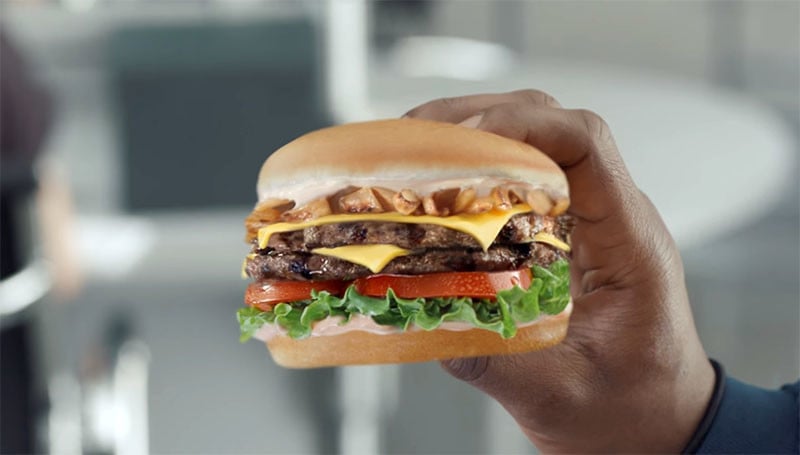 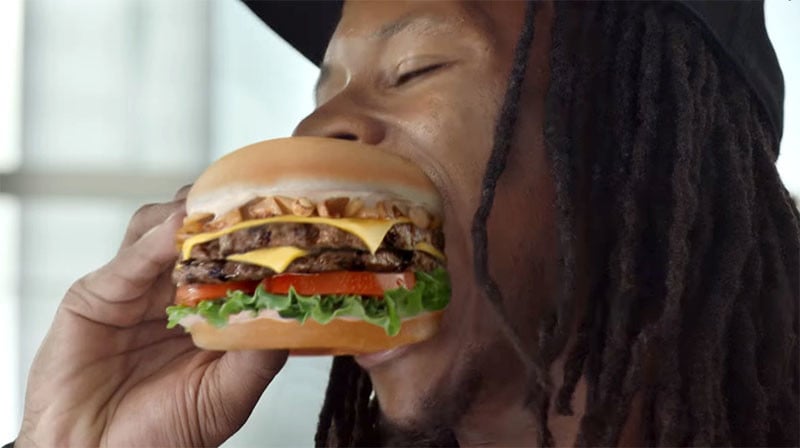 And yes, they used the exact same photo (though slightly warped and edited) in both of the shots:

The video has an 89% “dislike” rating on YouTube, but people are definitely talking about it…

You know your burgers are trash when they have to CGI one for Todd Gurley to actually 'eat' it. Ehhm @CarlsJr

This is the worst CGI I've ever seen in a commercial. THE WORST!@CarlsJr Did you think you could get away w/this?https://t.co/qcSDiQ4BRu

Do the models in the @CarlsJr commercials ever ACTUALLY eat the burger or is it ALL CGI? What does that say about the product?

Hey, @CarlsJr.
Your ad burgers looking nothing like your actual burgers.