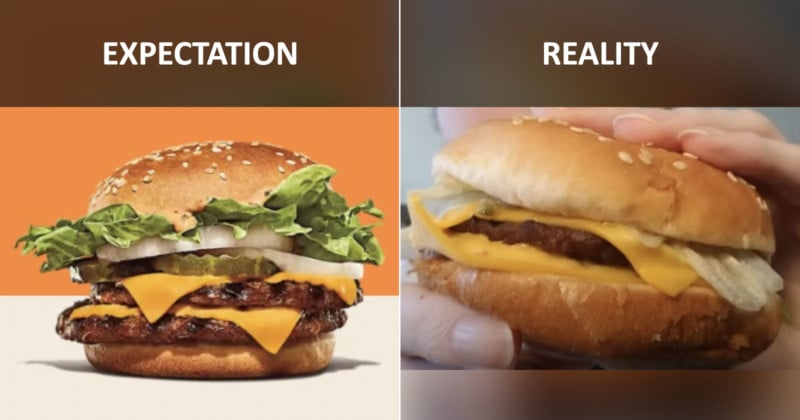 A group of customers has filed a lawsuit against the fast-food chain Burger King alleging that the company’s advertising photos make the food look bigger than what they were served up in reality.

A South Florida lawyer representing the plaintiffs called Anthony Russo has filed a lawsuit against the global fast-food restaurant chain for misleading customers by misrepresenting the size of its burgers in images by making them look bigger.

In the lawsuit, Russo says that Burger King advertisement photos show “oversized meat patties and ingredients that overflow over the bun to make it appear that the burgers are approximately 35% larger in size, and contain more than double the meat than the actual burger.” 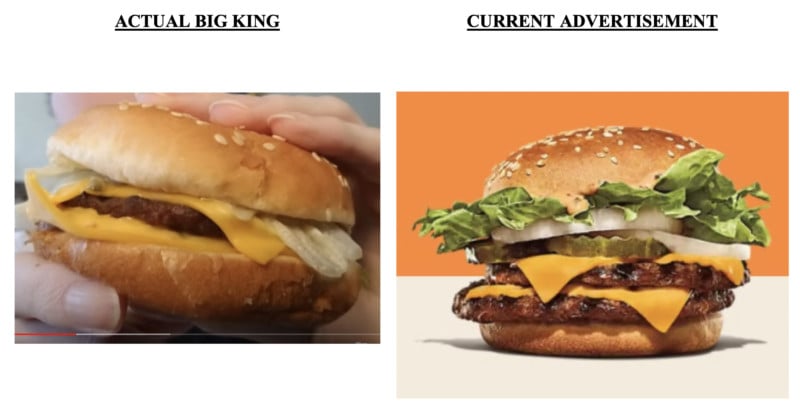 The lawsuit claims the fast-food chain started to “materially overstate the size of its burgers” in images around September 2017. Before that, the suit claims, Burger King “more fairly” advertised its food products.

It specifically mentions promotional images and adverts of the restaurant’s beloved Whopper burger as well as the Impossible Burger, the Big King, the Bacon Double Cheeseburger, and others.

To back up their claims, the plaintiffs offer photographs allegedly showing differences between burgers purchased from a Burger King restaurant and those represented on the company’s website and on its restaurant menus.

The lawsuit also points to social media posts and YouTube videos by flood bloggers complaining about the difference between the advertised Burger King products and the food they received. 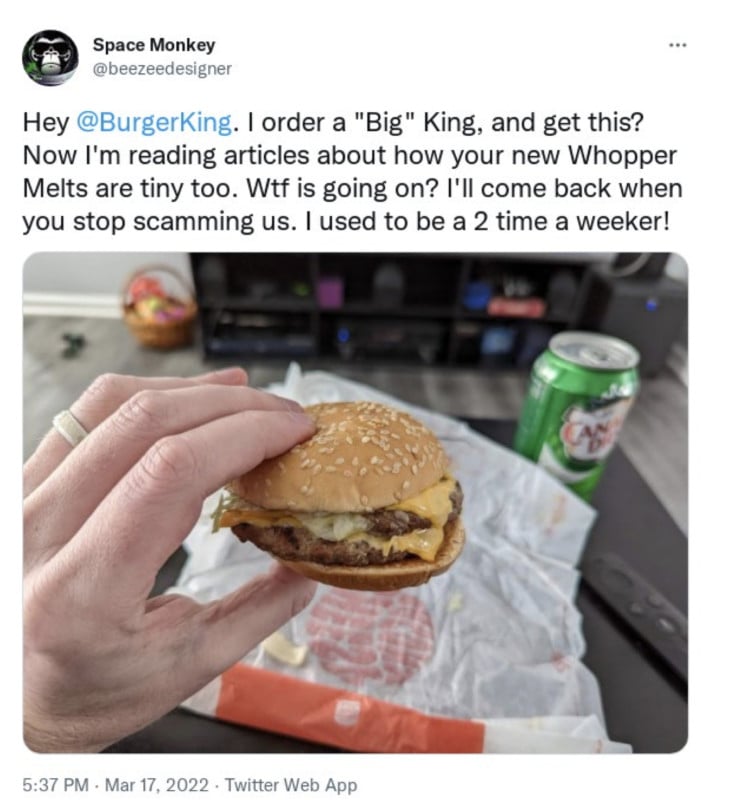 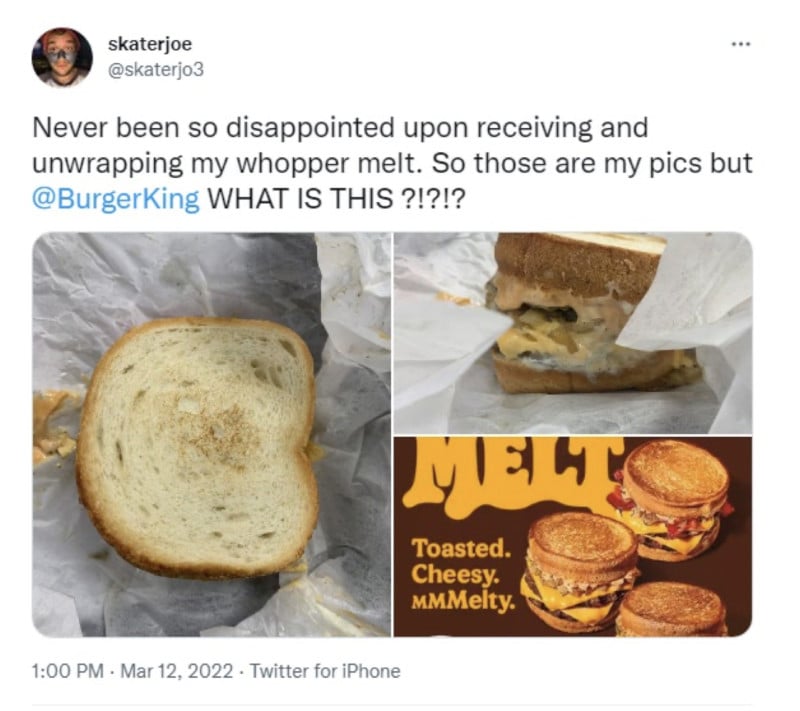 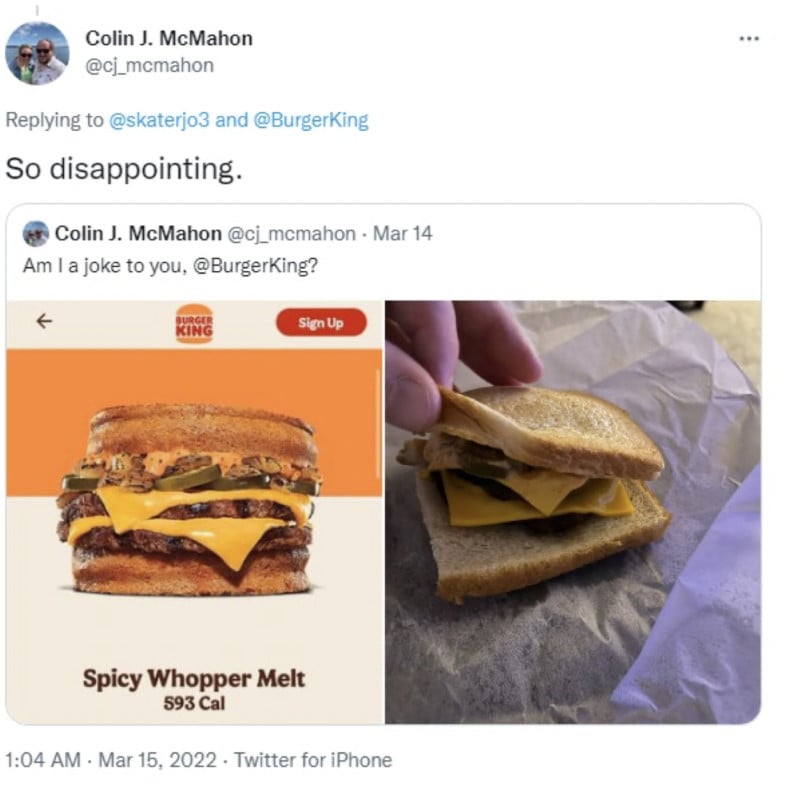 “Deceit” in a Time of Inflation

While it’s commonplace for the food industry to make its products look more appealing in marketing images, the lawsuit claims the issue has more importance given the highest inflation in 40 years and the pressures on consumers’ budgets.

It’s not the first time Burger King has been accused of inflating food in its ads. The United Kingdom’s advertising authority cited the company 12 years ago for burgers that had height and thickness “considerably less” than what was advertised.

The plaintiffs are asking for monetary damages for all Burger King customers allegedly “deceived” by the burgers marketed in the fast-food giant’s advertising.

They also ask that Burger King either cease selling the “overstated menu items” or amend its commercials to be more accurate.