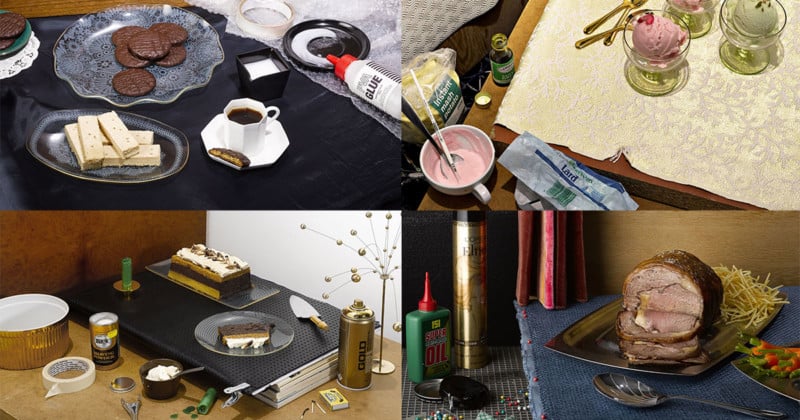 Food photographers have all kinds of tricks they use to make food — or what appears to be food — look appealing on camera. Those tricks are revealed in a new photo project titled Faking It.

Each image shows a behind-the-scenes video of a food photography shoot. In one section is the delicious-looking food, arranged beautifully on a nice backdrop for its photo op. Look to the side, and you’ll see the strange and inedible things that are being used to create an appealing look.

Fake champagne is created with water, soy sauce, and Alka Seltzer for the bubbles. Food is propped up using blue plastic pieces. 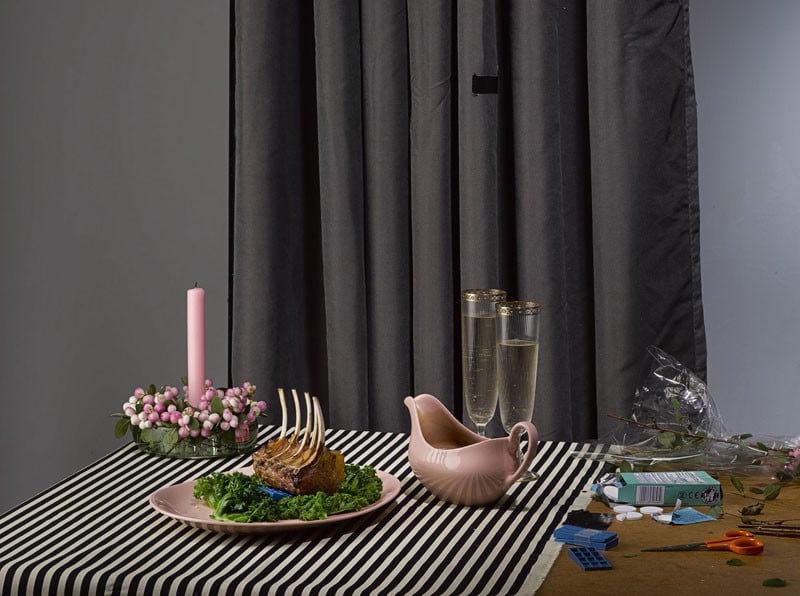 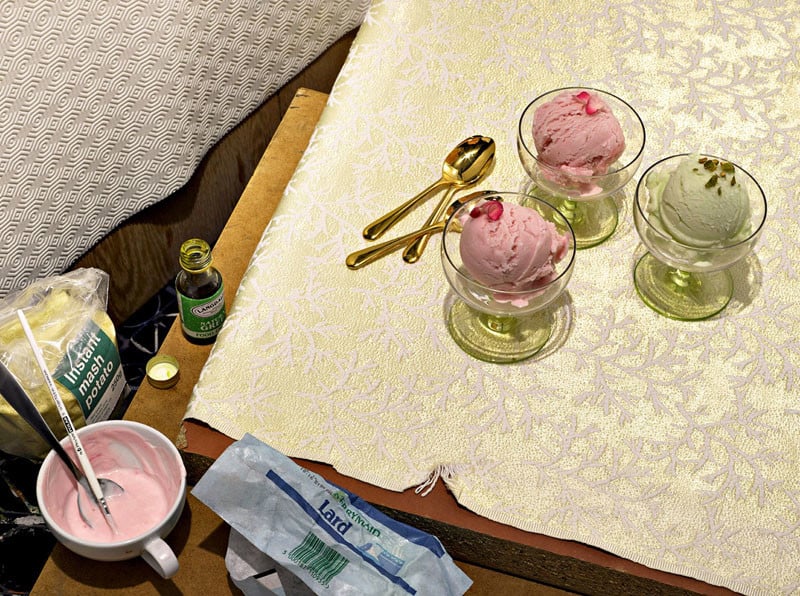 The bloom, or dusty look, on grapes is added using talcum powder. Everything is held together in a desired form using toothpicks and fishing wire. 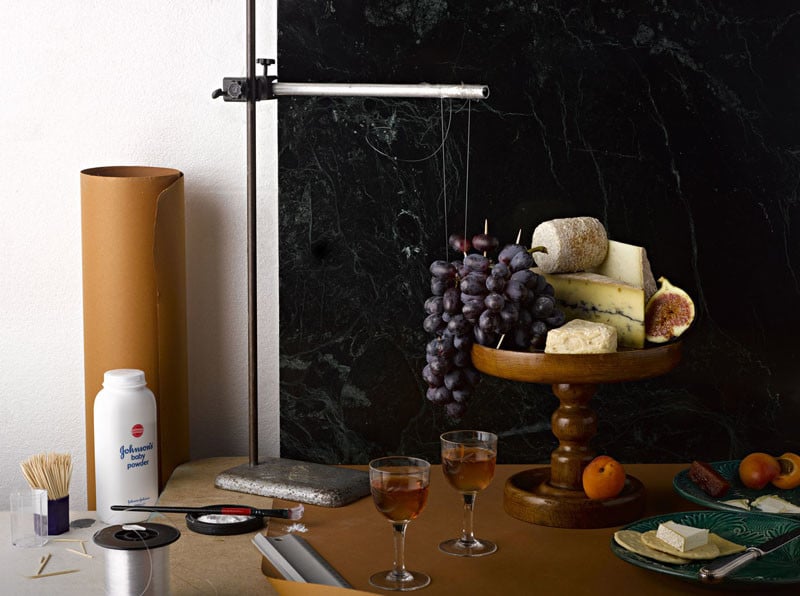 Cake is decorated with spray paint, and the cream is actually shaving cream (it doesn’t melt as quickly under studio lights). 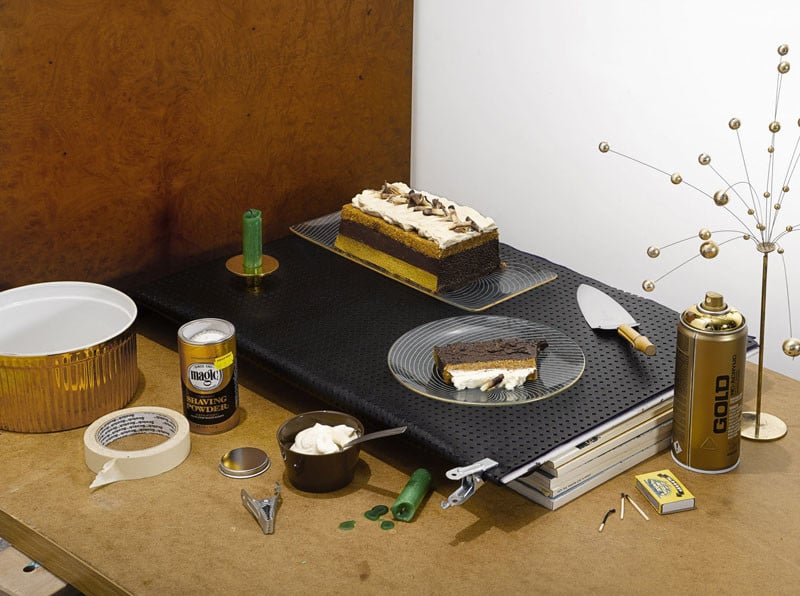 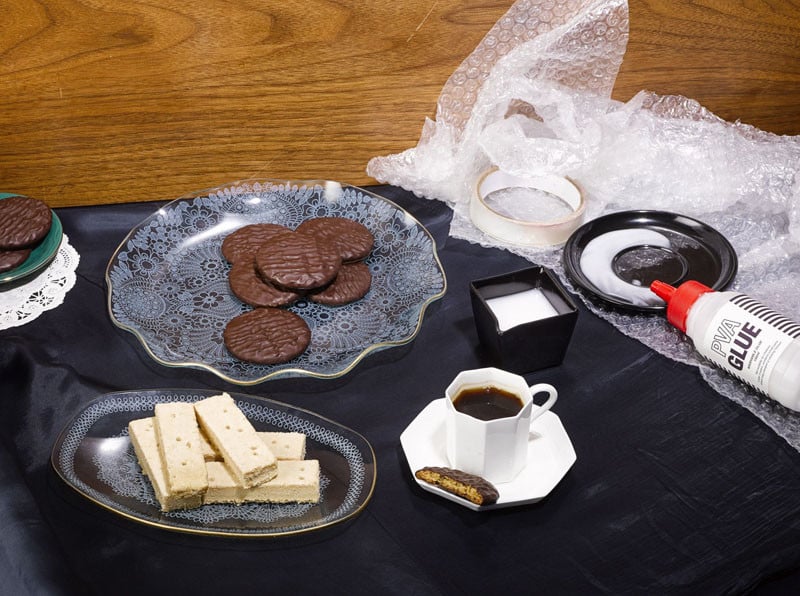 Back in 2012, we shared a lengthy list of random inedible things you can use to make food photos look more appealing.

(via Sandy Suffield via NPR)