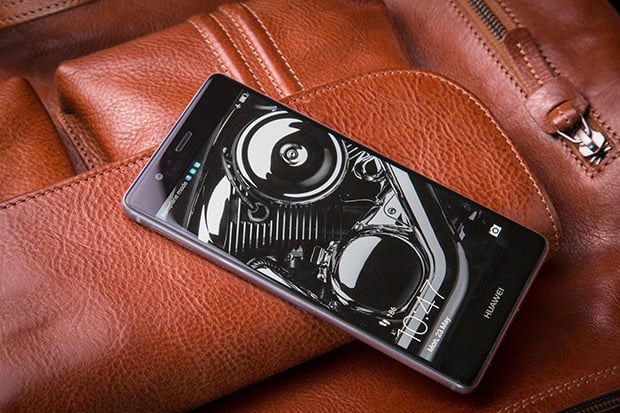 We know the maxim: the best camera is the one you have with you. We do not carry our cameras everywhere all the time, and when we come across something we want to capture, we reach for the only image capture device we have with us—the phone camera. It doesn’t have the quality we expect from our ‘real’ cameras, but it is usually decent for snapshots and social event photos.

Because of its convenience, many photographers wish for better image quality from the phone camera. Smartphones often struggle to match even those cheap point-and-shoot cameras that have already fallen out of fashion. But like the story of MP3 players killing off CD players, consumers are happy to sacrifice some quality for convenience.

For their part, phone manufacturers recognize the importance of image quality and have been working hard to improve their cameras—from the 41MP Nokia Lumia 1020 to the Samsung Galaxy K Zoom with its 10x optical zoom lens, manufacturers are racing to deliver the best phone camera with the most innovative technology.

When Leica announced it collaborated with Huawei on their phone camera, photographers immediately sat up and took notice. Not only does the new Huawei P9 feature the most prestigious photography brand, it features dual camera lenses. While some phone cameras already spot two lenses to capture different focal lengths, the P9 uses one for an RGB sensor to capture color, and a monochrome sensor to acquire detail. The two outputs are then synthesized to “create images of superior detail, depth and colour.”

The question is: does the Huawei P9 live up to its hype? 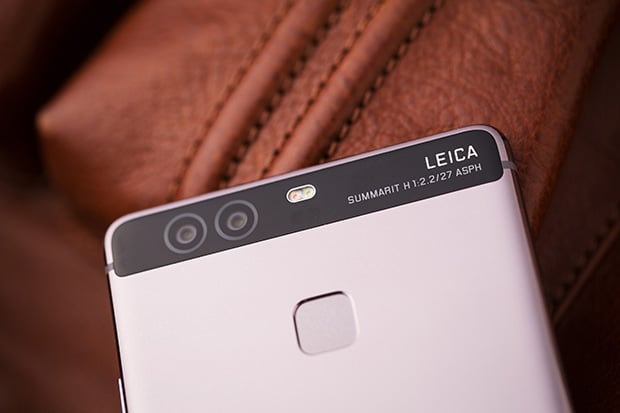 It all sounds fantastic: promises of revolutionary dual-lens technology and a collaboration with Leica. But news soon made its way around that Leica was merely certifying rather than co-engineering the P9’s camera module. It was discovered that the module is in fact manufactured by Sunny Optical, one of the world’s largest phone camera module supplier. Huawei and Leica jointly denied the rumour, insisting that “Leica has been deeply involved in the development of these devices.”

“There has been significant technological collaboration between Huawei and Leica around many aspects of the camera, including optical design, imaging quality, image data processing, optimization, and the mechanical construction of the camera module to the graphic user interface,” the companies said in a press release. “The devices meet Leica’s highest imaging quality standards.”

Putting the controversy of Leica’s involvement aside, let’s examine the specification and performance of the Huawei P9. Sporting a 5.2-inch 1080p display, the P9 runs on a Kirin 955 2.5GHz 64-bit ARM-based processor and is powered by a 3,000mAh battery. The phone itself feels well-constructed with aerospace-class aluminium covering. Size-wise, it is slightly smaller than my iPhone 6 Plus, and measures about the same thickness.

For this review, I’ll be discussing the camera on its own merits. As a user of the Apple iPhone 6 Plus, I’ll also provide some comparison of the two phones. Granted, it is not the latest iPhone 6+ model (with improved camera over the iPhone 6), but it will offer some basis of comparison for iPhone 6 users through some comparison photos.

For the images in this review, I have done some Photoshop adjustments to optimize the images in terms of contrast and details retention to show how far you can possibly go with the image quality. At the same time, I will also provide some un-retouched images which are straight out of the camera (OOC) for those who are keen to see the native files. 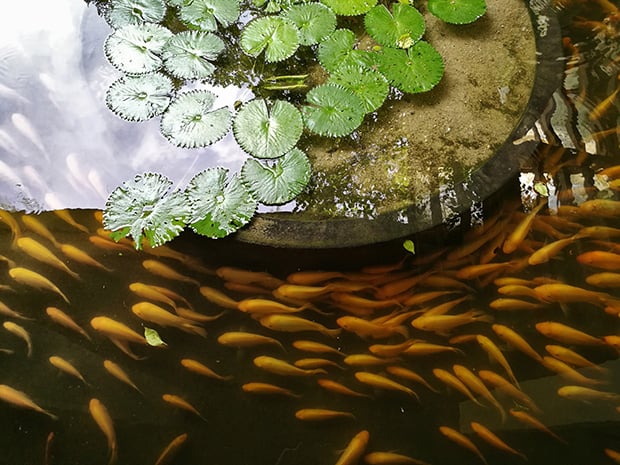 The P9 display feels dimmer than the iPhone, and although the image looks very sharp, it tends to feel over-sharpened and highlights can sometimes be blown out. For outdoor shooting, the display is visible in all but the harshest light.

The Huawei sports a pair of 12MP cameras, delivering 4:3 images measuring 3968×2976 pixels. In terms of focusing speed, it feels very similar to iPhone 6+; however, it feels like there is a very slight shutter lag compared to the iPhone.

What I really do like about the P9 though is the ability to press the power button and immediately go into the camera mode if I was shooting before I powered off the phone (assuming that I did not turn on pass code). For iPhones, there is the additional step of sliding the screen to activate the phone after pressing the power button, so it can be quicker to shoot with the P9. 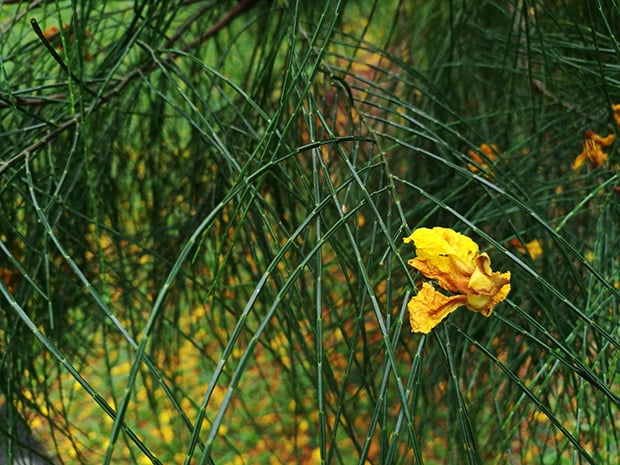 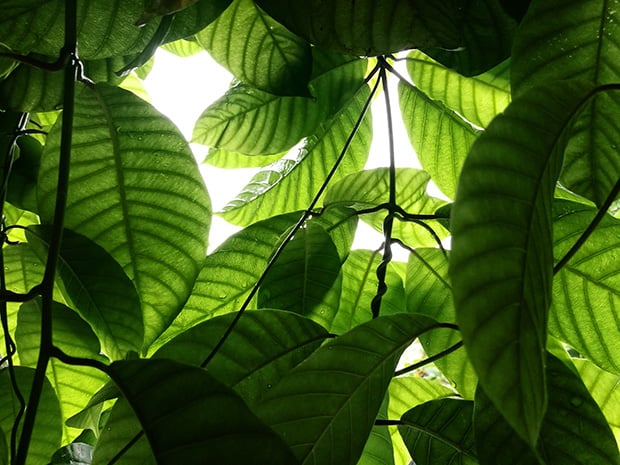 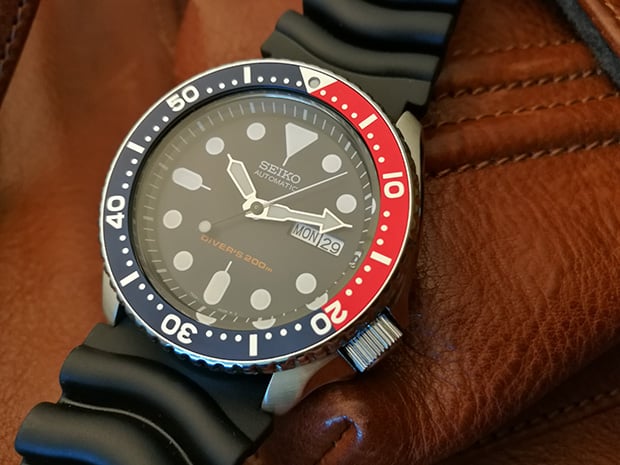 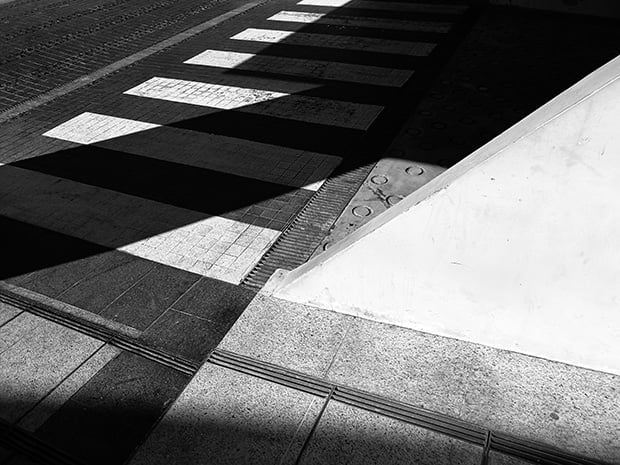 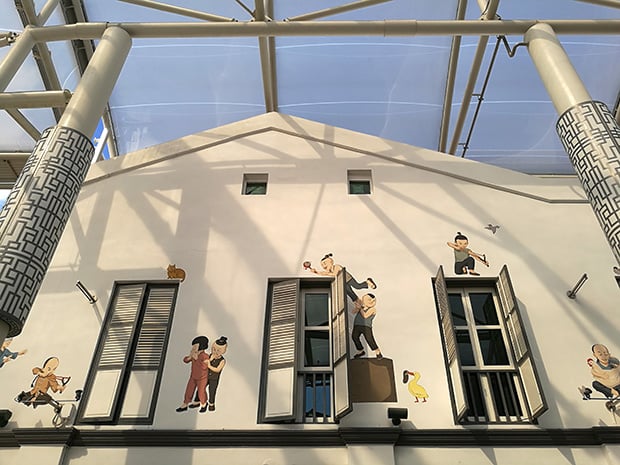 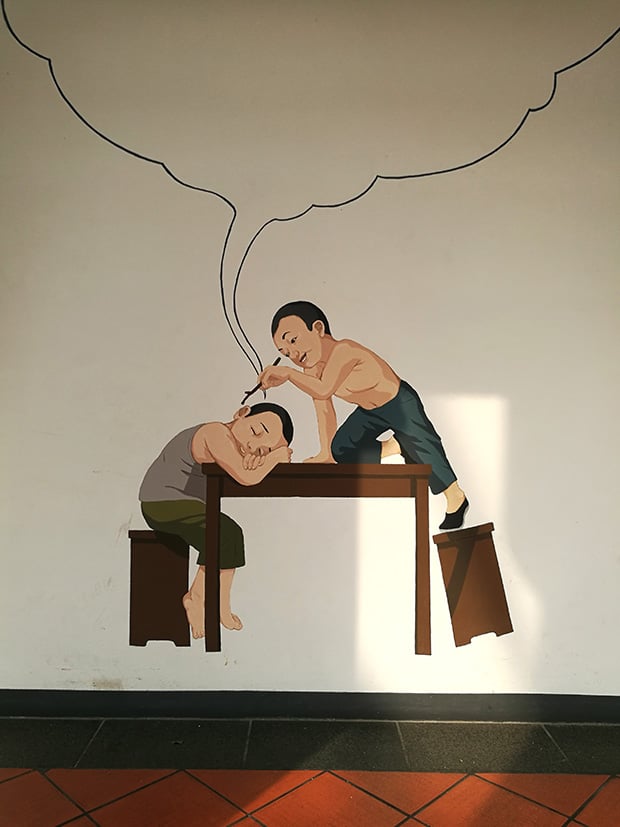 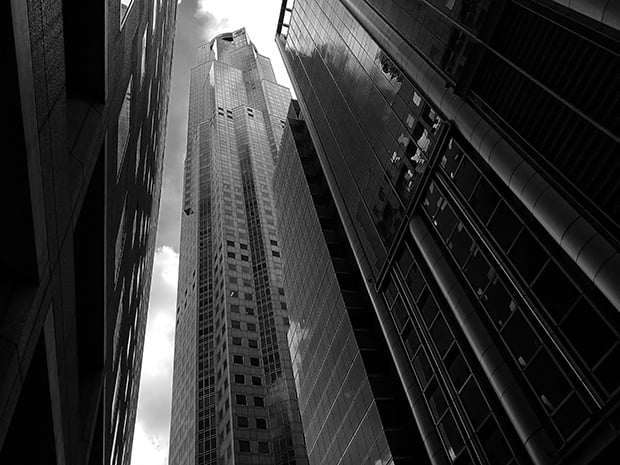 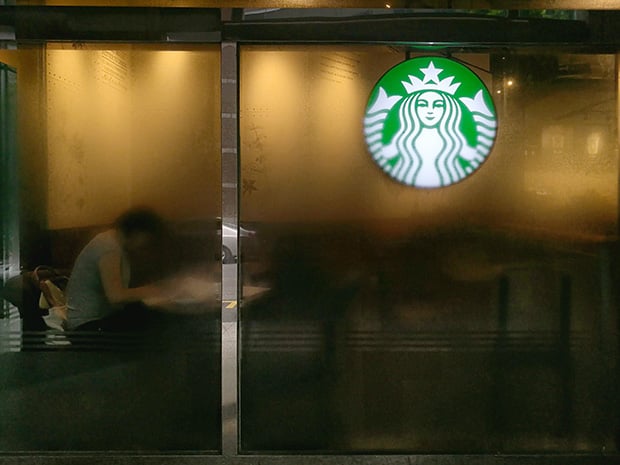 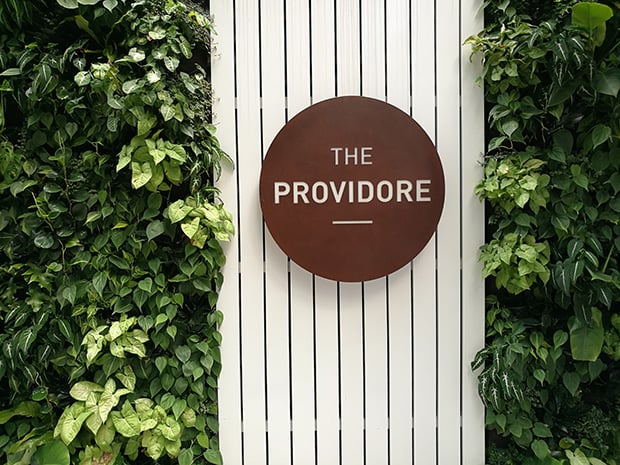 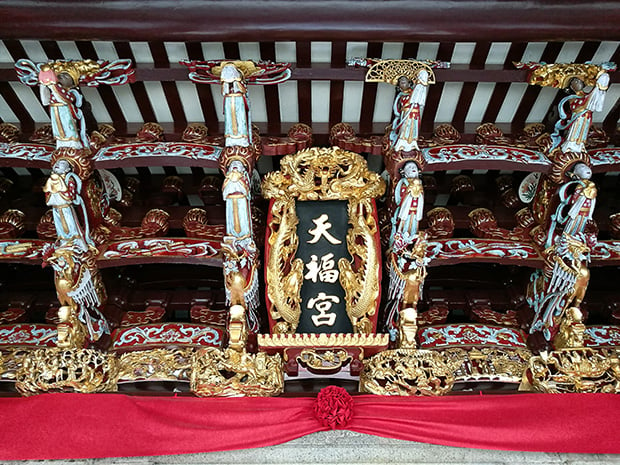 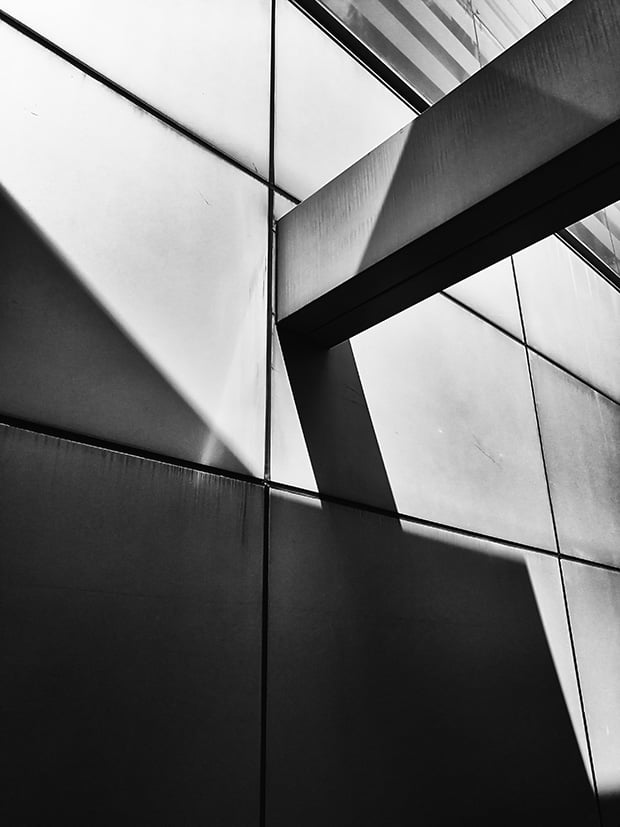 In terms of image quality, the Huawei P9 delivers images that have a touch too much contrast and saturation for my taste. They look like the work of someone who just discovered the use of curves in Photoshop.

Coupled with the rather noticeable noise reduction and a bit of smearing, it lends the images a digital look. Compared side-by-side with Apple, the iPhone 6 images look slightly washed out (note: the current iPhone 6S has improved contrast and resolution over the 6), but they look more natural than the P9 photos. Some people will prefer the P9’s punchier delivery though, so it’s a matter of taste.

The Huawei P9 also has a tendency to veer on the warmer side in terms of colour balance. Although it sometimes helps to bring a more pleasant rendition to the scene, I prefer a more accurate white balance.

The appeal of the P9 lies in its comprehensive list of features and control for its camera. Straight up, the feature I appreciate most is the ability to separate focus and exposure points during shooting.

Where the iPhone relies on one point to focus and expose for, the P9 lets you pick different points for the focus and exposure. For example, if you are shooting a photo of a white house, you can select the focus to be on the house while shifting the exposure point to the green trees beside to get exposure reference close to 18% grey. The iPhone allows you to select the focus point, then slide to adjust exposure compensation. It works, but it is neither as fast nor as elegant as the P9’s solution.

Another useful feature is the “pro” mode: a fanciful name for manual control mode. It allows you to set ISO (50 to 3200), shutter speed (1/4000th sec to 30 sec), exposure compensation, autofocus (AF-S, AF-C or MF), white balance, and metering patterns. Of these, I found the ability to change shutter speed the most useful.

As an illustration, I took the photos of a small stream to show how it allows you some measures of creativity and control even for a mobile phone camera:

Like all camera phones, the dynamic range suffers as a result of the small sensor size. It is easy for highlights to be blown out, so care must be taken to properly expose (or underexpose slightly) the images. The exposure controls of the P9 makes it easy to do so, but a bit of Photoshop work is recommended to extract the shadow and highlight details.

It is obvious that Huawei wanted to pack as many features into the camera as possible. Other than the manual settings available, users can access modes such as Monochrome, High Dynamic Range (HDR), Night Shot, Light Painting, Time Lapse, and Slow-Motion. You can also change various settings of resolution (12mp, 9mp, or 6mp) and aspect ratio (16:9, 4:3, or 1:1). Accessing these controls by swiping from left and right keeps the main camera screen user-friendly and uncluttered.

Does it work? It depends. In some scenes where there are clear edge definition of the subject, the bokeh mode does work well in spoofing depth of field; however, when the subject is complex or the edges are not clearly defined, the software has difficulty in edging out the subject and you end up with hilarious results.

The bokeh mode is a bit of a gimmick, and is a hit or miss depending on your subject matter. But it is fun to have, since it is just a non-obtrusive button on the menu.

The Huawei P9 tends to heat up very quickly, even after just a couple of minutes of shooting, but it didn’t seem to affect the performance and the heat dissipated quickly after I finished shooting.

The screen shutter button did “hang” occasionally when I was shooting, so I had to turn the camera off and on (but not rebooting the phone) to get it working again. I am not able to verify if this is a problem with my particular phone.

In conclusion, it was fun shooting with the Huawei P9. The images are more contrasty and punchy in terms of colour saturation than I was used to, but there’s not much a bit of retouching can’t fix. I do find the sharpening a little over the top though, and that is a bigger problem in post production. 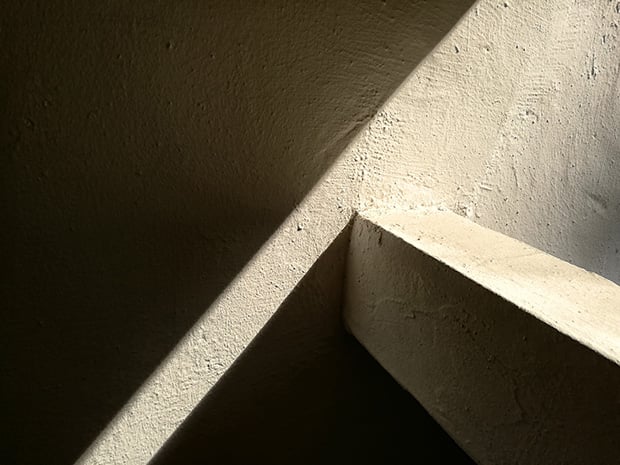 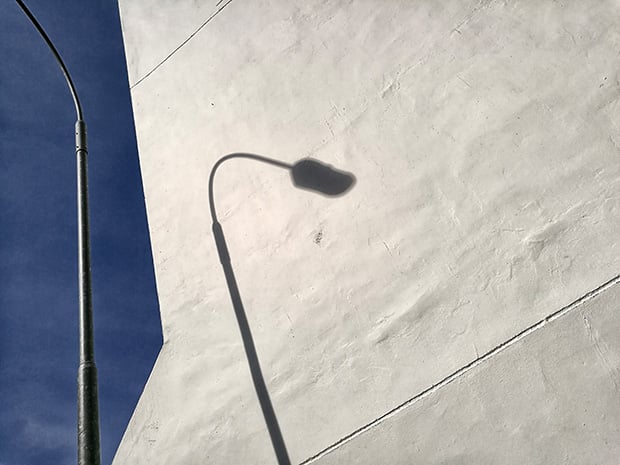 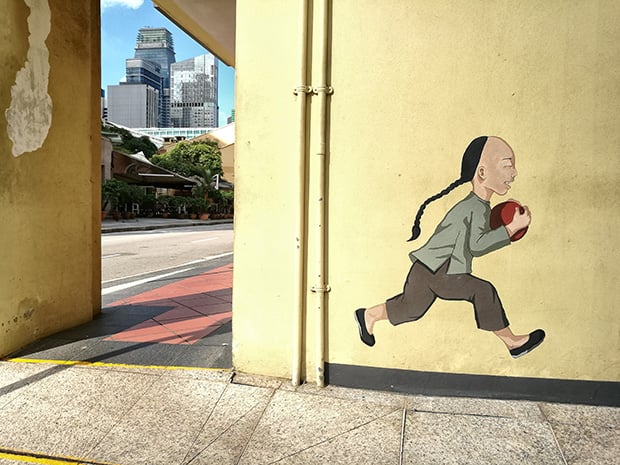 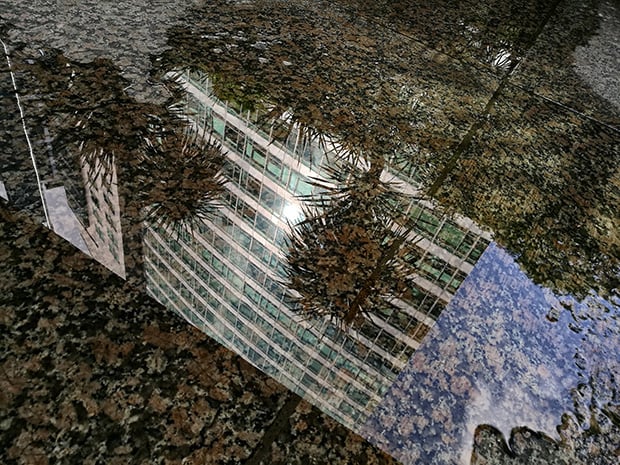 The sheer number of features and controls that Huawei incorporated into the P9 make it a much more functional camera than most phones. You can certainly get some of these features on other phones via third-party apps, but having them natively incorporated is a sign that the manufacturer thought hard about the camera function and features. The interface design of the camera function is well-planned, making it easy to quickly access and select functions.

Bear in mind that the P9 is, after all, a small-sensor camera phone, and even Leica can only do so much about the laws of physics. To put things in perspective though, and you will find that regardless of Leica’s actual involvement in the development, the Huawei P9 is still a phone camera that delivers pretty impressive images and controls for the photography enthusiast.

Click on the following galleries to see the images in full resolution.

About the author: Nelson Tan is a Singapore-based photographer and instructor. Visit his photo blog, Facebook, and his photo gallery.

Opinion: A Disturbing Trend in Photography

A Photographer Explains His Passion for Large Format Photography