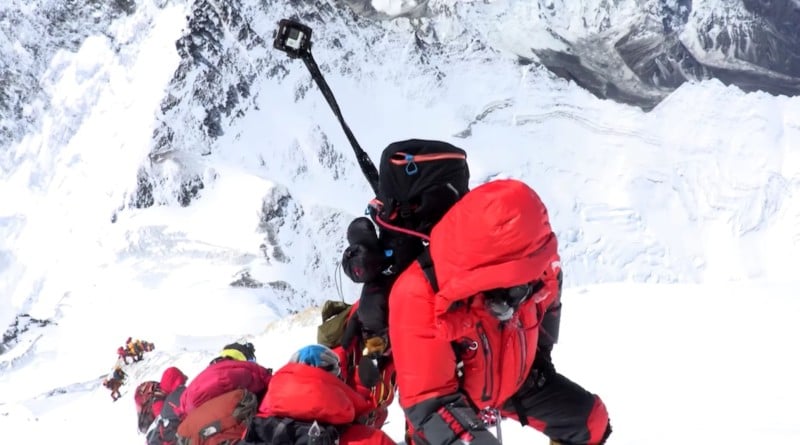 Congratulations are in order for all of us couch potatoes: thanks to four incredible, dedicated sherpas, we can now ‘climb’ to the top of the tallest mountain on Earth from the comfort of the nearest recliner.

The incredible feat was part of mountaineering equipment maker Mammut’s #Project360, an ambitious project that pairs expert mountaineers with tough 360° camera rigs and sends them on some of the most iconic mountain climbing expeditions on Earth.

Today’s achievement is a massive milestone for the project in particular and virtual mountaineering in general: four Nepalese mountain guides working with Project360 have become the first men in the world to document the whole South route to the summit of Mount Everest with a 360° camera rig.

The camera system they used consisted of 6 GoPros synched in a cube. One rig shot a picture every 30 seconds while another captured video continuously throughout the climb. 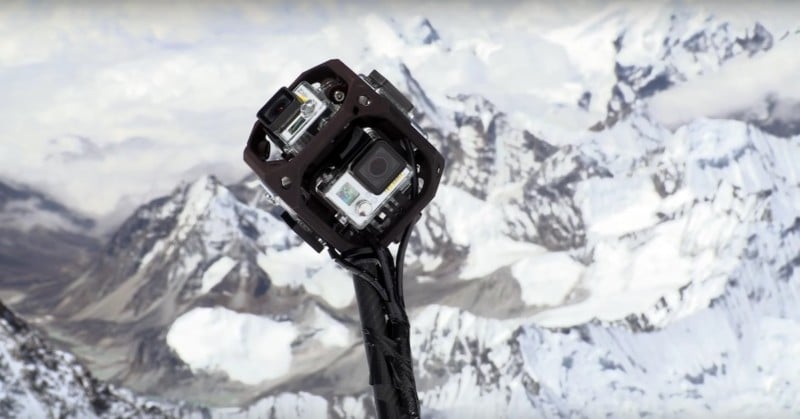 From basecamp all the way to the summit the cameras kept on shooting, and all those photographs have been stitched together into an interactive journey that you and I can take on from the comfort of our own homes. If you want, you can basically climb the mountain one photo at a time… although that would take you a while.

Ultimately, this is what you’ll find at the end. The summit shots, captured on the literal top of the world: 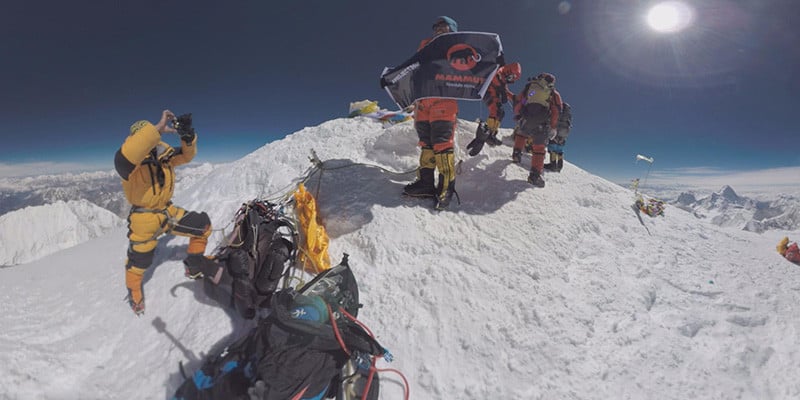 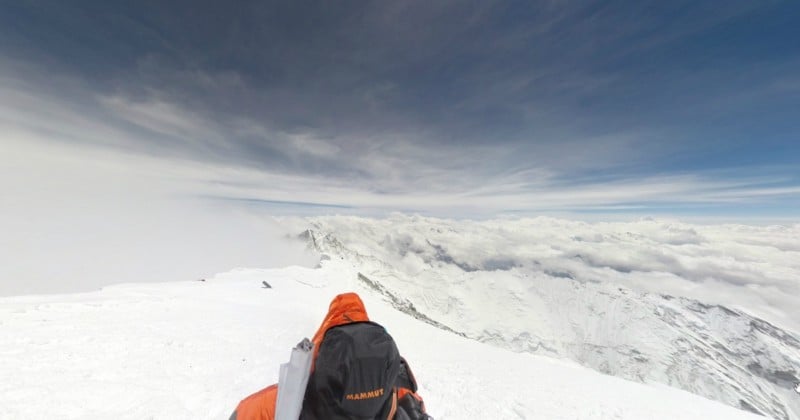 To experience it all for yourself, click here. And if you want to dive into the details of their journey and the harsh conditions they had to endure to achieve this incredible distinction, head over to the Mammut website here.

No Space Selfie for You: ARKYD Project Fails, Will Refund $1.5M to Backers