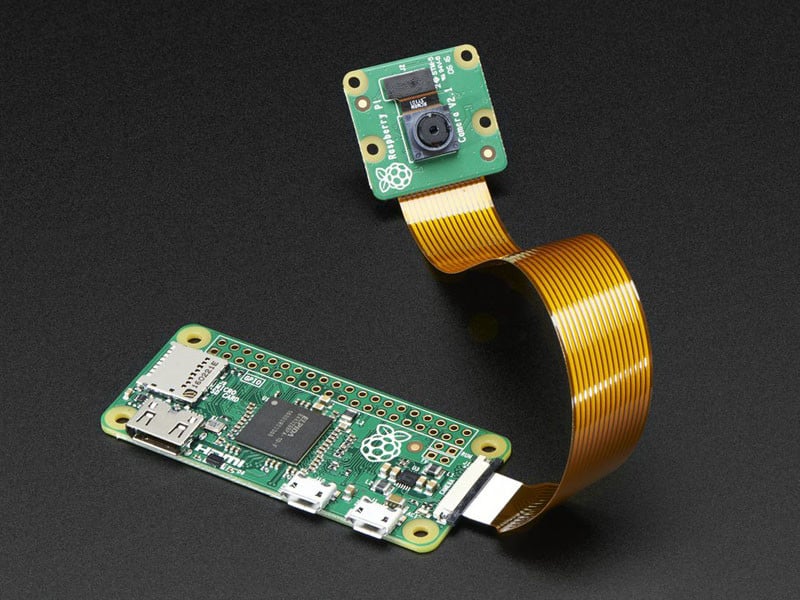 We’ve shared a number of do-it-yourself camera projects involving Raspberry Pi in the past. If you’re interested in trying your hand at one, it’s now even cheaper: the ultra affordable $5 Raspberry Pi Zero now has a camera connector.

The Raspberry Pi Zero computing board was launched last November in order to drive down the price of DIY computing projects even more than the original Raspberry Pi. One thing it lacked, however, was a connector that allows it to be used with Raspberry Pi camera modules. This “missing feature” has now been added.

“Through dumb luck, the same fine-pitch FPC connector that we use on the Compute Module Development Kit just fits onto the right hand side of the board,” writes Raspberry Pi founder Eben Upton in a blog post. “To connect the camera to the Zero, we offer a custom six-inch adapter cable. This converts from the fine-pitch connector format to the coarser pitch used by the camera board.”

What this news means is that you can now buy a simple $5 computer to utilize the new 8-megapixel Sony sensor Raspberry Pi camera that was announced last month.

If you’re interested in trying your hand at any kind of DIY camera project, you can purchase the Raspberry Pi Zero, 8MP camera module, and connector cable as a bundle for just $40 over on Adafruit.

4 Cheap Soviet Lenses Worth Hunting Down on eBay