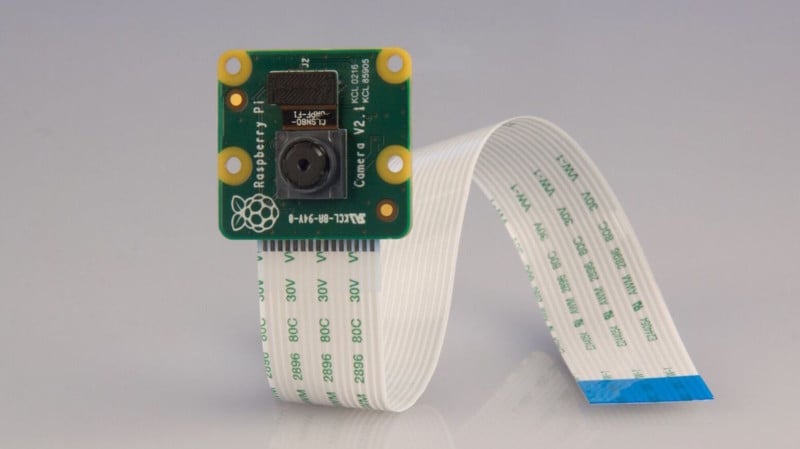 The 5MP Omnivision camera module was the Raspberry Pi’s very first add-on, but in the three years since it was release it hasn’t gotten a single update… that is, until today. The Rasberri Pi Foundation has officially announced the arrival of a new and improved Sony module (actually two), and it won’t cost you a penny more than the last one.

The sensor, which still comes in standard and infrared versions, comes from Sony and in addition to a 3MP bump in resolution over the old Omnivision model (from 5MP to 8MP), the Raspberry Pi team claims the new sensor is, “a leap forward in image quality, colour fidelity and low-light performance.”

In addition to photos, the new modules can also capture 1080p video at 30fps, and has been tuned special to work with the Raspberry Pi’s Videocore IV GPU.

But technical specs don’t interest us, what we’re curious about is how the photographers and DIY-lovers of the world are going to put these new-and-improved modules to work! After all, we’ve seen people shoot the moon with it, Kickstart interchangeable lenses for it, and even send it to the edge of space. What will you do?

To get your hands on one of the new models, head over to RS Components or Element 14, where the module will run you the same $25 it has always cost.