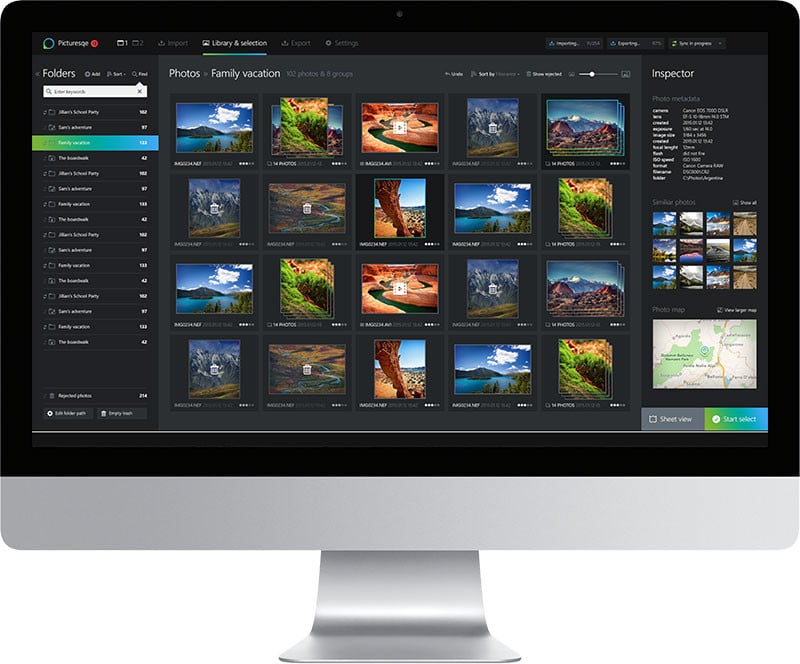 How many photos did you come home with from your last professional shoot? Whether that number is several hundred or several thousand, that’s a lot of photos to cull through, and a new Artificial Intelligence software called Picturesqe thinks it can help.

With support for over 600 RAW file formats, the ability to export directly to Lightroom, and intelligent zoom that lets you check groups of similar photos at 100% all at once, the software is clearly meant for pros who come home with thousands of photos to cull. Here’s a quick intro to how it works:

“The problem is that professional photographers take thousands of photos and have to spend countless hours to manually delete wrong shots and select the best ones,” Picturesqe founder and CEO of Picturesqe Daniel Szollosi recently told TechCrunch. “Picturesqe automatically groups similar photos based on visual similarities [and] scores them based on aesthetics so that it offers a pre-ranked list of photos.”

The final call on which photos stay and which go is always yours of course, but if you want a bit of artificial intelligence help with your workflow, the software might be worth a shot.

Picturesqe is currently only available on Windows as either a stand-alone app or Lightroom plugin, but the company is working on a Mac and iPad version that they say will be ready “soon.” If you do have Windows (or run it on a virtual machine on your Mac) you can try Picturesqe free for 3 months, after which you’ll have to sign up for a subscription plan at $10 per month, $15 per quarter, or $40 per year.

To learn more or get your free trial, click here.

This Auto-Extending Selfie Stick Has Fans and Beauty Lights