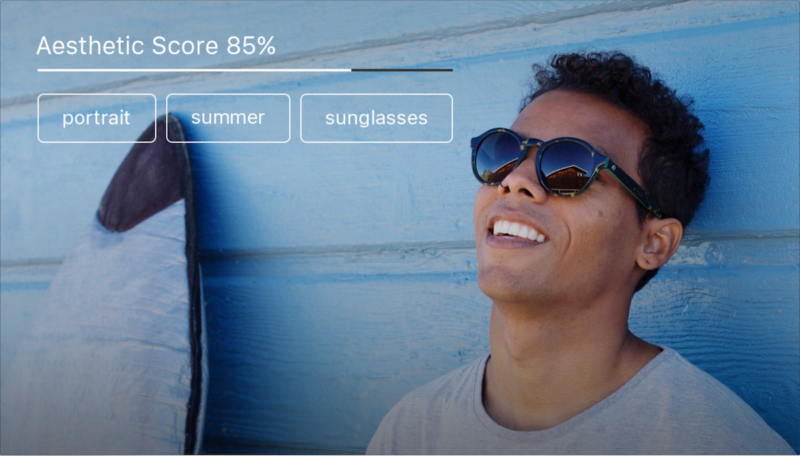 The team at photo community and marketplace EyeEm just released something really cool. Announced this morning, their new standalone iOS app “The Roll” is basically a much more powerful, intelligent replacement for Apple’s Camera Roll.

Everyone knows the Camera Roll is a bit of a nightmare. There’s no real automatic organization beyond timeline, and photos quickly (and easily) disappear into its wide open digital maw. ‘The Roll’ is the 21st century version of the Camera Roll; it’s what the Camera Roll should be.

The premise behind ‘The Roll’ is quite simple: without any input from you, it will automatically organize, tag, and rate all of the photos on your iPhone. Each photo is given an “aesthetic score” between 0 and 100, multiple nearly-identical shots are bunched together with the best one on top, and tags are automatically added to your images so you can actually find them later without scrolling to infinity.

“The Roll aims to replace your existing camera roll and eliminate endless scrolling,” EyeEm Co­founder and Product Lead Lorenz Aschoff says. “It’s as easy as one tap to quickly organize thousands of your images and find your best ones.”

Once you open the app (and give it permission to access your photos), The Roll gets to work. It will organize your images by topic, location, and event; add tags to all of your images for search purposes; and, finally, give each image a score.

That score is powered by “EyeEm Vision,” the company’s “revolutionary image recognition technology” that’s been trained by millions of images. You can think of that computer vision tech as the app’s secret sauce; using it, The Roll automatically analyzes and rates your images, pulling out the best ones for your consideration. 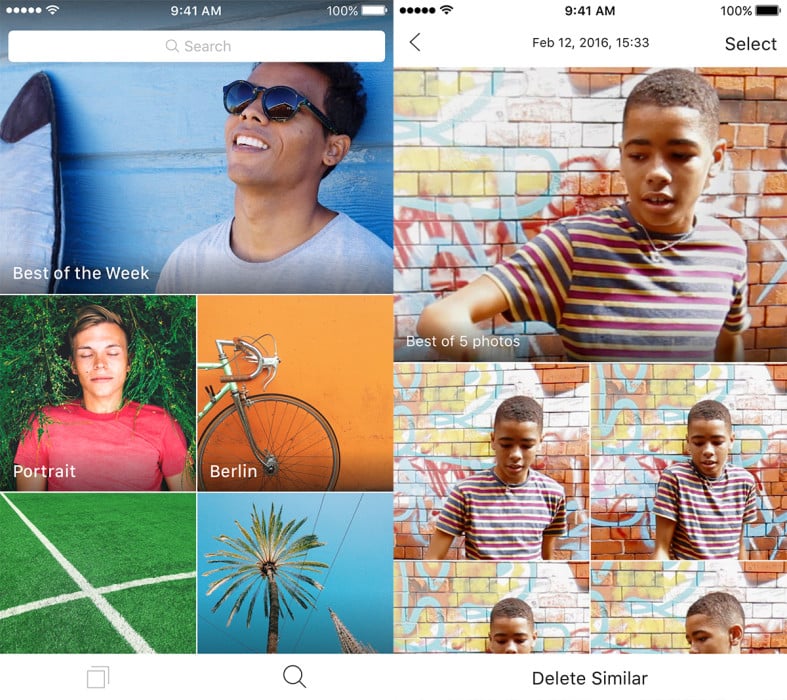 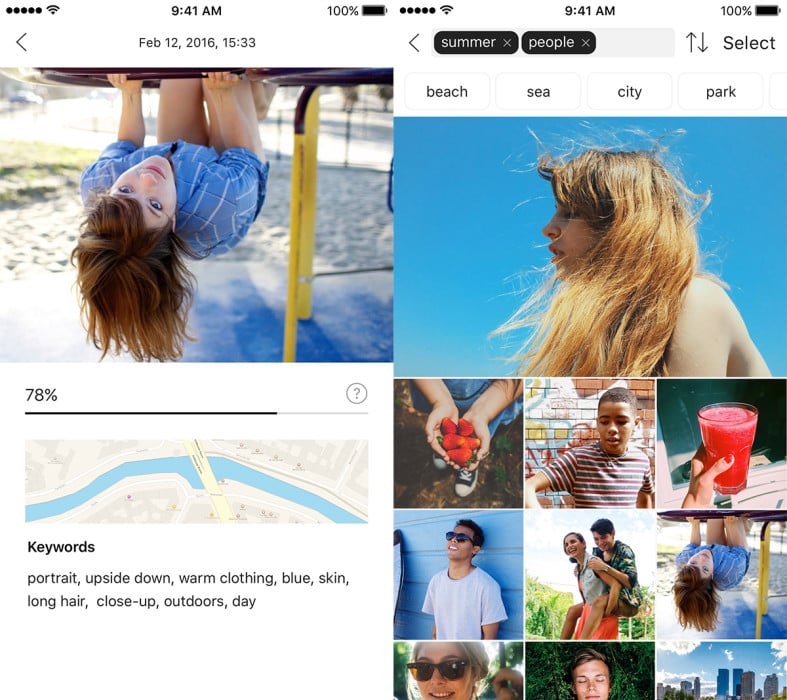 We got a live demo of the app about a month ago, and have been playing around with a pre-release version for the past week. With only a 16GB iPhone I have to keep my Camera Roll annoyingly trimmed, but even I have 350+ images in there that I’ve only scrolled all the way through maybe once or twice.

In less than a minute, The Roll had compiled all my images, bunched duplicates, scored each shot, and tagged everything. No matter how you slice it, that kind of speed is impressive.

But the app isn’t just fast, it’s accurate too. The tagging was extremely impressive: a picture of my dog in a grassy field got 22 tags and all but one of them I would consider extremely accurate (it even spotted my dog’s collar). By virtue of all these tags, finding photos became less about scrolling and digging incessantly, and more about a quick keyword search.

As for the rating system, I found it hard to disagree with it. Shots I thought were better got better scores, while typical ‘snapshots’ rarely broke out of the 40% range. Occasionally a ‘typical’ photo would receive a higher score, but that’s kind of the point of the app: is that a gem that I had overlooked? It forced me to second guess myself, and that alone was worth using the app.

The app is not perfect, but nobody is pretending it is—the beauty of computer vision is that it only gets better over time. Eventually, EyeEm will no doubt use this app to help draw out images that it thinks you should submit to its Missions, but for now The Roll is a powerful stand-alone app that is leaps and bounds easier-to-use than your standard Camera Roll.

Add to that the rating system and its potential to show you great shots you might have overlooked, and this could be a very useful tool for beginners and enthusiasts in particular. You might be a great photographer and not even know it (although, if you’re like 80% of people, you already think you’re pretty swell… but I digress).

The Roll is 100% free and available right now on the iOS app store. You can find out more about the app at this link, or go grab yourself a copy by clicking here.

72MP Sony ‘A9’ Prototype Spotted Out in the Wild, Report