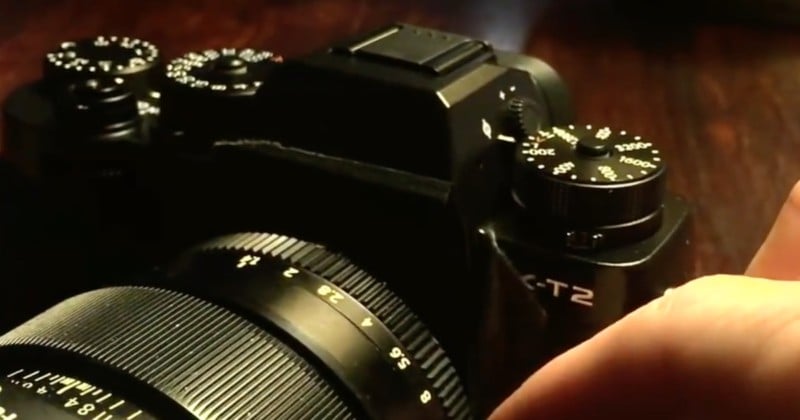 We’ve seen the upcoming Fujifilm X-T2 from almost every angle. And just yesterday, a video of the unreleased and unannounced camera went up online. But this isn’t a Fuji marketing stunt; it seems the company is frantically trying to find the source of the leaks.

According to Sebastian Matthews, a Fuji Rumors commenter who told PetaPixel he has many friends working at Fuji, “You wouldn’t believe—well, actually you probably would—the witch hunt that has been going on this morning.” Journalists and X Photographers alike are being questioned, and Fuji UK in particular is picking apart the video leak (embedded below) for clues about who that hand might belong to.

Ironically, this most recently leak has drawn more ire than curiosity—many are saying it’s hardly a leak at all. But Fuji UK doesn’t seem to see it that way.

“Fuji are looking for any slight detail to narrow down who might be leaking these,” writes Matthews in the FR comments. “It’s fun, but a bit annoying; nobody is saying anything about the X-T2 itself now. The hunt for the leaker is all that anyone will talk about. All my sources have dried up because of this hysteria!”

This might all seem like good press for Fuji, but if they do find out who the tipster is that person will not be a happy camper. Camera companies mean business when they make you sign an NDA.