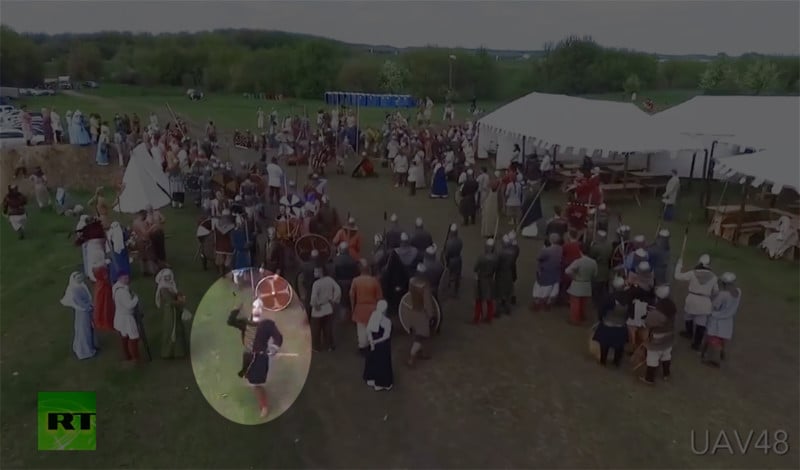 You can add “Russian guy with a spear” to your list of things your drone should fear. Joining Jet Skis, anti-Drone net bazookas, and mother nature herself, a Russian man at a history festival made his displeasure for drones known by taking one down with a spear.

The drone belonged to one Gennady Tolcheyev, who was out capturing some aerial shots of a historical reenactment in central Russia when a man dressed up as a (historically accurate, we assume) Russian warrior hefted a spear at his drone.

What’s more: the warrior hit his mark, bringing down the UAV in spectacular fashion. Check out this GIF of the takedown followed by the video below:

Fake vs Pro Photographer: Can People Tell the Difference?

Can Photographers Restore Their Devastated Business?