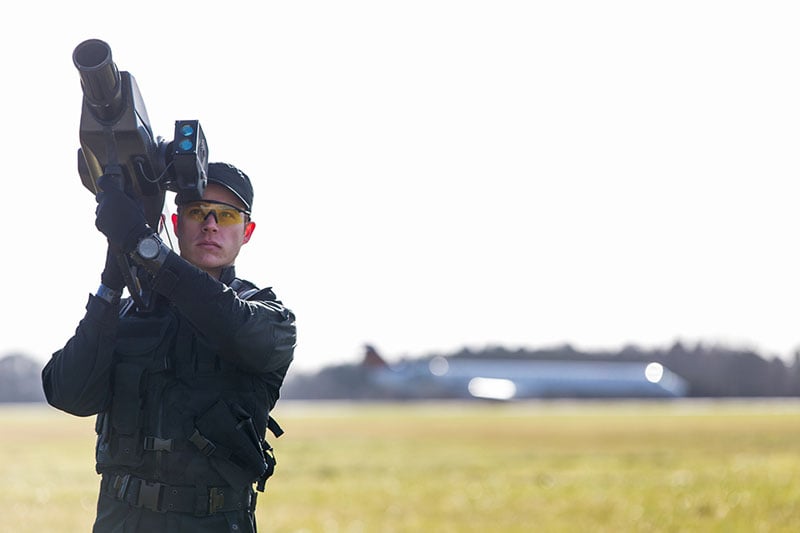 It looks like the future is going to be full of scary-looking weapons that are designed to take down rogue drones. The latest one: a shoulder-mounted anti-drone bazooka.

The defensive weapon is called the SkyWall100, and it’s a “man portable drone defense” system being developed by a UK company called OpenWorks Engineering. 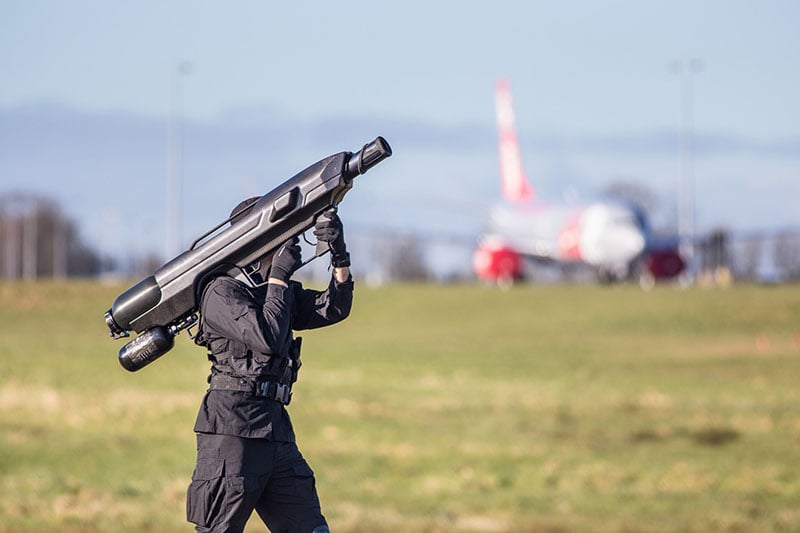 It’s not as fancy as that futuristic energy weapon that brings down drones with radio waves, but it may be quite effective nonetheless.

The SkyWall100 can be used by a single person and is light enough (~10kg/22lbs) to be carried around. It uses compressed air to shoot the projectile, so it’s nearly silent and can be used in public without causing people to panic. 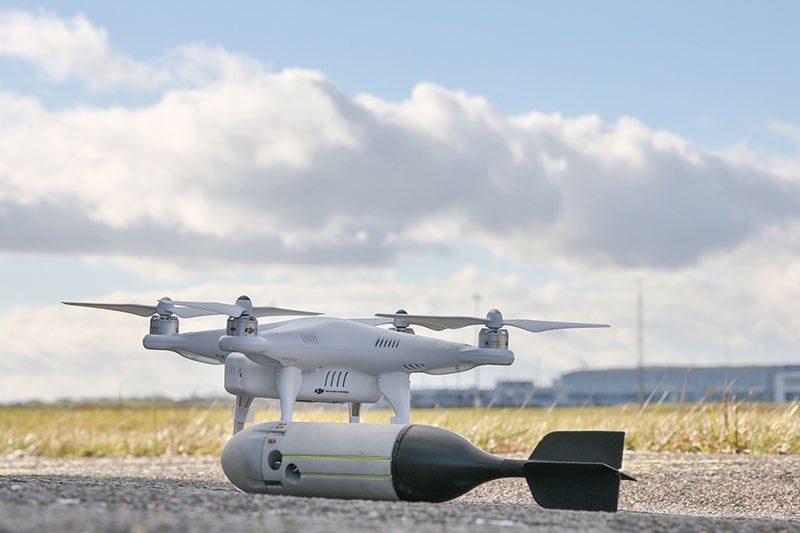 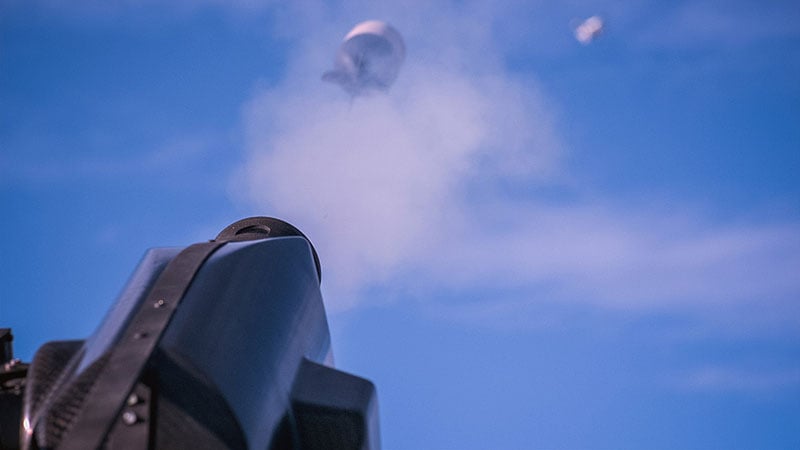 Once the projectile is fired at the drone with an advanced targeting system, a net inside emerges to capture the vehicle. A parachute is then automatically deployed to safely lower the drone to the ground. 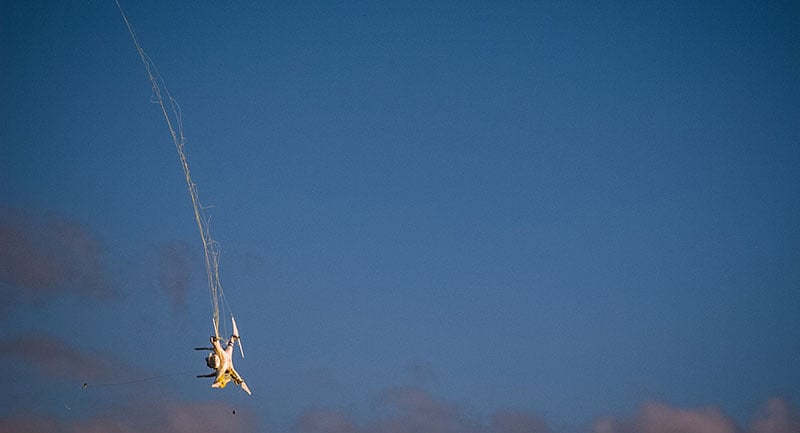 Other specs and features include a range of 100m, a rechargeable battery, a reload time of just 8 seconds, and a holographic reticule with a distance readout.

Here’s a promo video introducing the SkyWall100 and showing it in action:

No word yet on when we might see this weapon actually deployed or how much each unit costs, but it’s joining an ever-growing field of anti-drone countermeasures, from massive high-tech contraptions to net- and web-slinging drones to specially-trained eagles.

(via OpenWorks Engineering via Amateur Photographer)

Fujifilm X-T1 vs X-Pro2: Which Camera Should You Buy?