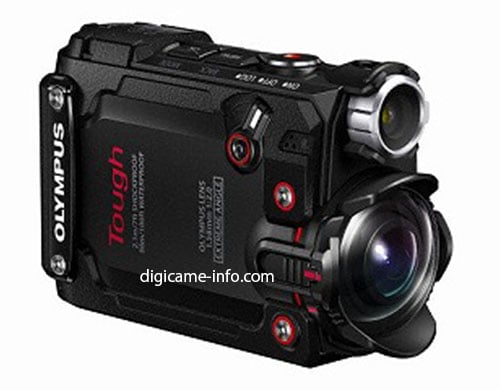 It seems Olympus will soon take its ‘Tough’ series of point-and-shoots in a new direction. A leaked product photo gives us a first look at what many suspect will be the company’s first “Tough” action camera.

The photo was obtained and published by digicameinfo, and it looks like the Olympus Tough action cam is going to look almost identical to its Tough point-and-shoots. With the exception of lens placement, the body looks pretty much the same as the TG-4 and TG-850 cameras.

Technical details about the actual camera are nonexistent as of right now, but according to 43 Rumors it may be compatible with current GoPro accessories. That, more than any other feature it could offer, might actually make this a true competitor in the crowded action camera space.

How to Use Office and Art Supplies for Product Photos

This Guy Made a Miniature 1900s Photo Studio