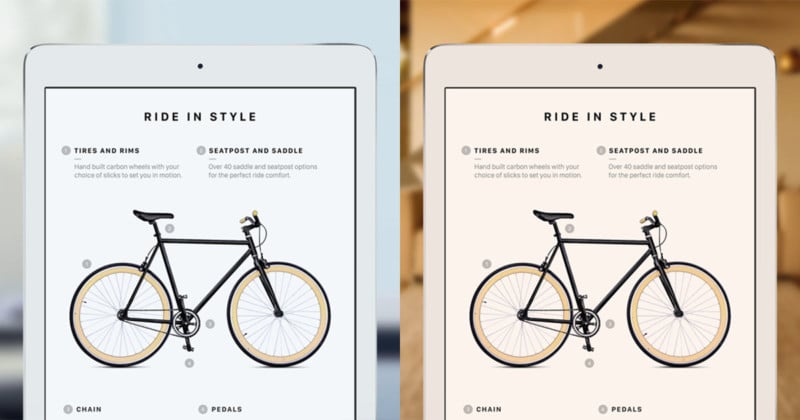 Basically, the 6.1mm-thick tablet can now auto white balance its screen based on the color temperature of the lighting around it. Using 2 new 4-channel ambient light sensors, the new iPad Pro measures the brightness and color temperature of its environment, then adjusts the colors of the display for a “paper-white” viewing experience.

The question for photographers is whether this feature can aid the eye in accurately reviewing and editing photos, or whether it’ll be a feature that’s best left off by those who are serious about color.

The color gamut in the new iPad is the same as the iMac with Retina’s 5K display, and color saturation is 25% more than on the iPad Air 2. Apple has also made the display 40% less reflective and 25% brighter than the iPad Air 2.

On the back of the new iPad is a 12-megapixel iSight camera that, like the one on the iPhone SE, can capture 4K video, 63-megapixel panoramas, and Live Photos. On the front is a 5-megapixel Facetime camera. The back packs a dual tone flash, and the front side has a Retina Flash. 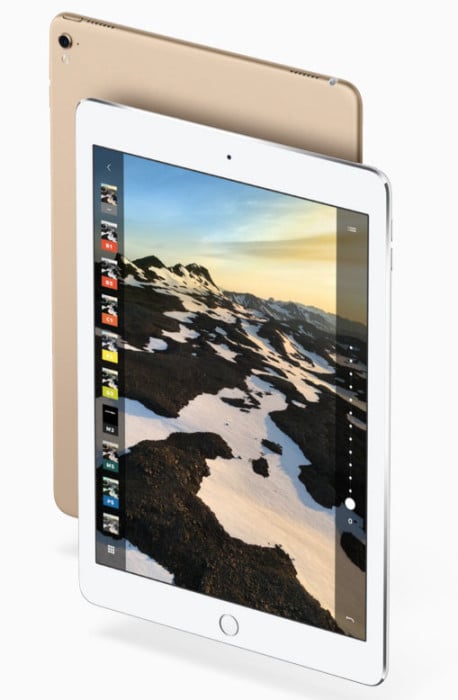 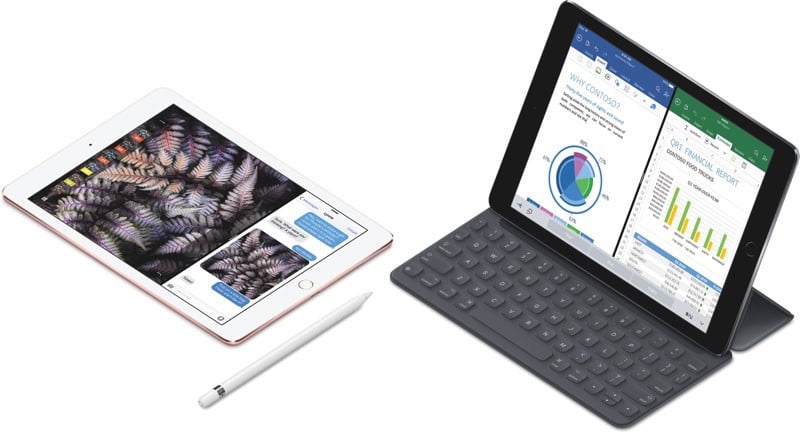 This Hyperlapse Through Saigon Was Shot Handheld with the DJI Osmo