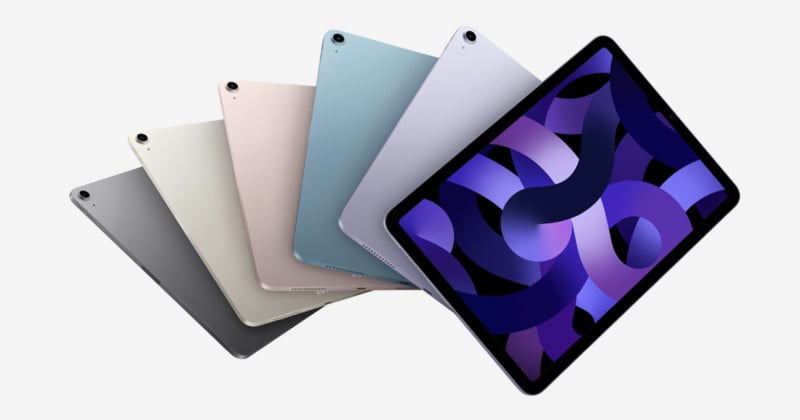 Apple has announced the new Apple iPad Air that is driven by the company’s M1 chip and sports 5G connectivity for powerful performance and connectivity on the go.

Apple has introduced the new iPad Air, what it bills as both thin and light, and now supercharged by M1 chip which the company claims delivers a massive leap in performance. The powerful chip was first added to the iPad lineup last year when Apple released the latest generation iPad Pro.

Apple claims that the new iPad Air tablet is faster than the fastest tablet in its segment available on the market today as well as two times faster than the best-selling Windows laptop in the same price range.

The addition of the powerful M1 chip brings what Apple describes as a “giant performance boost.” The tablet comes with an 8-core CPU which delivers up to 60% faster performance and twice as fast graphics performance compared to the previous generation iPad Air. 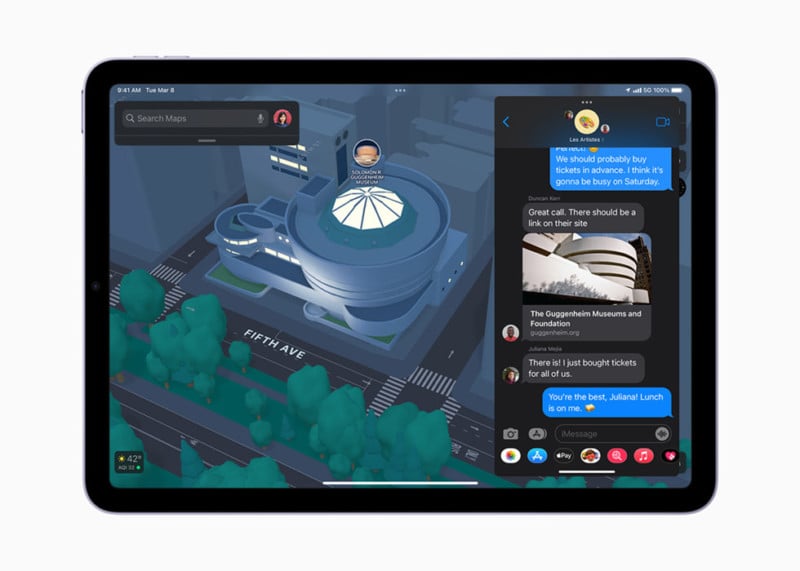 In addition, a 16-core Neural Engine helps power machine-learning which makes tasks, like selecting precise masks in Lightroom or editing 4K video, a smoother and easier experience for users.

iPad Air has an Ultra Wide 12-megapixel front camera with the Center Stage feature, which automatically pans to keep users in view of the camera as they move around. The camera can also detect when another person joins and automatically zooms out to include them in the video or conference call. With its inclusion here, all iPad models now come with this feature. 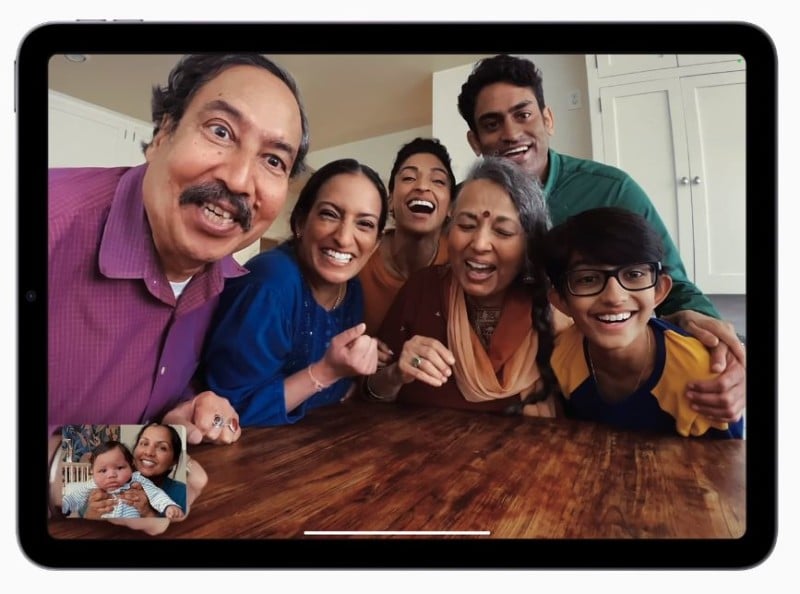 The 12-megapixel wide camera on the back of the tablet allows users to capture sharp photos and 4K videos, as well scan documents, and enjoy augmented reality experiences.

Using 5G, iPad Air users can make the most of ultra-fast wireless connectivity with up to 3.5Gb/s in ideal conditions. With eSIM and Wi-Fi 6, iPad Air gives greater flexibility for creatives on the go who need to get connected, whether to access or send files, backup data or communicate with others. 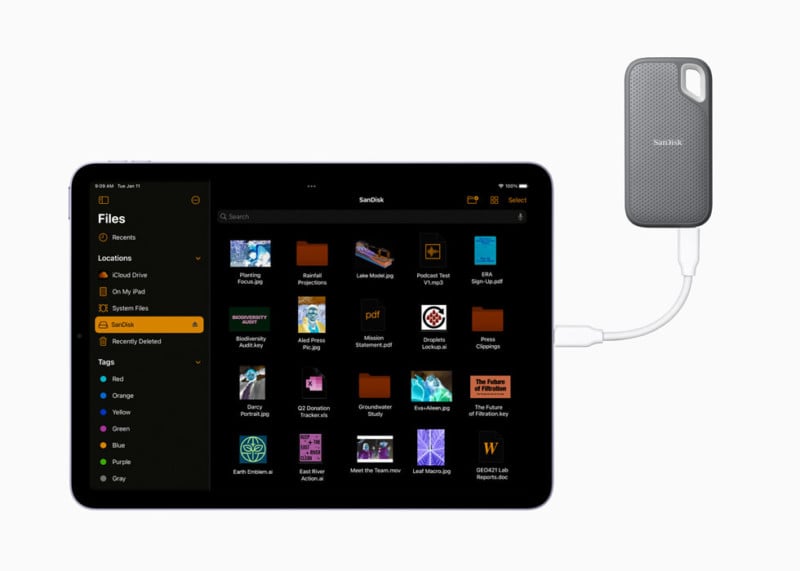 Apple has improved the USB-C port in the latest iPad Air, making it up to two times faster than the previous generation. The company claims data transfer speeds can reach up to 10Gb/s, making large photo and video importing faster than before.

The new iPad Air features a 10.9-inch screen with a Liquid Retina display and 3.8 million pixels, support for the wide P3 color gamut, True Tone — which allows the tablet to dynamically adapt the screen’s color temperature and brightness depending on the environment — 500 nits of brightness, and an anti-reflective coating. 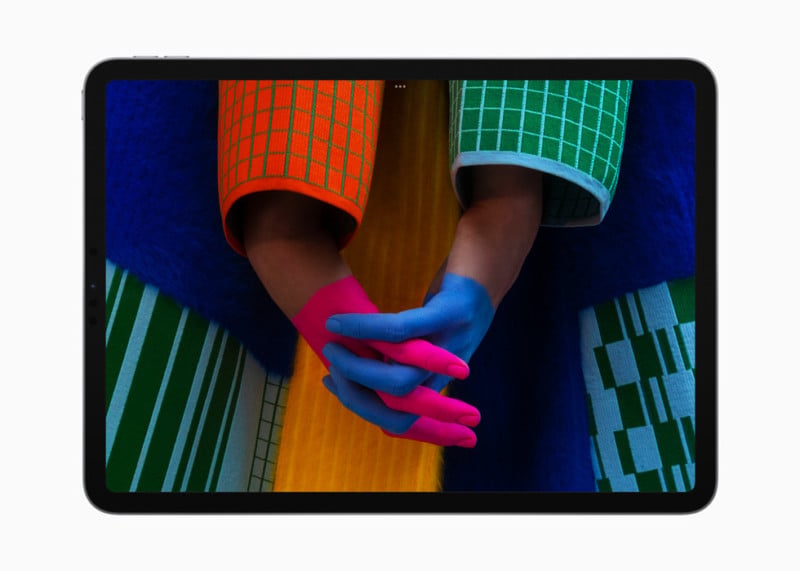 Users will find Touch ID built into the top button of the tablet, which allows unlocking iPad Air and authentication for apps and payments online.

iPad Air is compatible with the second-generation Apple Pencil which can be used for sketching, writing, and editing. Users can also add Magic Keyboard and Smart Keyboard Folio for a laptop experience when typing. 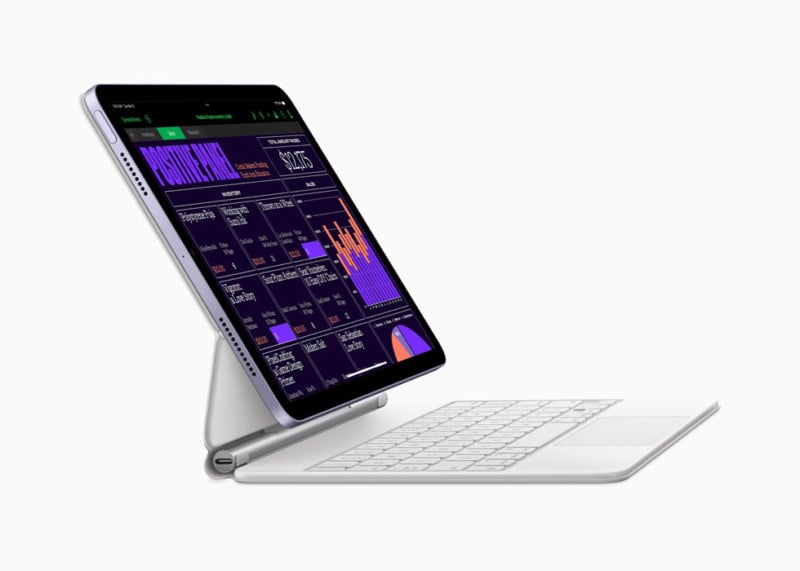 Apple has also announced that with the next week’s release of iPadOS 15.4 and macOS 12.3, Universal Control will allow users to seamlessly move between Mac and Ipad without an additional setup. Users will be able to drag and drop content between devices, for example when sketching on Ipad and placing the design into a Keynote slide on the Mac.

The new iPad Air can be ordered starting from March 11 online and in the Apple Store from March 18. The Wi-Fi models start at $600, while the Wi-Fi and Cellular models start at $750. The configurations include 64GB and 256GB and a choice of five colors — space gray, starlight, pink, purple, and blue.