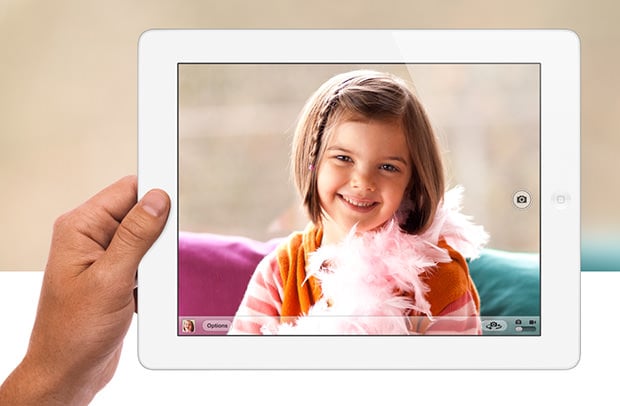 Apple officially announced the new iPad today (called “the new iPad” rather than the “iPad 3”). It’s a tablet computer, but its new features make the device much more camera-like than the iPad 2. There’s a new 5-megapixel iSight camera on the back that features a backside illuminated sensor and a five-element f/2.4 lens. It’s also able to record HD video in full 1080p. On the frontside is a 9.7-inch 2048×1536 retina display that packs 4 times more pixels than the iPad 2 and 1 million more pixels than an HDTV. Get ready for a world in which more and more people take Instagram photos using large “cameratablets”.