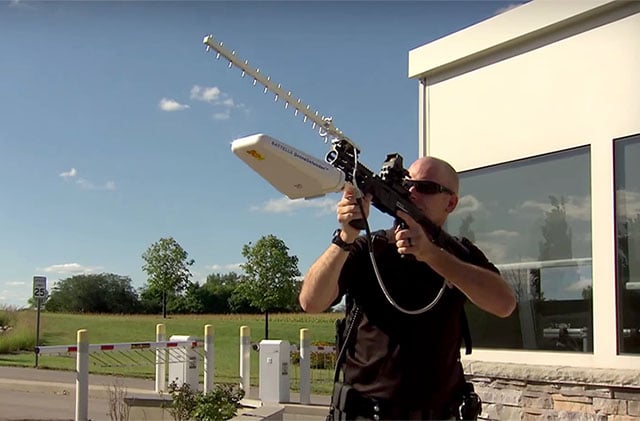 Check out this crazy-looking rifle. No, it’s not from a sci-fi movie — it’s actually an anti-drone counter-weapon called the DroneDefender that’s designed to bring down drones using disruptive radio waves.

The device was announced this week by Battelle, the world’s largest nonprofit research and development organization, which touts the rifle as “the first portable, accurate, rapid-to-use counter-weapon to stop suspicious or hostile drones in flight, providing critical security protection at home and abroad.”

Unlike anti-drone shotgun shells, the DroneDefender is quite harmless to things that aren’t drones. It uses radio control frequency disruption technology to mess up the drone pilot’s ability to control the device.

Using the DroneDefender is extremely easy: simply target the drone through the built-in sight, and the rifle will force the drone to land from up to 400 meters away. 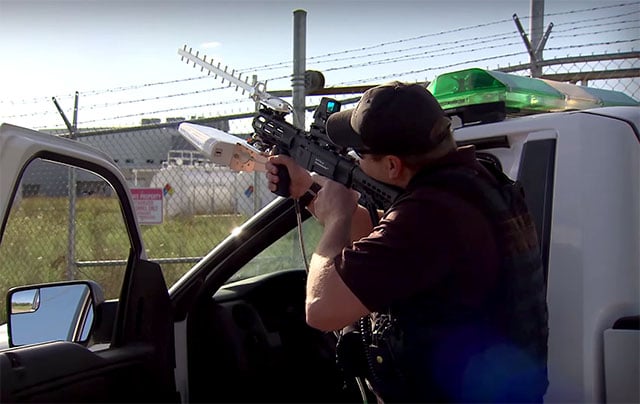 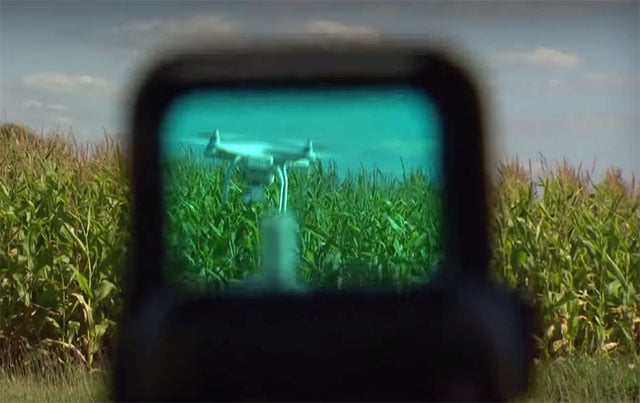 Battelle says the rifle could one day be used to improve security in places such as the White House lawn, military bases, historic sites, and prisons (where drones have been used to drop contraband).

Here’s a simulated video showing how the DroneDefender works (it has been successfully tested in the field):

No word yet on when we may actually see the DroneDefender deployed or how much it’ll cost governments and organizations.

(via Battelle via Engadget)