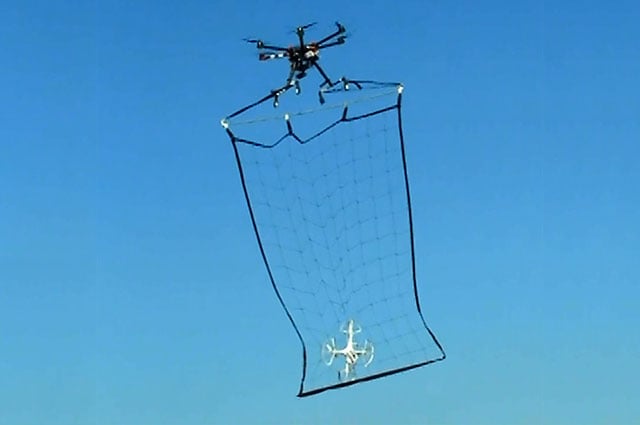 Tokyo’s police force has come up with a clever solution for dealing with rogue drones: they’re going to catch them using larger drones and giant nets.

The Tokyo Metropolitan Police Department announced yesterday that the goal of the crime-fighting drones is to defend important locations with “the worst-case scenario in mind.” It’s not just the use of camera drones to spy on sensitive locations that authorities are concerned about, but things like terrorist drones rigged with explosives.

The new drone-catcher drones will be deployed if any drone is flown into restricted airspace and doesn’t leave after police warnings. A 2×3 meter (~6.5×10 foot) net will hang from the bottom of the 6-propeller drone (apparently the $1,400 DJI Spreading Wings 900) and will be flown directly into the offending drones, entangling them and taking them out of the sky.

Here’s a video demonstration of the anti-drone drone in action:

10 of these special drones will be flown by trained drone hunting officers, and will deployed around the city by February 2016.

(via Nikkei via Engadget)

This is a Photo of Earth Captured During Apollo 15