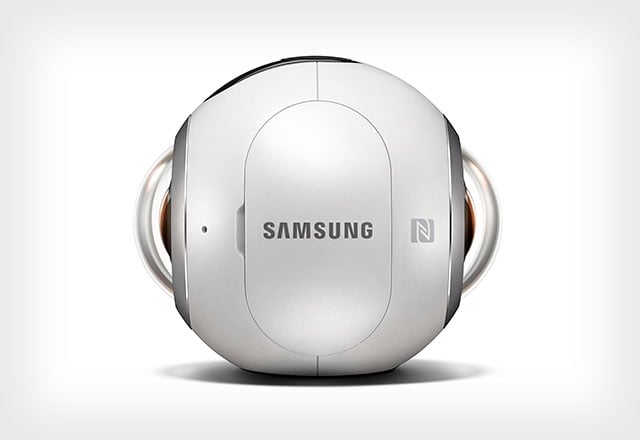 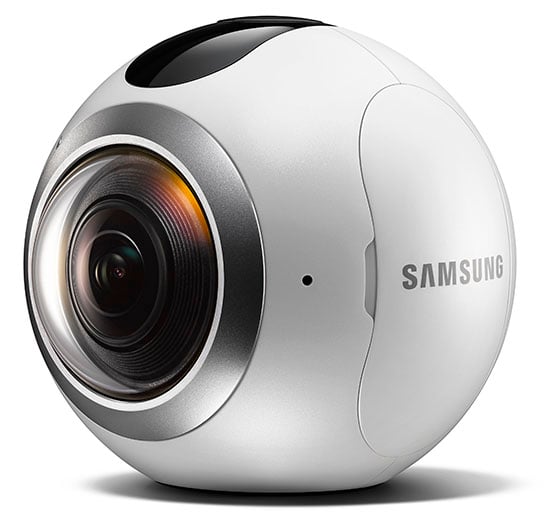 “Gear 360 is designed for travel, festive gatherings and every activity in between to provide an all-encompassing visual experience,” Samsung says. Content can be experienced through Samsung Gear VR, the immersive virtual reality headset that’s powered by Facebook’s Oculus technology. 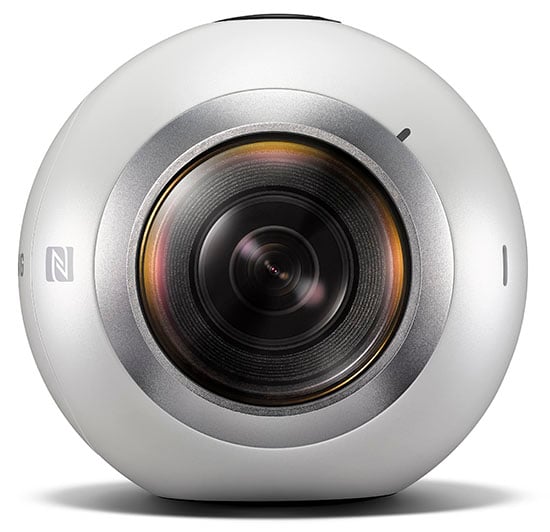 You can also just use half the camera if you wish, limiting the capture to one lens and sensor to shoot 180-degree wide angle photos and videos. Pair the camera with a Samsung smartphone, and you’ll be able to preview the recording in real time and easily share content afterwards.

There’s a tripod mount on the bottom of the camera for attaching the camera to a tripod, monopod, selfie stick, or whatever you wish. 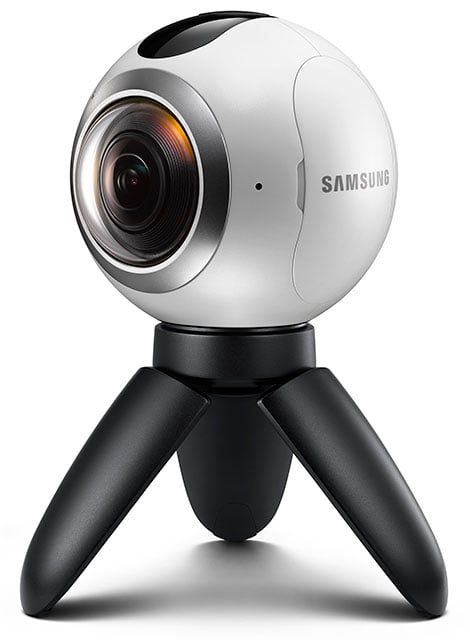 Other features and specs include time-lapse creation, a weight of 153g (~5.4oz), a MicroSD memory card slot, a 1,350mAh Li-ion battery, a 0.5-inch PMOLED display on top, and Wi-Fi connectivity.

Here are some 360-degree videos captured with the Gear 360 (you can change your point-of-view in the video):

The Samsung Gear 360 camera will be available starting in the second quarter 2016. Pricing has yet to be announced.