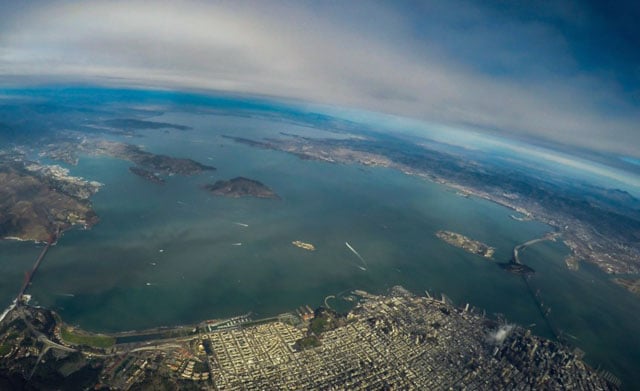 A group of 5 friends recently attached 5 cameras to a stratospheric weather balloon and launched it from the Presidio in San Francisco. The rig traveled to 91,470 above Northern California, popped, and then landed over 100 miles away.

The aerial photos and videos it captured are remarkable, showing sweeping views of San Francisco and the surrounding Bay Area.

Here’s a video showing the photos and videos that were captured. It’s titled “San Francisco: Above The Clouds”:

The payload of the balloon was a Sony A7s mirrorless camera with a Sony 10-18mm f/4 lens, 2 GoPro HERO4 Blacks, a Samsung Galaxy S5, and a GoPro HERO3+. 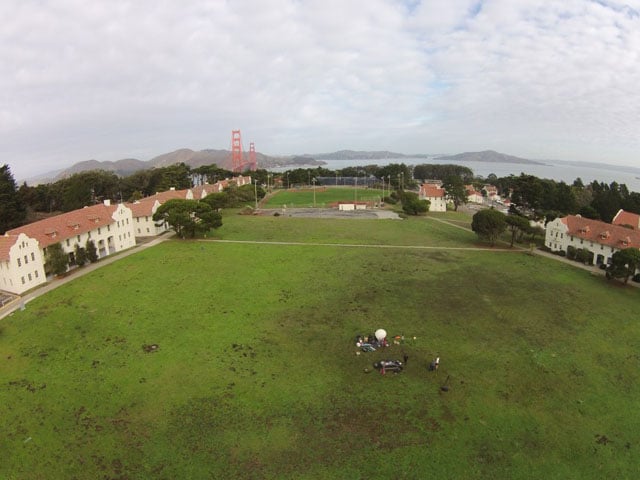 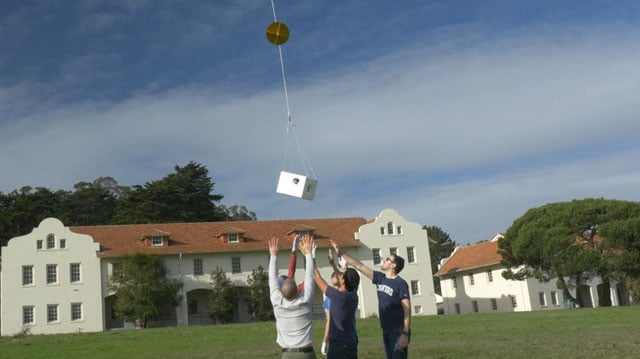 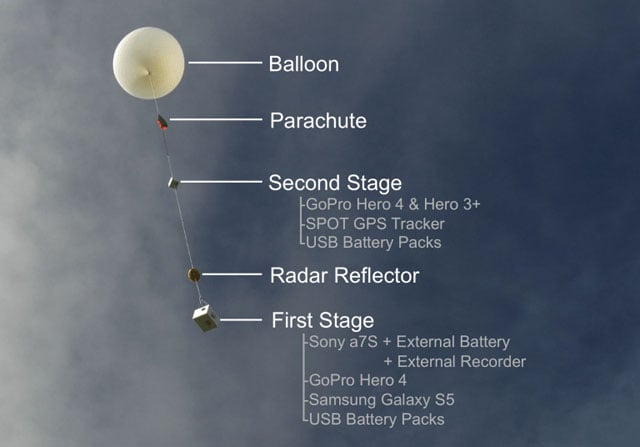 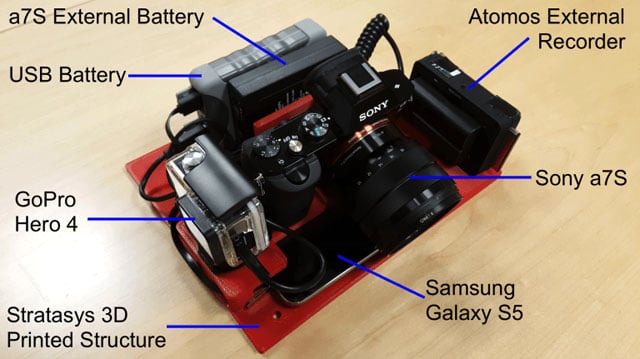 Upon reaching an altitude of 91,470 feet, the balloon burst and dropped the payload close to some agricultural fields south of Salinas, CA. 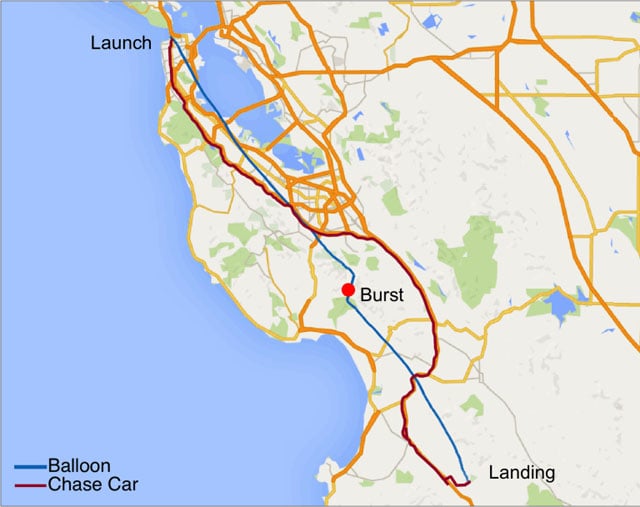 “After returning to the cars, we immediately pulled out the SD cards from the cameras and to our delight, found that all the cameras had captured some amazing footage,” the team writes. “We were literally jumping with joy when we saw the amazing views of the Golden Gate Bridge, San Francisco downtown, Bay Bridge, Monterey Bay and a giant rainbow across the bay area.” 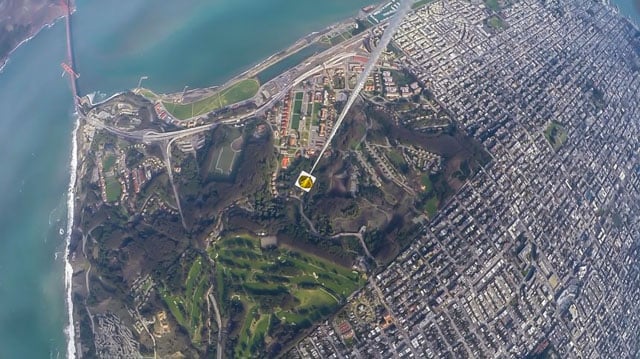 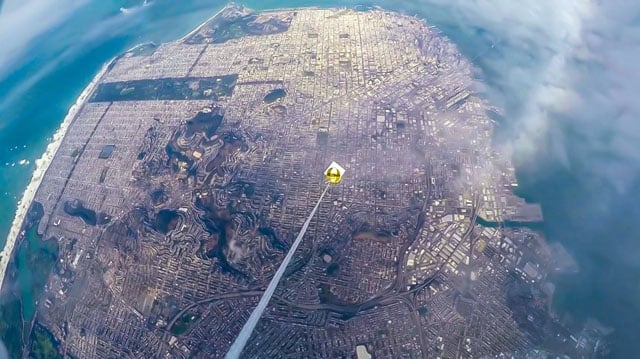 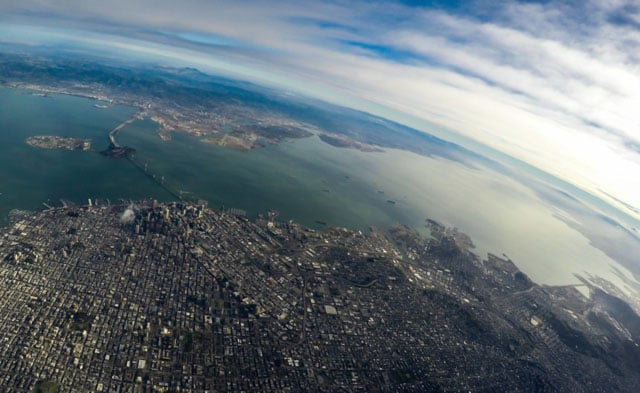 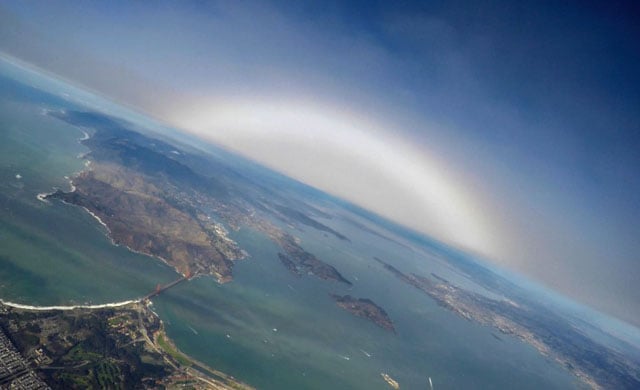 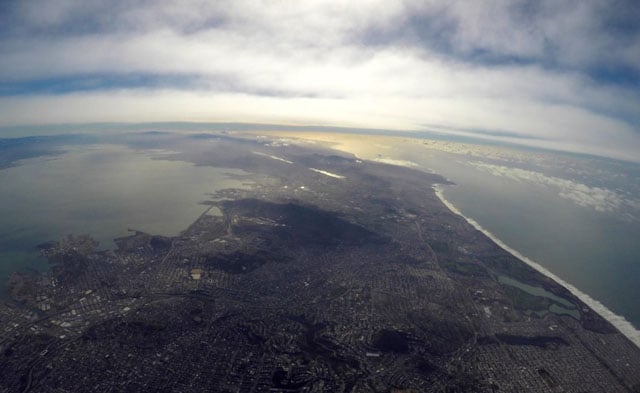 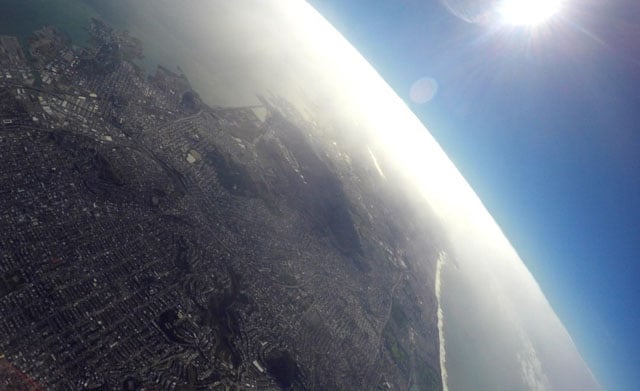 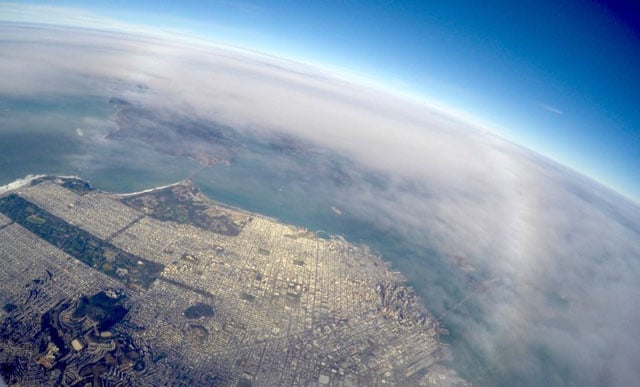 The 5 guys behind this project, Bryan Chan, Ashish Goel, Tyler Reid, Corey Snyder, and Paul Tarantino, already got quite a bit of attention last year after finding a GoPro from a weather balloon they had launched 2 years earlier. The camera contained a “money shot” of the Grand Canyon.

The team, now working as Night Crew Labs, is planning to launch another camera balloon from Alaska to capture the northern lights from the edge of space.

5 Tips for Shooting Better Photos of Your Dog or Cat

Inventor of the Synchronized Camera Flash Dies at 96, Has More Patents Than Edison