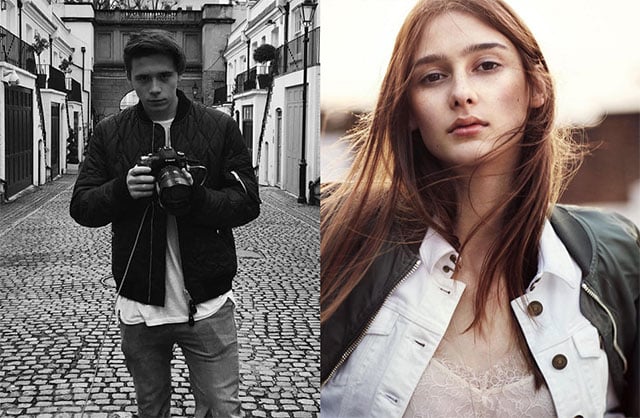 We shared back in November 2015 that David Beckham’s 16-year-old son, Brooklyn, is considering pursuing a career in photography rather than follow in his father’s footsteps in the world of soccer.

Well, Brooklyn just took a huge step in that direction: he was hired to shoot a Burberry campaign this weekend.

Burberry commissioned the young photographer to shoot photos for its next fragrance campaign, and the photo shoot was broadcast live on social media (Instagram and Snapchat) on Saturday.

Excited to photograph the @Burberry campaign tomorrow. Watch it live on their Instagram & Snapchat ?#THISISBRIT

Here are some behind-the-scenes glimpses at Brooklyn’s shoot:

On location, lining up the first shot @BrooklynBeckham for #THISISBRIT

Arrived on set. Ready to ? for @Burberry. @BrooklynBeckham for #THISISBRIT 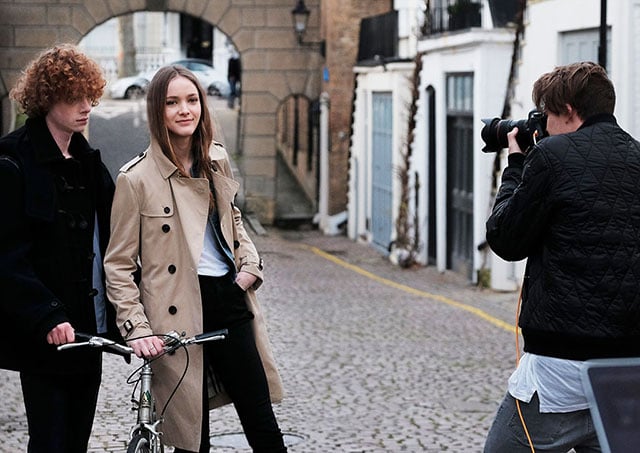 01 | 2016 – Burberry | Brooklyn Being shot by @brooklynbeckham for @burberry today. Follow the drama on their snapchat. Pleased to hear my song #BackdropToBoredom being featured on the shoot. Hear the full song on my soundcloud or YouTube channel. #burberry #brooklynbeckham #THISISBRIT

…and here are some of the photos that resulted:

Not every is as enthusiastic as Burberry about Brooklyn’s hiring. The Guardian reports that photographers and other professionals in the fashion industry are furious with Burberry’s decision to hire Brooklyn over experienced photographers, calling the hiring “sheer nepotism.”

“David and Victoria Beckham represent sheer willpower and graft… They represent hard work and then their 16-year-old year son comes along and it’s sheer nepotism,” Floyd tells The Guardian. “He hasn’t done it from hard work, which is counter-intuitive to what his parents represent. Part of me takes my hat off to Burberry and says that’s clever, but the photographer side of me says for god’s sake.”

Other photographers point out that Brooklyn likely had the entire process set up and ready for him so that he wouldn’t need any knowledge of doing photo shoots or lighting or cameras or Photoshop. Most aspiring photographers spend years assisting and rising the ranks in the industry in order to learn those skills, and those photographers aren’t happy that Brooklyn is starting directly at the top.

In addition to his famous family, Burberry was also attracted to Brooklyn by his reach: he has ~6 million Instagram followers who are largely from the young demographic that Burberry hopes to target.