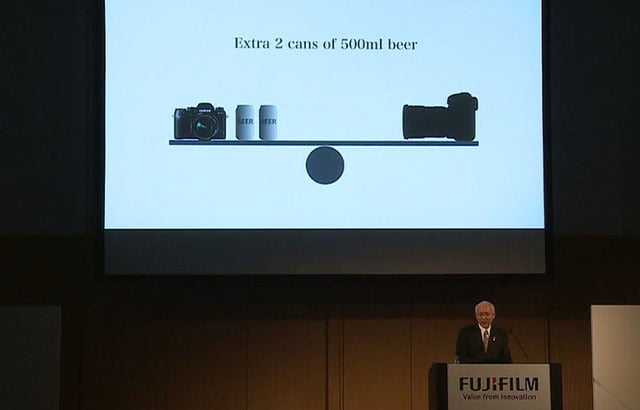 Fujifilm has a sense of humor. At its major press event today, company Vice President Toru Takahashi made an unusual argument for the benefits of its professional mirrorless cameras over traditional DSLRs: he pointed out that DSLRs weigh 2 cans of beer more than Fujifilm flagship camera.

UK camera gear retailer Wex Photographic was at the event and snapped a photo of the slide during the presentation: (via Wex Photographic via mirrorlessrumors)

Ex-Con Shares Gun Selfie on Facebook, Gets Another 15 Years in Jail

What Makes a Photographer When Everyone Is Taking Pictures?