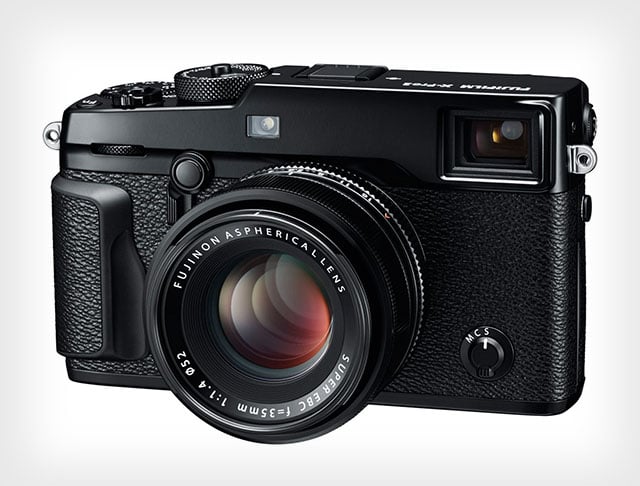 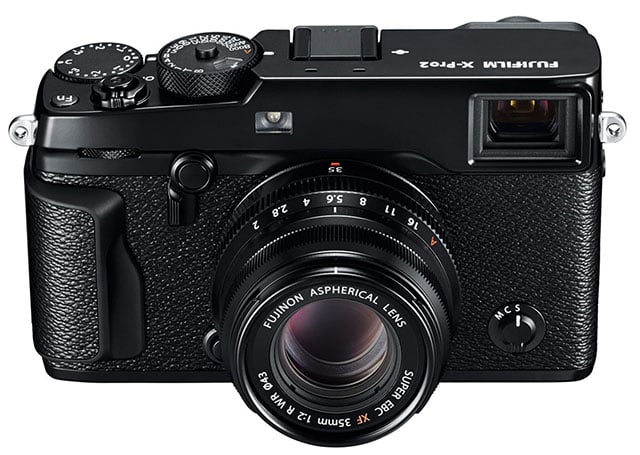 The new viewfinder is capable of instantly switching between optical and electronic modes. While a hybrid viewfinder also appeared in the X100 from half a decade ago, this latest version is revamped and more advanced: it has a Multi-Magnification function that can automatically switch your magnification depending on the lens that’s mounted, and there’s an Electronic Rangefinder that shows the electronic viewfinder on top of your optical view. 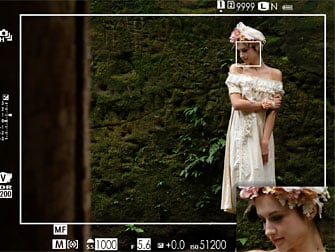 The electronic viewfinder features 2.36 million dots and a maximum speed of 85 frames per second. 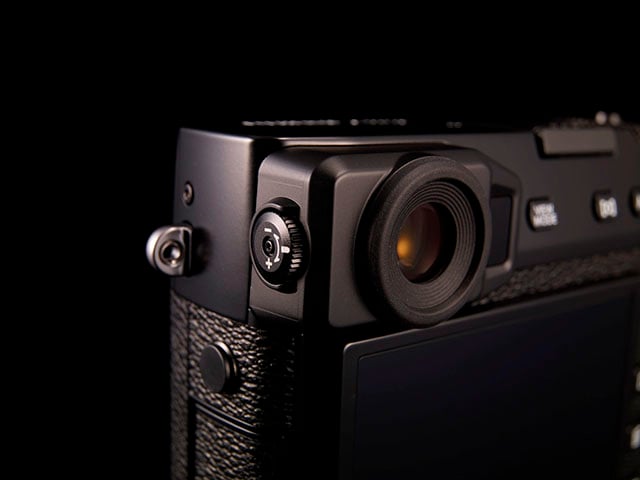 Inside the X-Pro2 is a new 24.3-megapixel X-Trans APS-C CMOS III sensor with top-notch image resolution and a new X-Processor Pro for “unmatched performance” in terms of response times — 4x the speed of conventional image processing engines, Fuji says. There’s a startup time of 0.4 seconds, a shooting interval of 0.25s, a shutter lag of 0.05s, and autofocus speeds of 0.06s. Continuous shooting speed is 8fps. 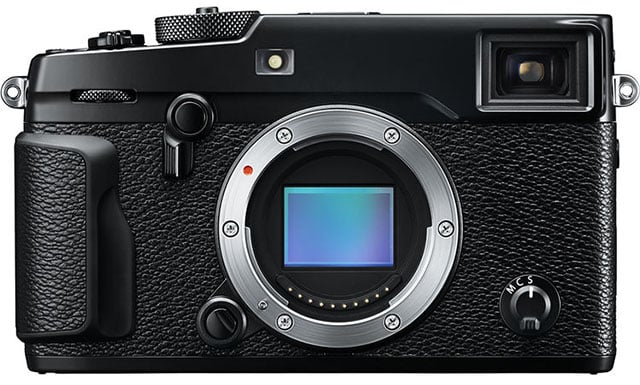 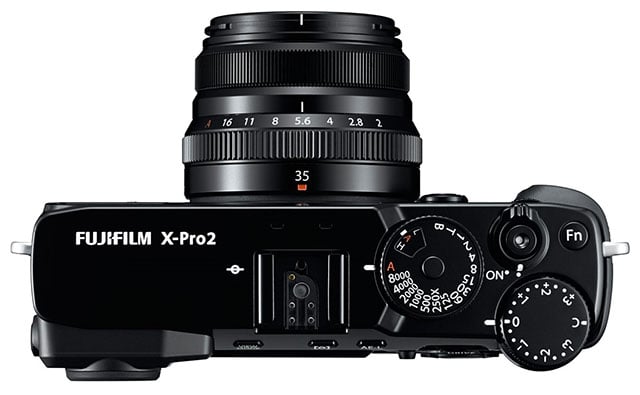 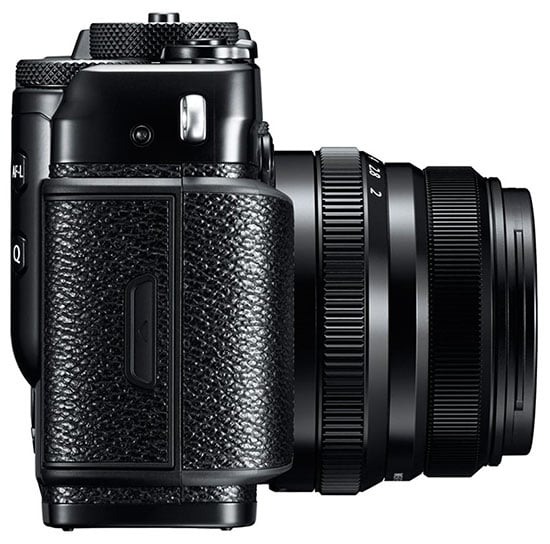 Alongside the sensor is a new autofocus system that boasts 273 AF points, 77 of which are phase detect. 40% of the frame is covered by these phase detection AF pixels, and the X-Pro2 has the best AF performance of any X-Series camera so far.

On the outside, the camera is both retro and rugged. Its sleek magnesium alloy body is weather resistant, with seals at over 61 points. It’s dust-proof, splash-proof, and temperature proof down to 14°F. On the top of the camera are aluminum shutter speed and exposure dials and a finder switching lever. The LCD screen on the back is 3-inches with 1.62 million dots. 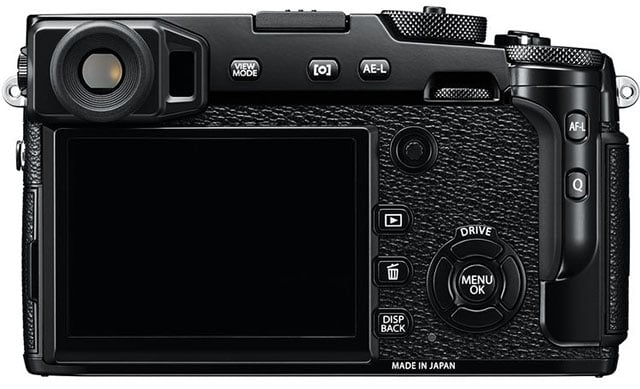 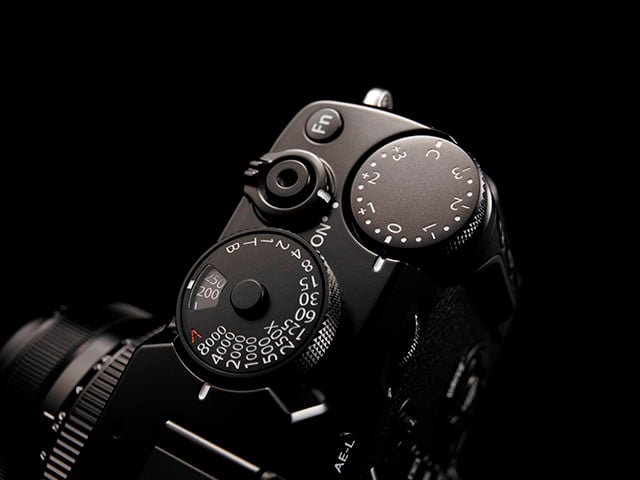 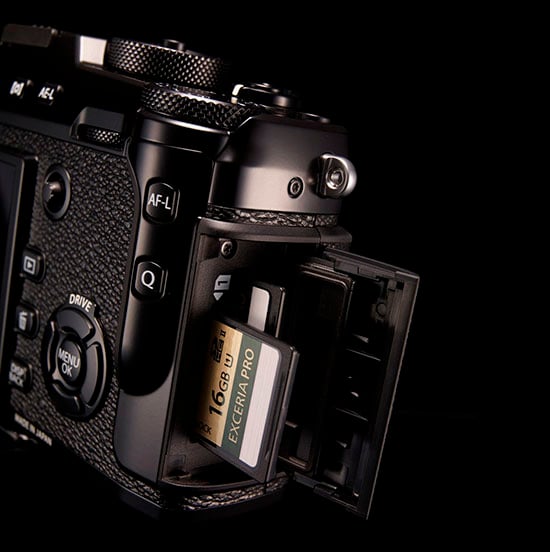 Other specs and features of the camera include dual SD slots, Command dials on the front and back, 6 function buttons, a new Focus Lever for selecting an AF point, a new user interface, a Bright Frame Simulation in the optical viewfinder to check the angle of view for your lens, a new ACROS film simulation, a max ISO of 12,800, and 1080p video recording at 60fps.