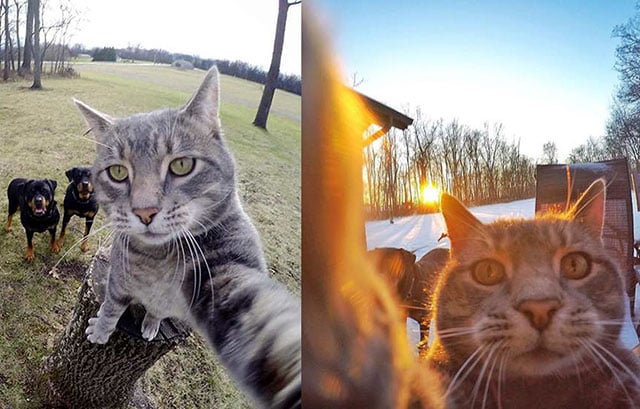 Manny is a gray tabby cat that’s attracting attention for his special camera skills. More specifically, Manny is quite skilled at shooting selfies of himself, and now tens of thousands of people are following his photos on Instagram.

@yoremahm, Manny’s human, tells Love Meow that Manny is fascinated by GoPro cameras. Whenever the cat sees one, he reaches out his arm toward the camera, resulting in a picture-perfect selfie pose.

His photos document his adventures in the great outdoors, and they often contain dogs in the background. Here’s a selection of Manny’s selfies so far:

Manny even got in on the record Powerball drawing yesterday:

(via @yoremahm via Feature Shoot)

Image credits: Photographs by Manny the cat and @yoremahm

Tulips: Shooting a Series of Macro Photos of Mouths