Here’s a look at how photographer Jaanus Ree recently captured some beautiful photos of windsurfers using off-camera lighting. By placing powerful flashes on the shoreline nearby, Ree was able to freeze the action and capture some remarkable shots. “Stormy conditions aren’t cut out for everyone, but they do make for some spectacular imagery, especially when combined with high speed windsurfing,” writes Red Bull Illume.

Here are a few of the resulting photos: 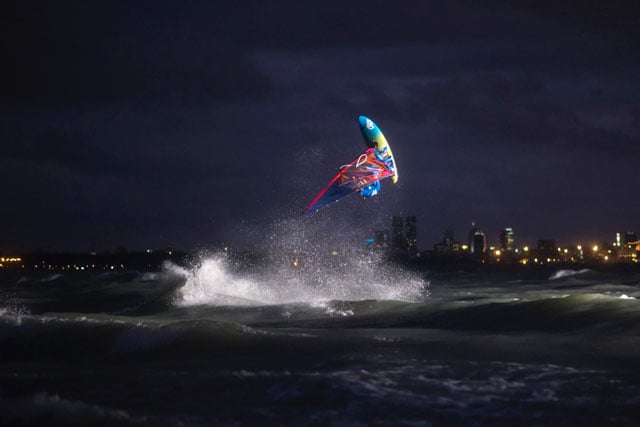