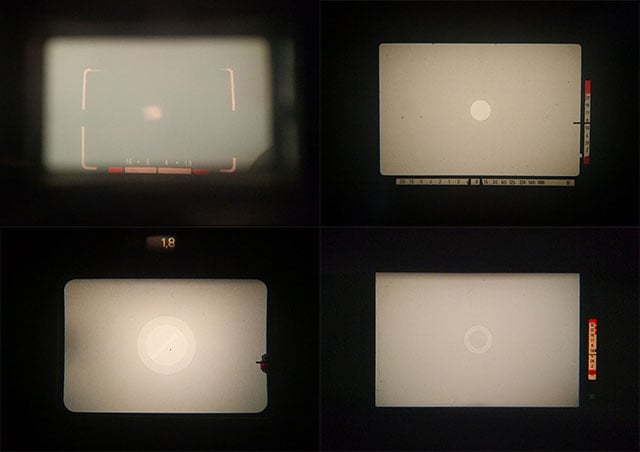 What’s in a viewfinder? The view within a viewfinder has always been an opportunity to display additional information to the user. In this post, we’ll take a quick look at 8 film SLR and rangefinder camera viewfinders. 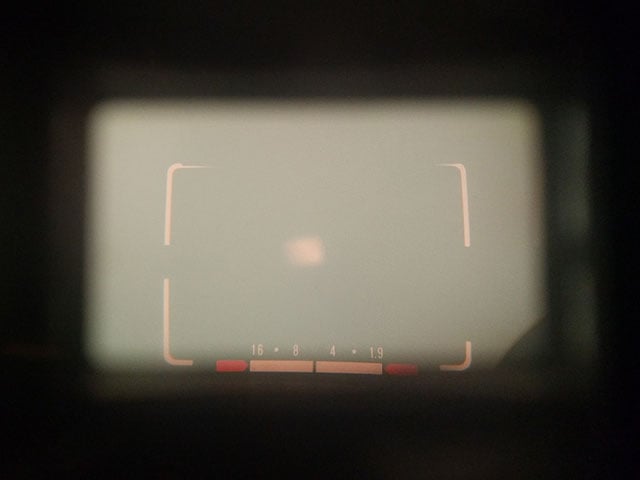 The Canonet’s viewfinder, which sported what Canon called a “data center”, indicates the aperture at which the selenium light meter decides the photo will be taken. 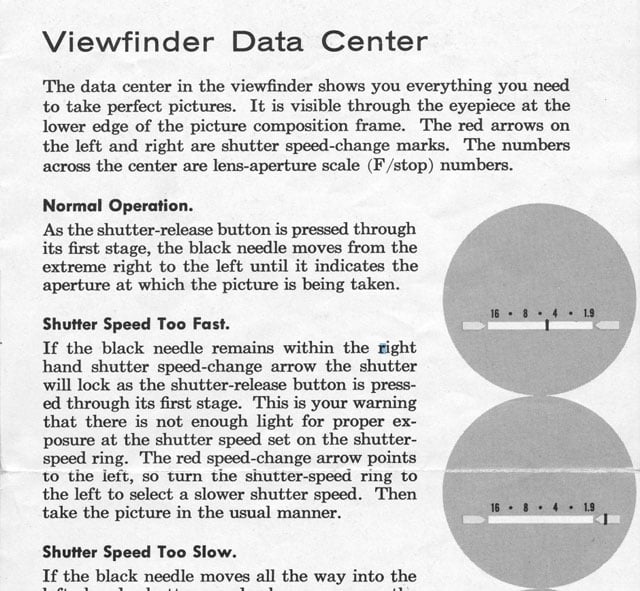 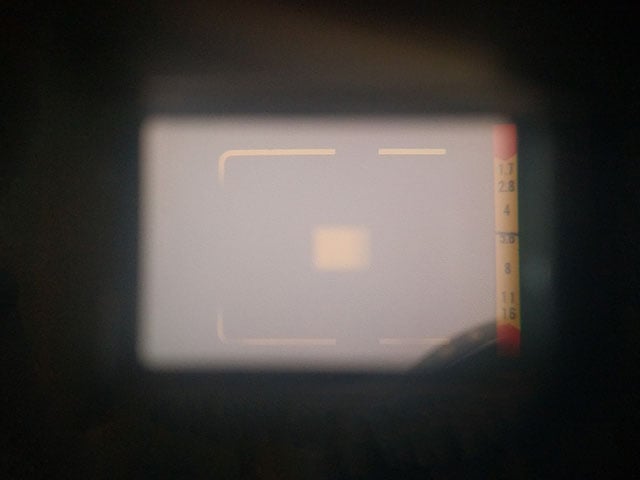 This is a fairly popular rangefinder – similar to the Canonet, a black needle moves to indicate the aperture at which the photo will be taken. 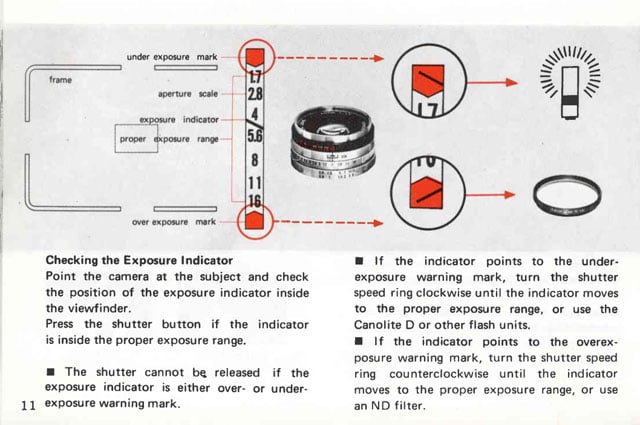 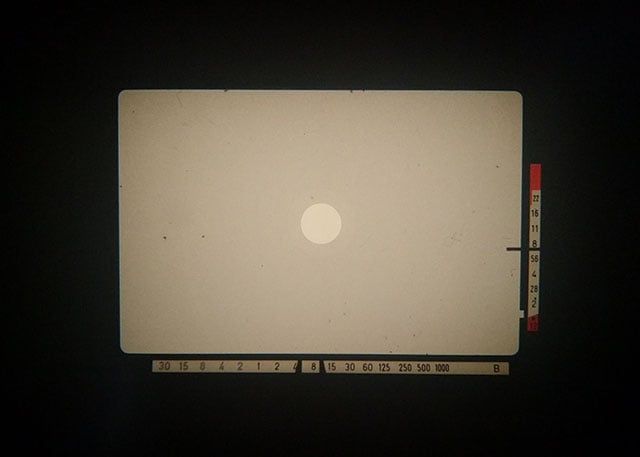 The EF featured a shutter priority mode which made it a nice feature that the viewfinder displayed both aperture and shutter settings. 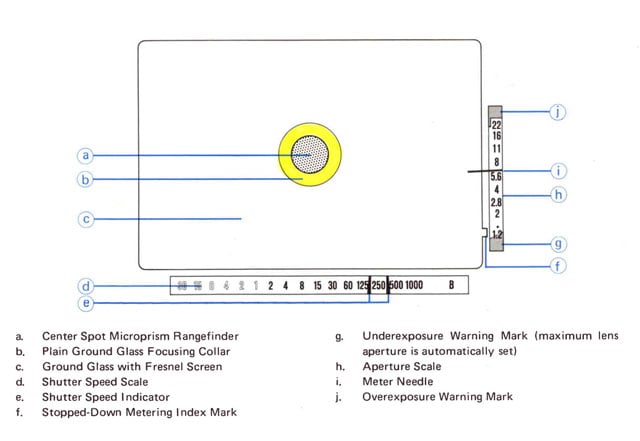 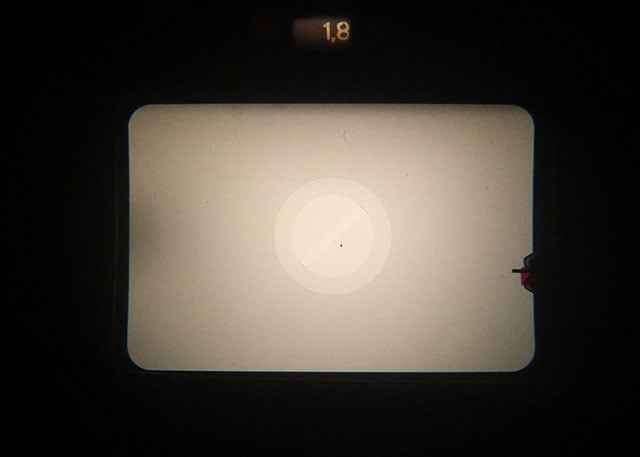 The aperture that the user set is visible at the top part of the viewfinder; if the exposure is set correctly, the needle sits in the middle of the red setting triangle. 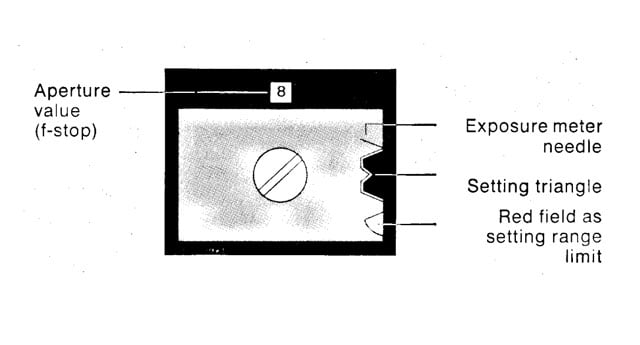 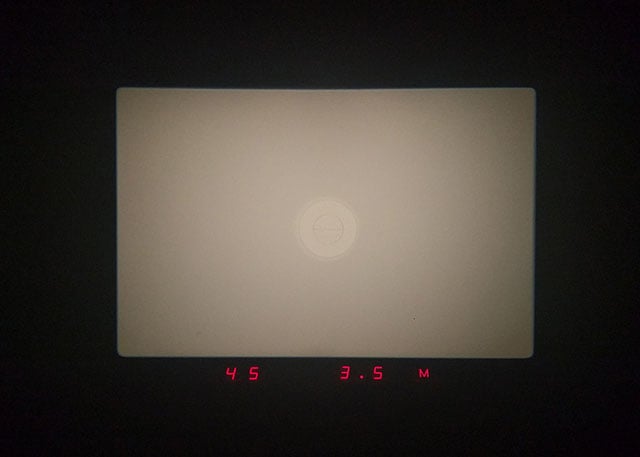 The Canon A-1 has both aperture and shutter priority mode, so the viewfinder displays both information. An additional consideration that Canon engineers put into the A-1 was the ability to turn off the display as well. 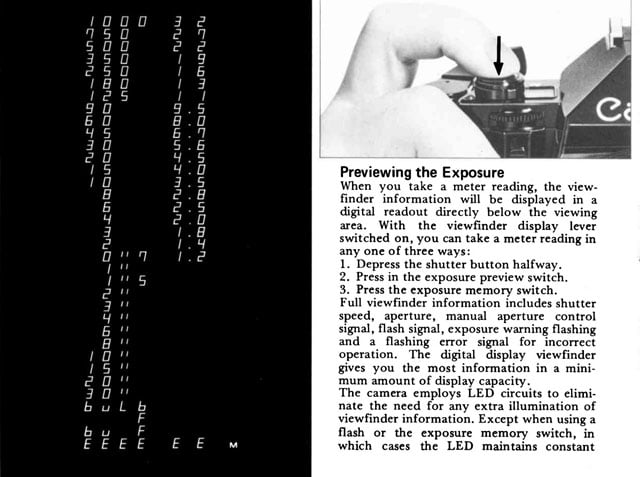 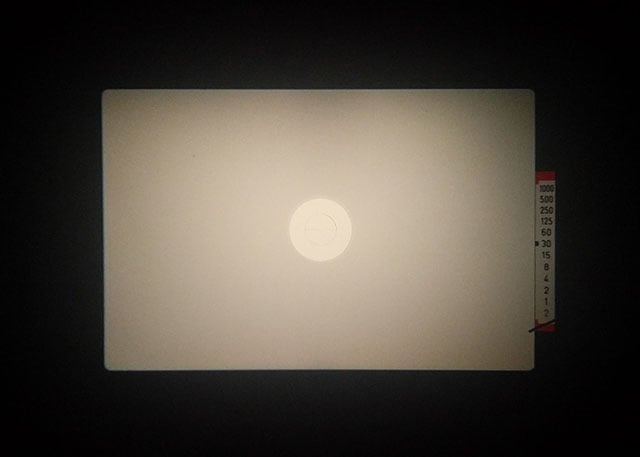 The AV-1 is one of the few cameras to feature aperture-priority only. My hypothesis is that most photographers were more keen to ensure photos were not blurry, and camera companies were therefore incentivized to develop shutter-priority cameras first. 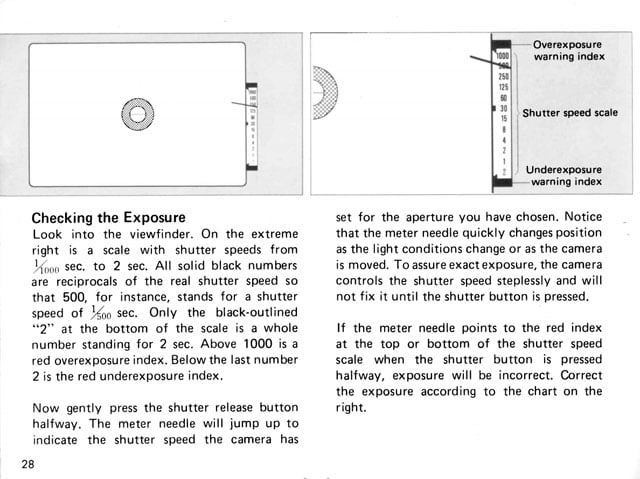 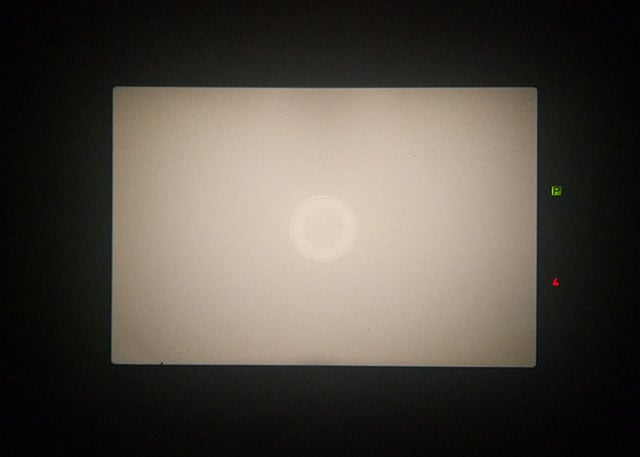 The AE-1 had a fully automatic (program) mode, which lit up the “P” LED. Otherwise it also had a shutter-priority mode which would light up the aperture selected. 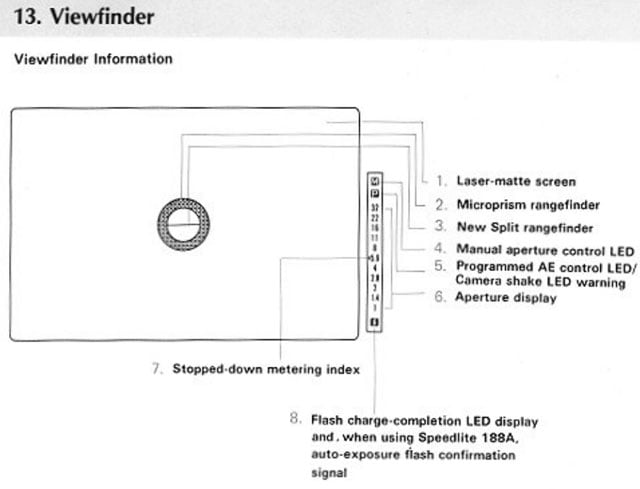 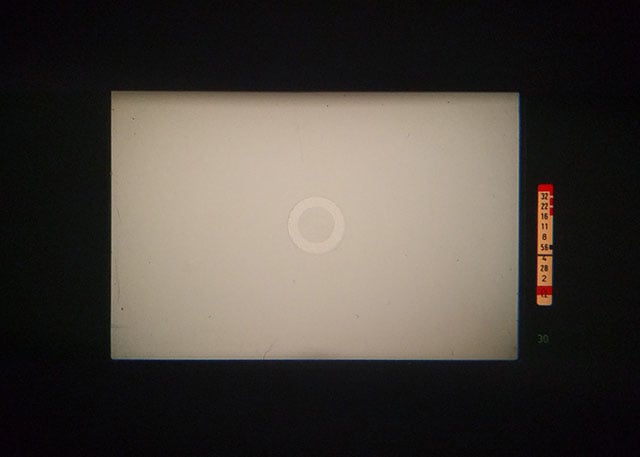 With the Eyefinder FN viewfinder on the Canon New F-1 you were given a view of the shutter-priority viewfinder, which indicated the automatically selected aperture. 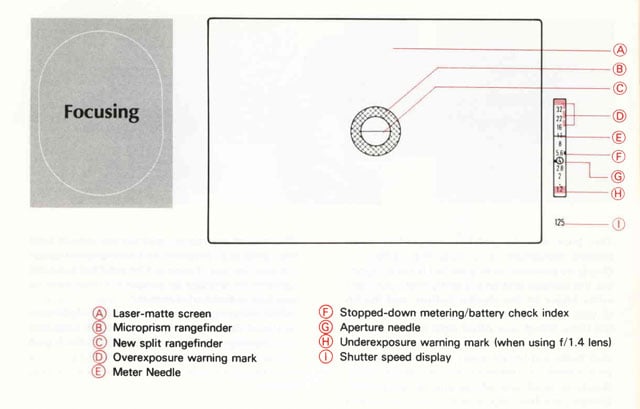 About the author: Rio Akasaka is a photographer born and raised in Switzerland. His focus right now is on collecting film Canon SLR and rangefinders from the 1960s to the 1980s. You can find more of his work on his website and Facebook page. This article originally appeared here.

How to Shoot with 3 Lighting Setups in 1 Second