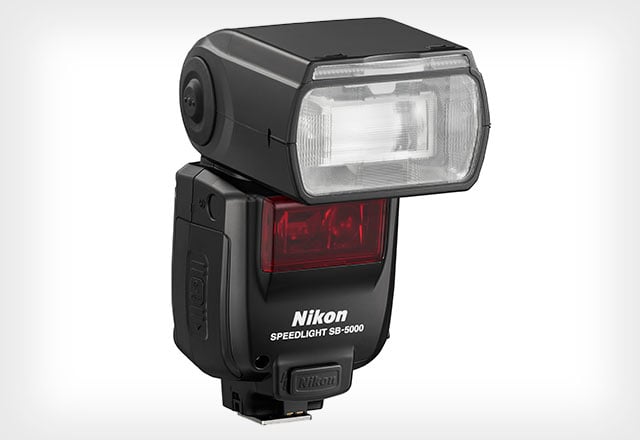 In addition to the new D5 and D500, announced today at CES 2016, Nikon also launched a new SB-5000 Speedlight and a WT-6A Wireless Transmitter.

The SB-5000 is the first Speedlight in Nikon’s portable flash lineup to use radio frequency rather than infrared. This allows it to operate without a direct line of sight at a range of up to 98 feet (30 meters) away. 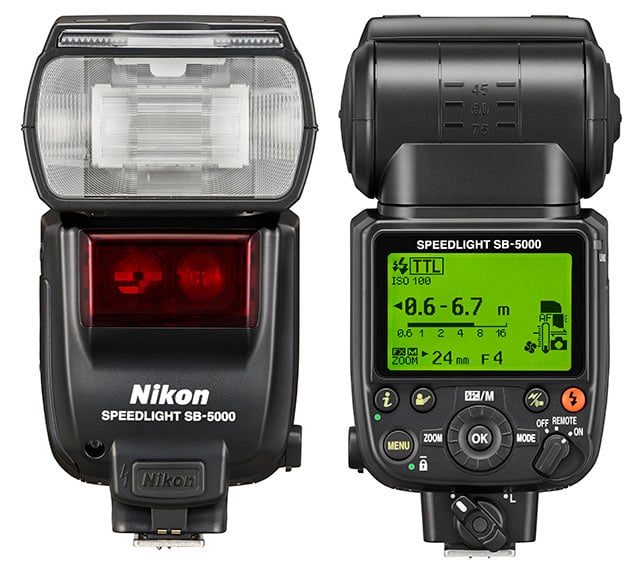 What this means is that you can now place your lights in different rooms, around corners, and use creative off-camera lighting in your shoots without having to worry about whether something is blocking your transmitter from communicating with your flash. The head of the flash can tilt down to -7° or up to 90°, and rotate horizontally 180° toward the left or right. 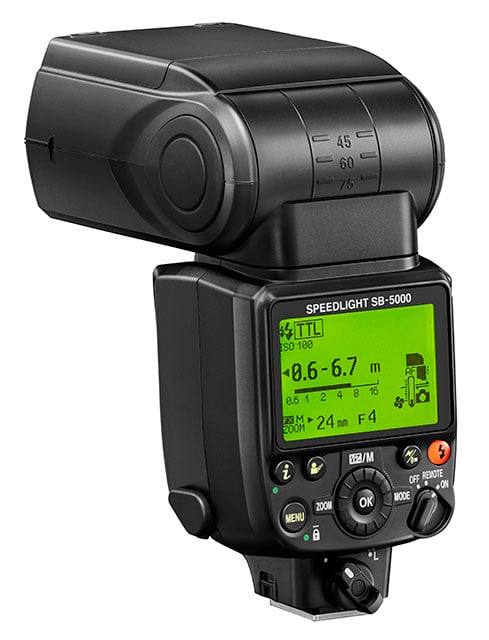 The SB-5000 features a newly designed internal cooling system that prevents overheating when firing many flashes in a row. Nikon says it can handle 120 continuous firings at 5 second intervals.

Nikon has also optimized the user interface of the flash, putting the most commonly used settings behind a new “i” button.

Announced alongside the SB-5000 was the WT-6A wireless transmitter. It helps professionals beam photos wirelessly at speeds of up to 130 mbps using the IEEE802.11ac standard. It has a range of 656 feet, and can send your photos to an FTP server or computer. In HTTP mode, the transmitter can be used to operate your camera, start Live View shooting, and start/stop HD video recording.

You’ll be able to purchase a WT-6A wireless transmitter starting in March 2016 for $750.