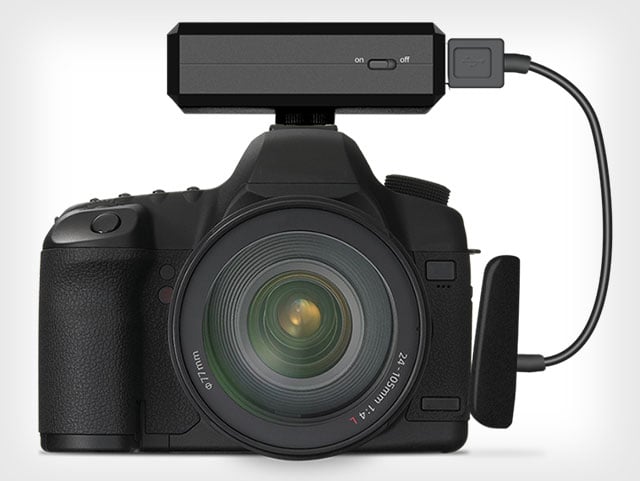 The CamRanger is a popular add-on solution for controlling Canon and Nikon DSLRs wirelessly. The new Cam-Fi is a similar product at a fraction of the cost.

Cam-Fi is a wireless camera controller that lets you remote control your Canon or Nikon DSLR using an iPhone, Android phone, tablet, PC, or Mac. 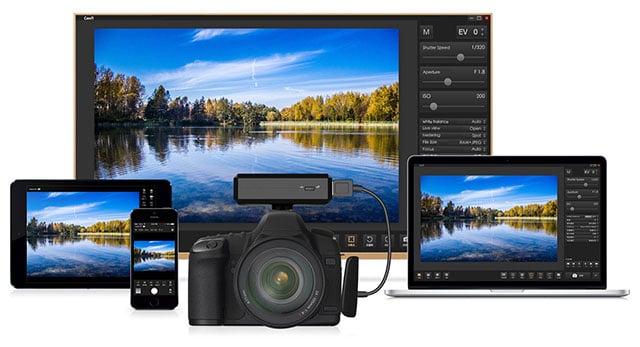 In addition to being able to see a live view on your external device and using it to trigger shots, Cam-Fi also transmits new photos to your device as they’re captured. There’s even an app for Amazon’s Fire TV stick that lets you display your photos on a big screen while you’re shooting.

The 3.54×1.73×1.02-inch device features a SmartView feature in the device makes it so you can review raw photos in just 5 seconds after they’re captured, rather than waiting much longer for full files to be transferred. A Time-lapse feature lets you trigger shots based on time interval and determine how many photos you’d like to snap. Cam-Fi is available now through Amazon for $195.50 plus $5 for shipping. By comparison, the CamRanger currently costs $300. You can find the list of supported Canon and Nikon cameras here.