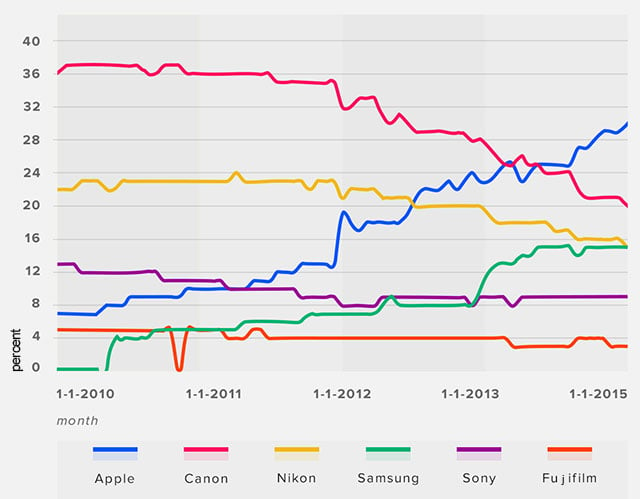 Flickr recently gathered up photo and camera data to review the past year, and now the company is doing some number crunching to reveal major trends in the cameras used by the photographer community.

The graph above shows how the popularity of major camera brands have changed over the past half decade.

“Point-and-shoot cameras continue to lose share to cameraphones, and SLR has had a 1% per year growth,” Flickr found. “Samsung’s growth stalled in 2015, while Apple raced to the top as the most-used camera brand on Flickr at the beginning of 2015.”

Some people are also ditching their DSLRs for mirrorless cameras, which has been seeing 1%-per-year growth. Here’s a chart that shows trends in camera types: 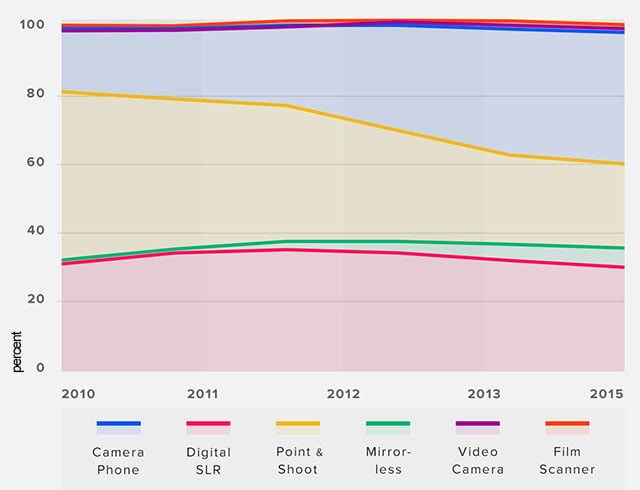 The leaderboard for the most popular cameras of 2015 is dominated by Apple: its phones occupy 8 of the top 20 spots. The Canon 5D Mark II shows up at #7: 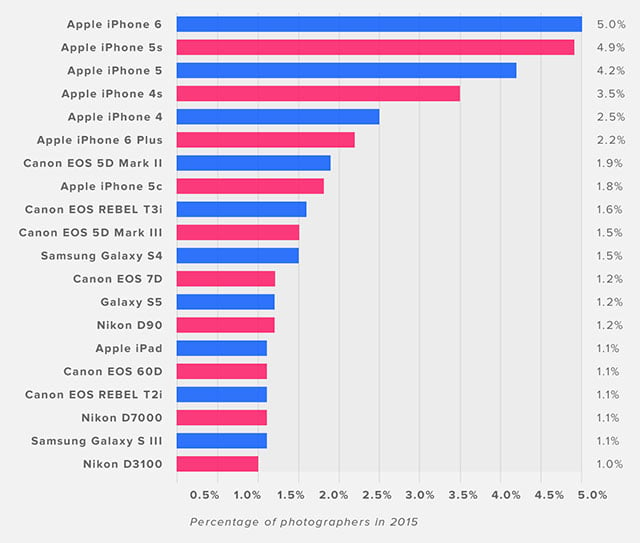 Another interesting finding is that a larger percentage of photographers on Flickr use more than one camera brand. Here’s a breakdown of popular primary and secondary camera pairings: 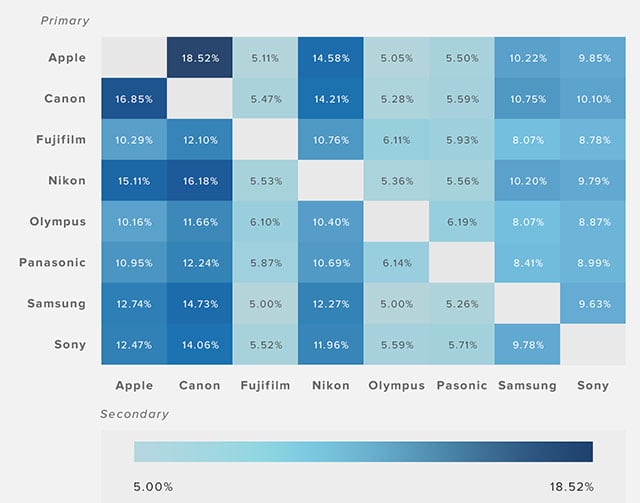 The most popular pairing is shooting with Apple and Canon. Interestingly, many photographers also use Canon and Nikon cameras together for their work — the companies may be age-old rivals, but you don’t always need to choose between one or the other.