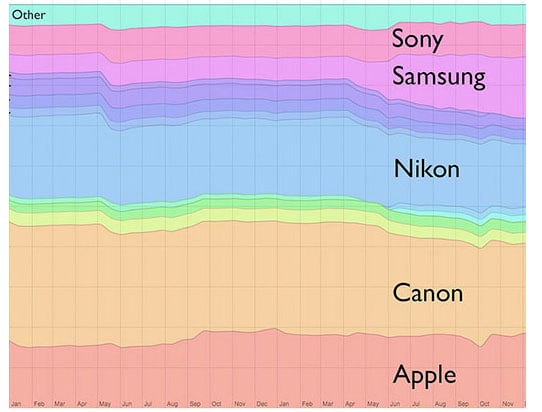 Last week we shared some interesting data about the most popular cameras on Flickr over the course of 2014. Today Flickr released some new charts that offer an inside look at camera trends over the past couple of years. 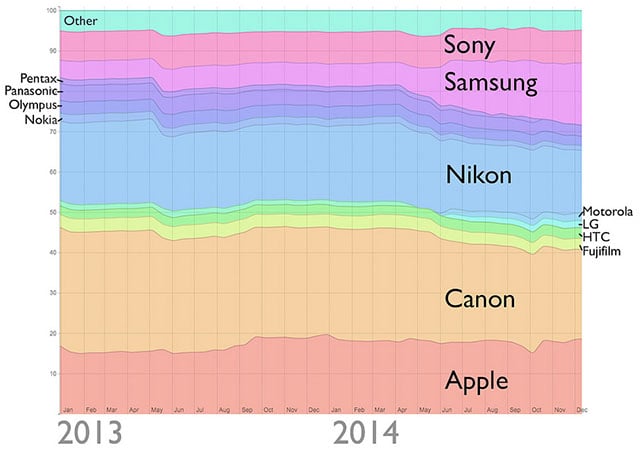 While Canon and Nikon usage hasn’t changed much, Apple and Samsung both grew in their shares (1.9% and 2.1% increases, respectively). Kodak also dropped off the map in 2014, going from 1.5% of total usage to very close to 0. In general, smartphone photography has grown quite a bit in the past couple of years. 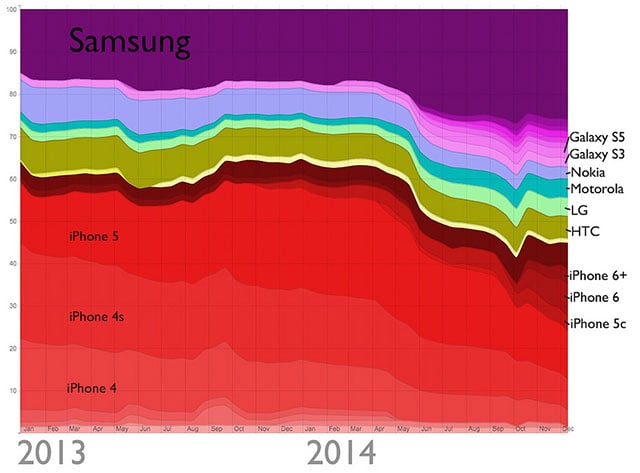 Android camera usage grew strongly in the latter part of 2014. Apple is still the heavyweight when it comes to smartphone shooters on Flickr, but Android usage appears to have much more upward momentum. Nokia also dropped from 8% to 3% of cameraphone usage. 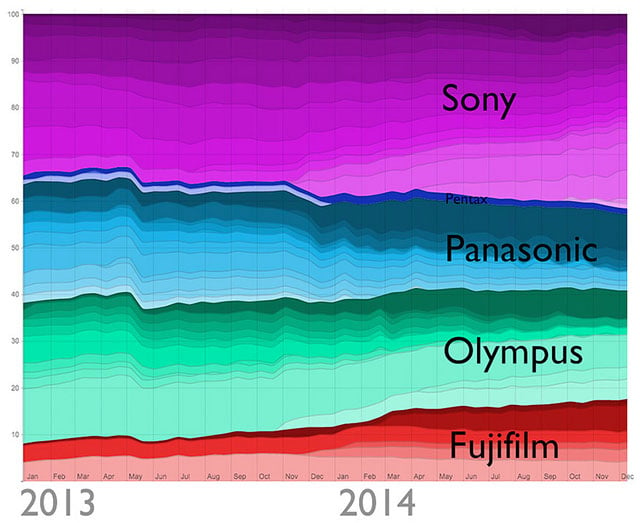 Finally, the mirrorless camera industry has also seen quite a bit of action. Sony and Fuji have both seen their usage increase, Olympus share has somewhat held steady, and Panasonic appears to be losing some share to its competitors.

Nighttime Photos of NYC Captured Out of the Open Door of a Helicopter at 7,500 Feet